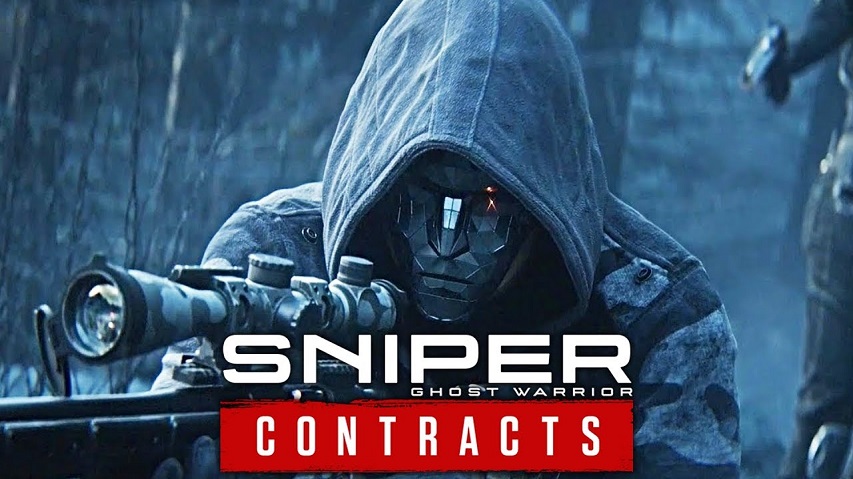 CI Games released their Sniper Ghost Warrior Contracts on consoles and PC. It’s a standalone game featuring the same sniping action-cum-stealth gameplay of its predecessor Sniper Ghost Warrior 3. The difference this time round is a condensed version omitting the open-world flavour and brotherly story elements. Instead, players assume the role of a lone operative mercenary tasked with taking out various targets in a fictitious Siberian setting. Cue lots of slow motion bullet shots and unaware guards. Is this worth the price of entry?

To begin, once the opening pleasantries are out-the-way, players take on a simple tutorial mission which provides a neat overview of the gadgets and sniping mechanics. This is good except once the game starts proper it’s all taken away from you so you’re having to start from scratch.

The game presents five key-locations where progress is barred until you complete each area’s contracts before moving-on to the next. These consist of killing key-personnel, collecting documents and the odd bit of sabotage tossed in for good measure. What is neat is each area allows for completion of said contracts in any order and without time-constraints unless you trigger an alarm. This approach lends itself well to the fairly open-maps which offer neat and strategic ways to traverse them. The map design is perhaps the game’s greatest asset aside from all the sneaking about. Finding alternate paths and points to snipe the enemy is key to success here and all the fun. The game offers an interesting set of parameters for completion.

Once you finish a contract, your handler directs you to a extraction point. These are somewhat puzzle-like on some maps where if you’ve stealthed past enemies you might need to backtrack again. In some instances especially on the final contract of each area, the last extraction zone might require a trek and and half where it’s not entirely obvious the route you need to take. There might occur some player frustration here as a result. Players can stack each contract though and not extract until they are all complete which is the most intense way to play.

Players adopt an approach which suits them which can include guns-a-blazing although obviously with a title such as Sniper Ghost Warrior the onus rests on stealth play or ranged attacks. It’s pretty satisfying finding a neat spot to camp, tag each enemy with binoculars and then take them out one-by-one without raising an enemy alert. It’s not entirely easy to pull-off though as there are high enemy numbers on each map. Interestingly, players can adopt a hands-on approach and sneak around or past enemies undetected or slitting throats netting valuable Intel such as guard and supplies positions in the process.

Enemy AI is reasonable here reacting to dead bodies and any noises, although guards will eventually return to their normal status over a short period-of-time if they haven’t flushed your position. This is obviously in the remit of remaining fun for the player rather than total realism. Campers expect a heavy dose of mortar-fire or hunting-parties to creep up on them. It’s interesting how players hide in the undergrowth, lockers and bins until things cool down which also highlights if the enemy doesn’t fully have a bead on where you are. In this regard the game offers a tense and immersive experience.

The shooting mechanics are refined with decent systems such as wind-speed affecting the bullet path and bullet drop over longer distances. It’s pretty easy to master, although playing on the default setting perhaps a little too easy especially if coming from the previous game.

Between each mission players upgrade their character’s abilities with points earned from completing contracts and the bonus challenge objectives. Completion of these nets tokens which enable the upgrades and weapons mods. Although mission completion earns plentiful cash, the tokens come in as most valuable and are naturally harder to acquire. You’re able to return back to each zone and replay again to acquire the extra tokens you might have missed the first or second time. The gadgets, upgrades and weapons mods offer a variety of bonuses ultimately making the game easier. However, it’s quite possible to complete the game without any upgrades. At least you’re given choice and reasons to experiment with alternative load-outs and skills as you dive-in again.

Visually, Sniper Ghost Warrior Contracts looks and plays well with great visuals at times using Cryengine. The kill-cam is a neat touch although hardly original and easily disabled if it disrupts your playing beats. However, the new dismemberment feature is quite nice and highlights how powerful your weapons are. Performance is actually very good on PC running at max settings and 4K resolution with the game mostly keeping 60 frames per second but dipping to low 50s at times. That’s with an RTX 2080 Ti. With a wealth of advanced graphics options to suit, the game should run reasonably well on most systems. Audio comes in as pretty standard fare with the usual radio chatter, briefing intros and ambience you would expect. Our protagonist doesn’t really talk much overall though. The music suits the action or stealth, although one track has distant gunfire sound effects which is off-putting when it kicks-in.

In terms of replay value and game length this will depend on difficulty (of which there are three levels) and how thorough you are. The game comes designed for replaying levels to gain extra tokens as previously mentioned. It’s also fun to dive-in again for a different approach. The core game should put you into double figures play time if you adopt methodical stealth rather than shooting your way through. The maps sit on the large side and objectives spaced apart making them hard to find at times. Whilst there isn’t a massive number of weapons to unlock by the end of the game players should have plentiful resources to unlock them all.

Sniper Ghost Warrior Contracts then is a neat version of its predecessor perhaps taking away the open-world bits which some might have found unnecessary. However, the story feels less involving as you’re essentially a killer for hire with no personal investment. In this regard the story is somewhat dull especially in comparison to the previous game.

Whist the game offers an optimised playing experience focusing on neat mission ideas, it’s essentially the same gameplay loop repeated. It’s not all plain-sailing either. The number of bugs and glitches really let this build down considerably. In some instances game-breaking. For example, replaying already completed areas failed to allow you to complete more than one contract. There were numerous times when enemies would stick to props or the player character unable to move in or around certain props. At one point we crawled under a train and that was it. Reload checkpoint as we couldn’t get out again. It’s all rather untidy, and whilst a day 1 patch and subsequent tweaking will no-doubt improve things, there looks like a lot to work on to fix it all. At the end we lost all of our save-progress that’s some 12-15 hours down the toilet which we weren’t happy about.

Once all the glitches and bugs get sorted though, there is a really nice game here especially for stealth/sniper fans. Were not sure whether the “contracts” approach is a better way forward for the series but it’s certainly a cool spin-off game when it works as intended. In this regard it might be prudent to wait-and-see before diving-in head first. We’re going to give CI Games the benefit of the doubt with our review score knowing the patch should address many of the issue we had. However, knock at least 2 points off our eight-out-of-ten score as it stands right now bugs and all.