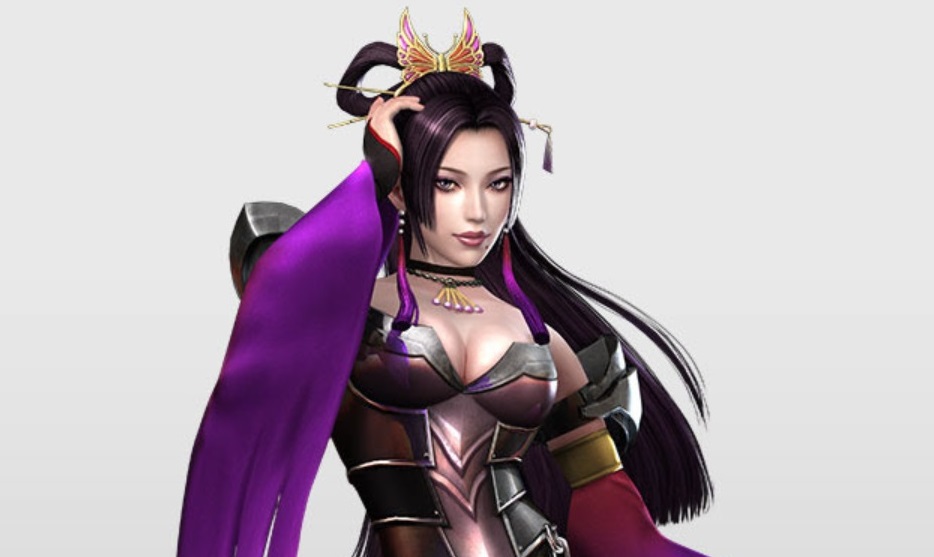 Today we’re taking a look at Omega Force latest Samurai Warriors release with the next installment Samurai Warriors Spirit of Sanada which offers gamers more Japanese hack and slash gaming on PS4 and PC. The game’s been available in Japan since last year but now has full English subtitles for the western release. With a franchise that has seemingly been around since forever, is this latest incarnation worth a look in?

To begin, players assume the roles of several characters in this long and often delightful story which tells the tale of friendship, passion, betrayal, loyalty and whole lot more. As the title suggests it’s based primarily around the Sanada clan which means during the opening and beyond you take on the role of Masayuki Sanada and his two sons Nobuyuki and Yukimura. Interestingly you’ll play as the two siblings when they are young before eventually they grow into adults. However, in between their growth there’s a lot of fighting and drama to contend with and whilst Masayuki is the head of the clan you can choose a number of characters to play as during the story with some new additions to old favourites being thrown into the mix.

Unlike the older games in the series, this game opts for a slightly different interface which is more akin to Omega Force’s other game, Toukiden. Here you can wander around hub areas and talk to the townsfolk and other warriors for info and side quests. There’s a shop to buy items and prepare medicines or boost items, a blacksmith for upgrading weapons and even a place to catch fish. It’s certainly a far more interactive experience than a simple plain menu and works well in context of the story. Aside from all the tinkering and talking you can do here it’s also the gateway to replaying missions and a new feature of being able to explore non battleground areas. It’s here where you gather resources, fight specific foes and find quest items. Again, these act as a neat side activity from the big battles gamers will be used to.

So, the meat of the package rests with the open map large scale battles where hundreds of enemies litter the levels alongside their generals and high ranking officers. The goals here are to kill many but primarily take out the opposing leader. In the early games you could cheat by ignoring all of the fluff and simply ride to the leader and beat him or her down to end the battle in minutes, but Omega Force wizened up and made the battles a lot more reactive. The leaders are gated off until drawn out which can only be accomplished once certain conditions are met. This makes the battles feel a lot more organic where actions have an impact over the battle flow. There’s also shifting day and night cycles on the fly which slightly change how you approach each battle especially if there’s a short time limit. However, it’s not all rosy and there are times when mission parameters are being spoken in Japanese whilst you’re engaged in serious fighting where important info is easily missed and before you know it one of your officers has been killed or an opportunity passed and it’s mission failure. When this happens towards the end of a battle after 20 minutes or more of seemingly winning it comes as a hard blow considering you have to start over from the beginning. Obviously Japanese players can listen to the banter to get a feel of what’s going on without having to stop what they are doing and read text which avoids the issue western gamers have. That said, there’s a new element of using Strategems which at the touch of button provides optional assistance to aid more tricky moments especially if your character is nowhere near a troubled spot on the map. These actually pause the game which helps a lot. The Strategems require special Sanada coins to be used though which means there’s potentially limited uses if you’ve not collected enough. They are collected by accomplishing set tasks or feats in previous battles and talking to specific characters in the hub areas.

Players can also switch characters at the press of a button in specific skirmishes which is a neat way of covering more of the map and breaking up the hack and slash gameplay, although that said, there’s some nice variation between the numerous playable characters who each have their own weapon styles. Combat does remain satisfying although attack moves are limited until you upgrade your character. The special attacks are always fun to use and Rage mode is a nice extra to dish out more punishment to tricky opponents. Omega Force has had years to hone their skills in this area and basically despite being a little repetitive with prolonged play feels just right all things considered.

Visually, the series has come a long way over the last few years and in this case has upped the graphics quality quite considerably. Whilst still not the most detailed of games the improvements are plain to see here with some neat lighting effects and increased overall texture detail. It’s a bit of a resource hog though on PC running at max settings where even in 2K a top spec graphics card like the GTX 1080 Ti struggles to keep the game at 60 frames per second at all times. There’s a nice selection of cut scenes as well which showcase improved visual elements which make for great viewing and can be replayed at any time in the game’s Vault area.

It’s hard to comment on the Japanese voice overs here as they naturally sound well performed due to the language barrier, but it’s the wide selection of music that drives the game throughout with some excellent pieces. There’s an option to even choose your desired battle music if you find a favourite which is a nice touch.

In terms of length there’s a lot on offer here that will take many hours to best with over 20 hours or more depending on whether you rush the story or play optional battles and partake in side activities and quests. The fact you’re not just playing through one battle after the other breaks up the potential repetition which is actually a good thing here as otherwise the game style can only be recommended in short play sessions.

Samurai Warriors Spirit of Sanada is an enjoyable story to play through and an accomplished hack and slash game from a team with years of experience. Whilst there’s a few moments of frustration with unfair mission failures the gameplay is mostly satisfying to beat up 1000s of enemies and their officers. Obviously the style of game is an acquired taste but at least there’s some elements which are mindful of not just offering the same gameplay routines over and over. In this regard the game succeeds in presenting a more involving experience over previous games and that’s worth celebrating. If you’re a fan of the series then obviously this review is meaningless, for anyone else though, if you want to dive into a series you might have overlooked in the past, Spirit of Sanada is a worthy entry point for sure and as an action game with a touch of strategy and RPG thrown in well worth a look.