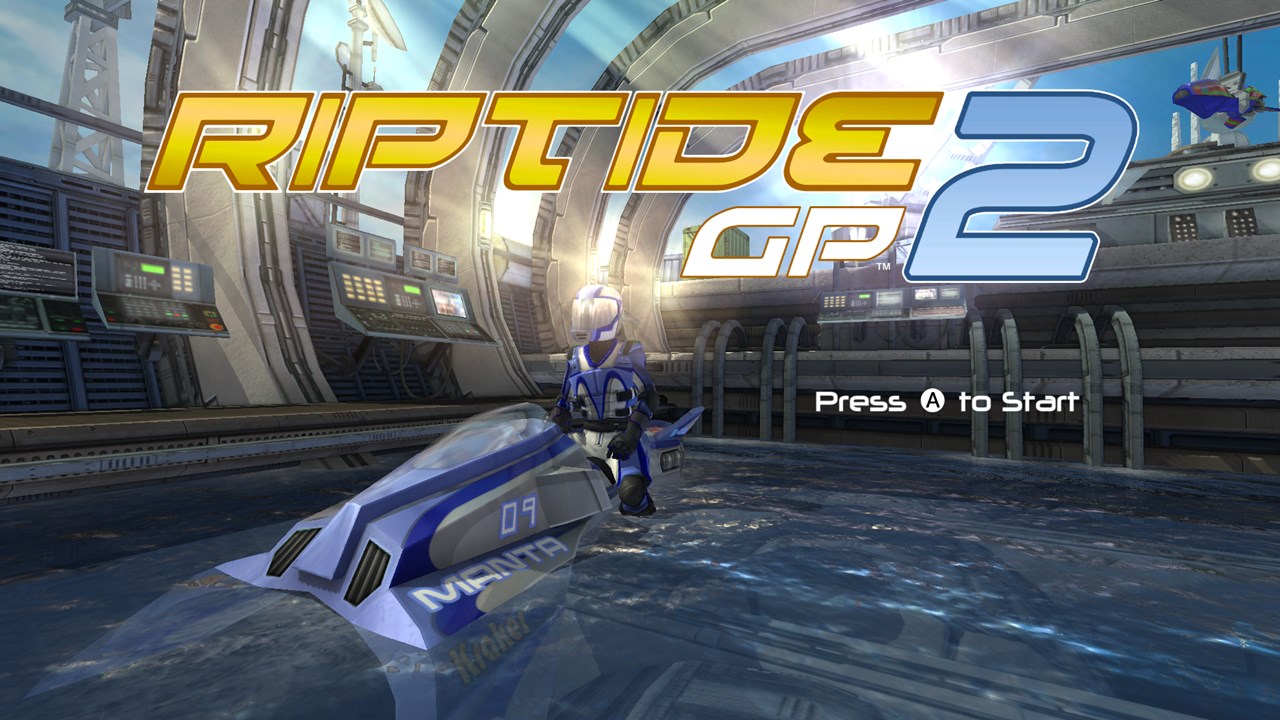 Vector Unit are no strangers to water-based racers, having gotten gamers soaked with Hydro Thunder: Hurricane on Xbox 360. Now they attempt to make a bigger splash onto Xbox One with a port of their Mobile turn PC racer, Riptide GP2. The game naturally boasts a slew of visual improvements over its Mobile counterpart, most notable of which is an increased resolution to 1080p at 60fps with further improved environment details. Admittedly, at first glance it’s not the most visually striking of racers, although in motion and at great speed flying off ramps and pulling off death-defying tricks to slamming back down into the water causing ripples to drip down the screen – it certainly has its visually impressive moments amidst all the hectic racing. 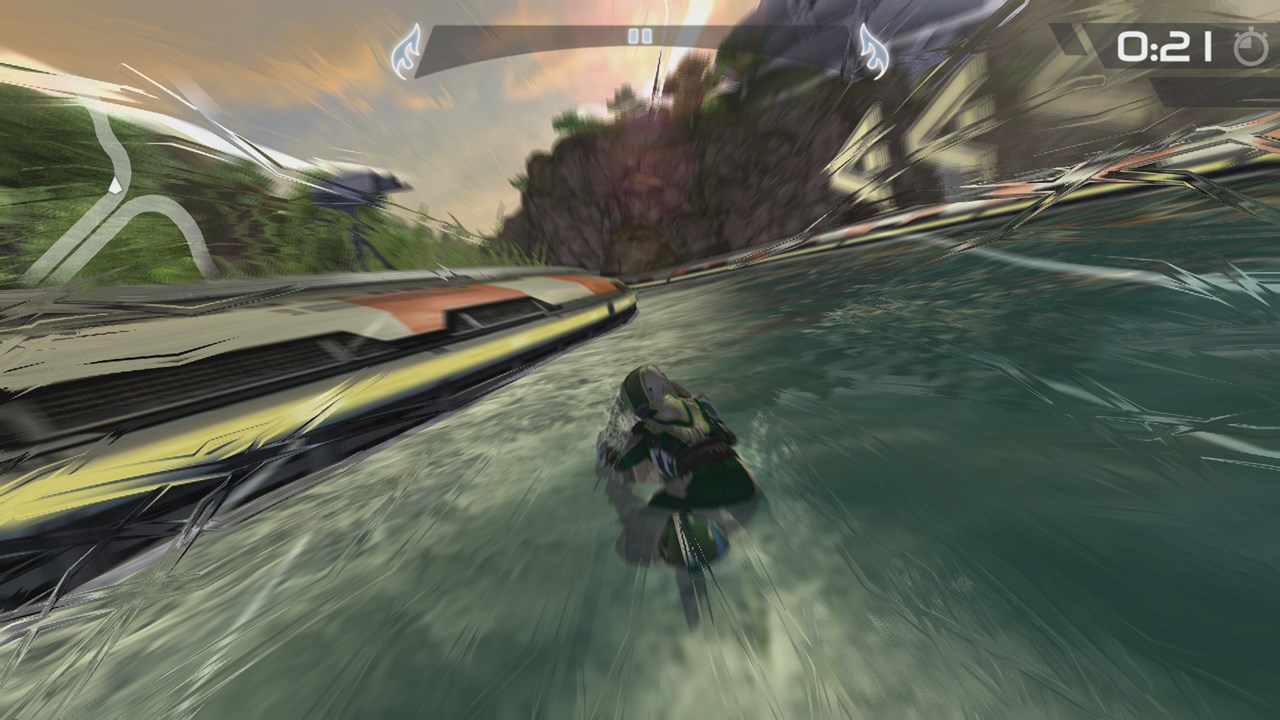 The game’s offering up of modes is simple enough, featuring Career, VR Challenge and Split-Screen multiplayer. The Career mode features a series of Championships and besting events within grants you from 1-3 stars, the total of which is used to unlock further events. Race, Elimination and Hot Lap (time-trial) are rather self explanatory, with a further event in Freestyle that emphasizes the use of tricks throughout, requiring you to pull off many daring stunts in a set time-limit. VR Challenge is the closest resemblance to online multiplayer as you race against ghosts of your friend’s best times. While it’s rather rare these days, it’s certainly welcome to see split-screen play being supported here with a total of 6-players being a rather impressive offering. However, the complete lack of Online Play is disappointing, more so because both the Mobile and PC versions feature Online Play. What happened to Microsoft’s much-touted Xbox Live service here? 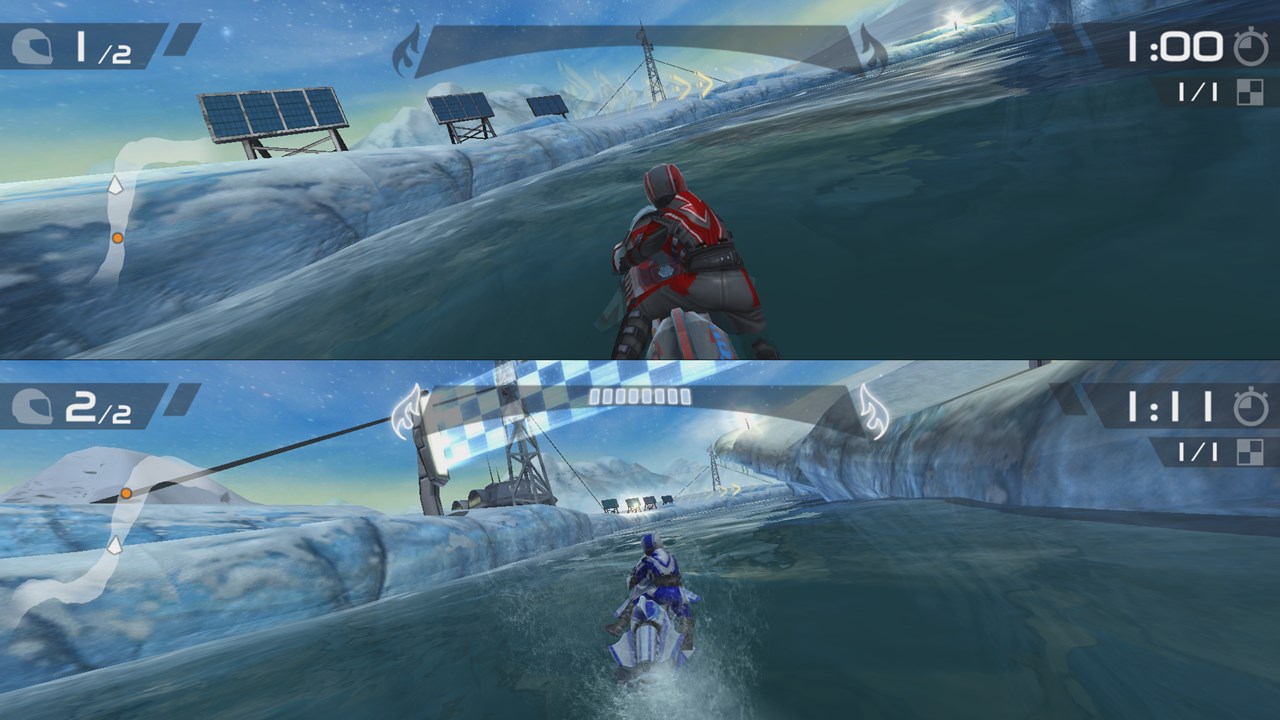 Pushing through events naturally levels you up; your reward is cold hard in-game cash and Skill Points, of which the combination leads you on to new and better things. Skill Points are primarily required for purchasing new tricks for your rider, these are especially vital to succeed through the Freestyle events. As for the money, you’re going to need to grind-through buckets of the stuff just to progress through the game. Riptide GP2’s biggest hurdle is progressing through the game naturally, which just isn’t possible. Even though you may feel like you’ve had the perfect run, it’s not long before it’s a real struggle to come 1st place in events. Fortunately you can replay events time and time again (as much as necessary) and acquire the maximum amount of money each time, thus enabling you to upgrade the performance of your jet-ski and move on to some further events and earn bigger money. Progression comes to a grinding halt frequently, to the point where there’s a real need to just repeat as late a track as possible for a bigger pay-out, and one that you’re comfortable with, and simply just, as boring as it sounds – rinse and repeat. Eventually you’ll have enough money to buy yourself a decent Hydro Jet like the Manta or Scorpion, and actually from that point are free to start enjoying the game with a sense like you are then progressing naturally. 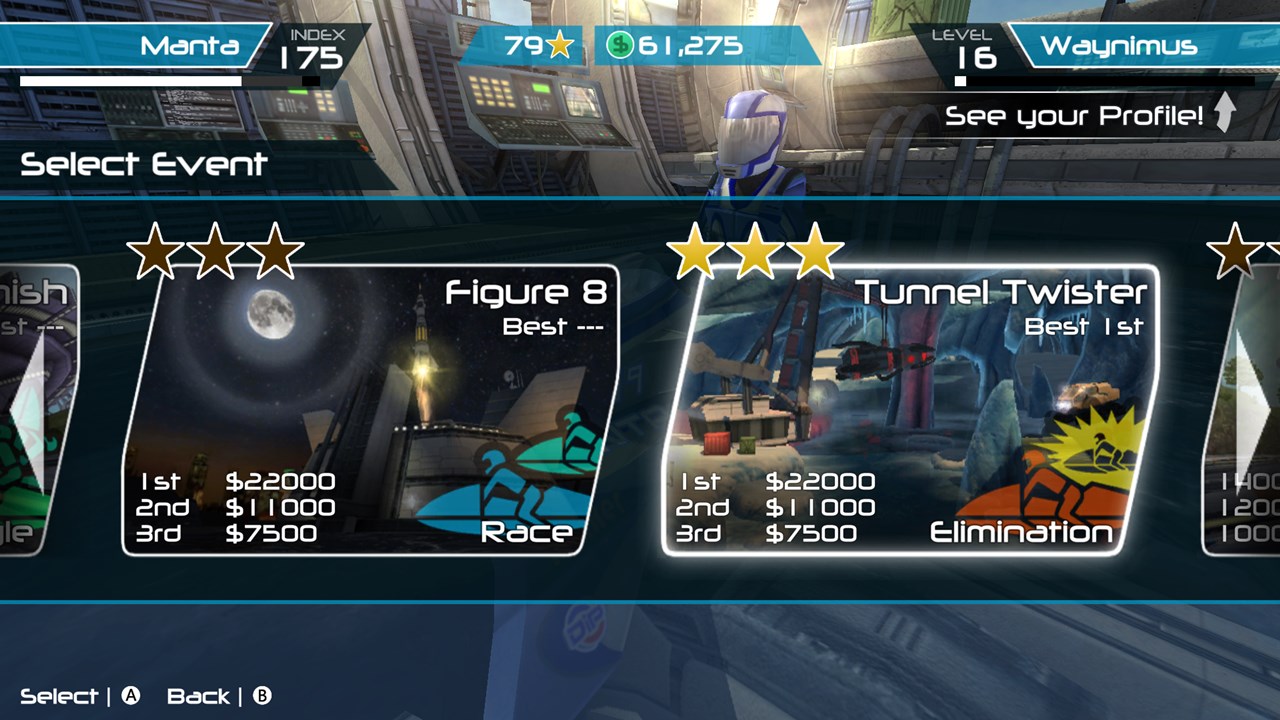 Riptide GP2 certainly has a few issues, particularly with initial pacing and progression, which is rather a common problem that many games seem to now force upon the player. Fortunately, given its pricing much of this can be overlooked once such hurdles are overcome. Despite some flaws, Riptide GP2 is a pleasant and much deeper racer with its trick system than I had anticipated. If you’ve got a couple of quid burning a hole in your Xbox Wallet then Riptide GP2 is an easy recommendation that’s actually rather enjoyable once you get past the required grinding – whether you’ll have the perseverance to do so is another matter.