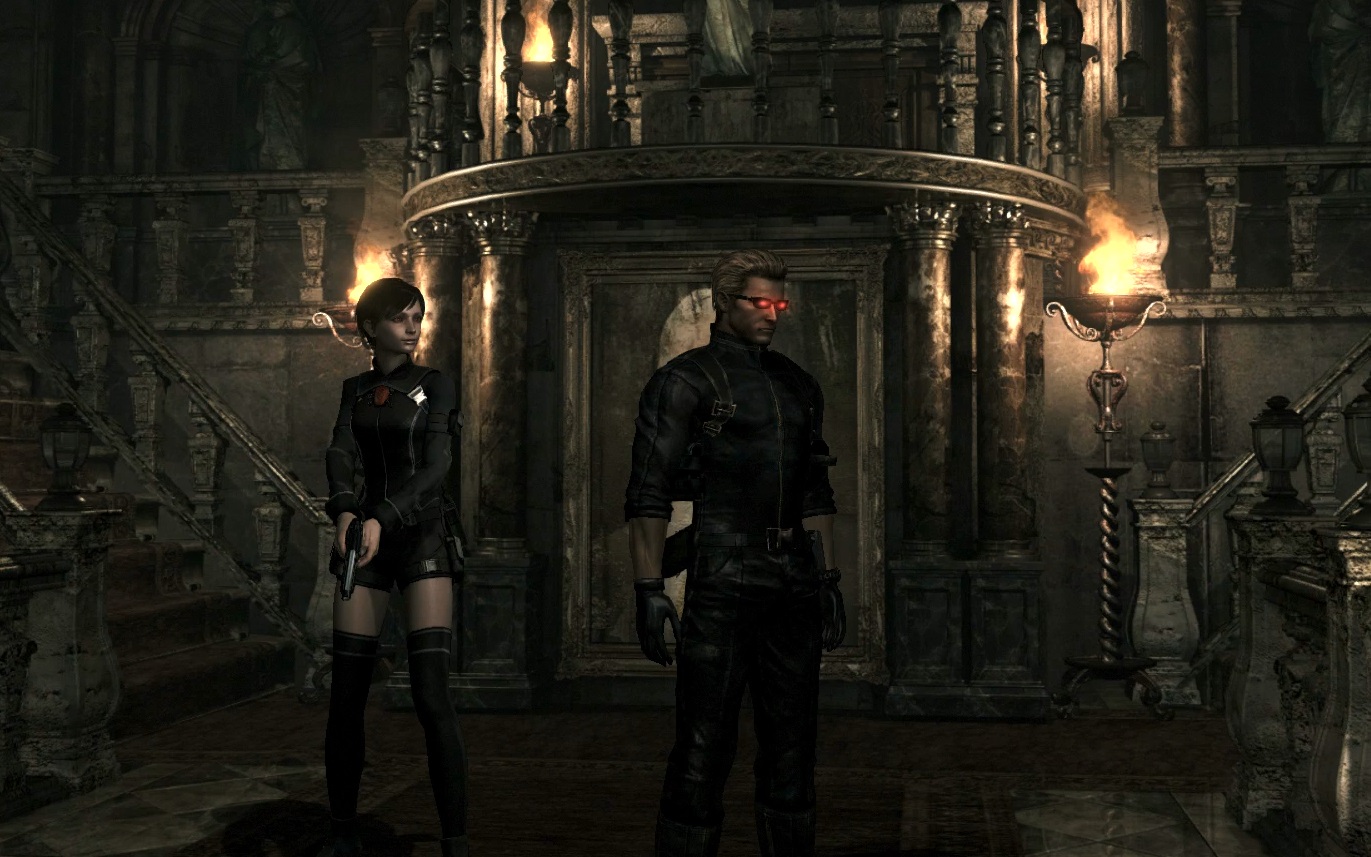 Capcom brings its second Resident Evil game remastered for a new generation in the form of the once Gamecube exclusive and prequel to the original game Resident Evil Zero. With its aptly titled Resident Evil Zero HD Remaster is the survival horror adventure with STARS member Rebecca Chambers and escaped convict Billy Coen worth jumping into once more. Take a look at our review for the full picture.

Today we’re going back to the beginning of the Resident Evil series with the prequel game Resident Evil Zero HD Remaster which comes on most platforms and offers the usual increased resolution and detail as we’ve seen with last year’s Resident Evil HD remaster. This time players relive the classic dual gameplay from the Nintendo Gamecube which first released way back in 2002. Players assume the roles of STARS member Rebecca Chambers (who we briefly controlled in Resident Evil during the Chris campaign) and escaped convict Billy Coen. Unfortunate events throw the two oddball characters together on a ride to hell and makes use of some interesting gameplay features which weren’t ever replicated in any other games in the series.

In a nutshell, players can hot swap between the two characters at any time making use of Billy’s extra strength or Rebecca’s cunning and agility. There’s also some very minor unique items each possess which come in handy for solving certain puzzles. The main focus of the game aside from when the two characters are exploring and surviving together is splitting them up and solving the mystery as they venture deeper into the game’s depths. It’s a neat system which keeps the game fresh albeit one that can offer some confusing moments where it’s not entirely clear who should do what, but the point is, there’s no right or wrong way. Whilst it might be tempting to continually use Billy because of his extra health the game doesn’t always favour this approach.

Thrown into the mixture of collecting items and sharing them between the two characters when needed, players can drop unwanted items at any location which replaces the old fixed storage chests. Whilst the idea is a good one, it can create the need for some serious and time wasting backtracking if say a crucial item is left behind and is needed. Luckily the game doesn’t close itself off and by looking at the map screen all dropped items are displayed making their acquisition far easier than trying to remember where they are. In this regard the game’s pacing is affected but for those who are more clever and leave items in centralized zones will fare much better.

The game’s survival horror aspects are in full force here with limited ammo and healing items, and as you would expect each character can only hold so many items in their inventories that managerial aspects are needed as well. The zombie enemies make a return and this time there’s a more organic set of mutants and boss creatures to take down such as a scorpion and centipede early on. The combat works well enough although there’s some glitches at times where bullets won’t hit when they look like they should do resulting in wasting precious ammo. There’s also problems with picking up dropped or fixed objects due to the forced perspectives. On several occasions there are times where it’s difficult to line up the character to pick up an item making for some frustration.

In terms of visuals the game introduces more animated backgrounds alongside the pre-rendered 2D back drops. It looks good and as you would expect the increased fidelity offers a lot more clarity to the point where the cut scenes using CGI look decidedly dated in comparison. There’s a familiar selection of locales which don’t quite match up to the original game but do provide enough chilling scenes to keep players occupied. It’s a bit unimaginative in this regard and seems to copy much of the original game’s styling rather than making its own mark.

With a neat 1080p and 60 frames per second output, the game plays and looks smooth whilst shrouded in a sombre and unobtrusive soundtrack the series is well known for. There’s some reasonable voice acting on offer as well even though there’s less cheese as the game seems to take itself far more seriously than previous efforts.

Players can probably net around five to six hours play time on the first run if they are unfamiliar with the game and then shave hours off when speed-running. There are levels of difficulty to choose from which begs for replaying but for the most part you’ll have got the full experience the first time through. To add more longevity to the package is a Leech Hunter survival mini-game which reuses the same assets as the main story and has you collecting colour coded leech items before escaping the mansion training facility. There’s also a Albert Wesker mode which sadly is a bit lazy where rather than tell a new story from the perspective of the series main villain simply replaces Billy with the Wesker model and plays out exactly the same. Wesker has a few unique moves such as a ranged charge attack and dash move but essentially this simply replaces replaying the game with infinite ammo weapons and is far easier.

Resident Evil Zero is a interesting game for the series as it tries new ideas with its dual character gameplay. On one hand its commendable that it stands out from any other Resident Evil game, but on the other, the execution could have been better handled. There are some neat puzzle solving moments using the two separate characters, but overall the game feels a bit underwhelming despite some great promise early on. There’s perhaps too much of an over-familiar feeling due to a reliance on similar locations from the original game. That said, the increased resolution and 60 frames per second make for smooth gameplay experience which is most welcome. So whilst this is perhaps one of the weaker games in the series it’s still worth picking up to play considering its low price point. If you’re a Resident Evil enthusiast who doesn’t want to dust off the old Gamecube then this is a neat game to play for an afternoon and relive some memories in HD. If you’ve never played before then there’s much to like even if there’s vague and fiddly elements to contend with alongside the zombies.