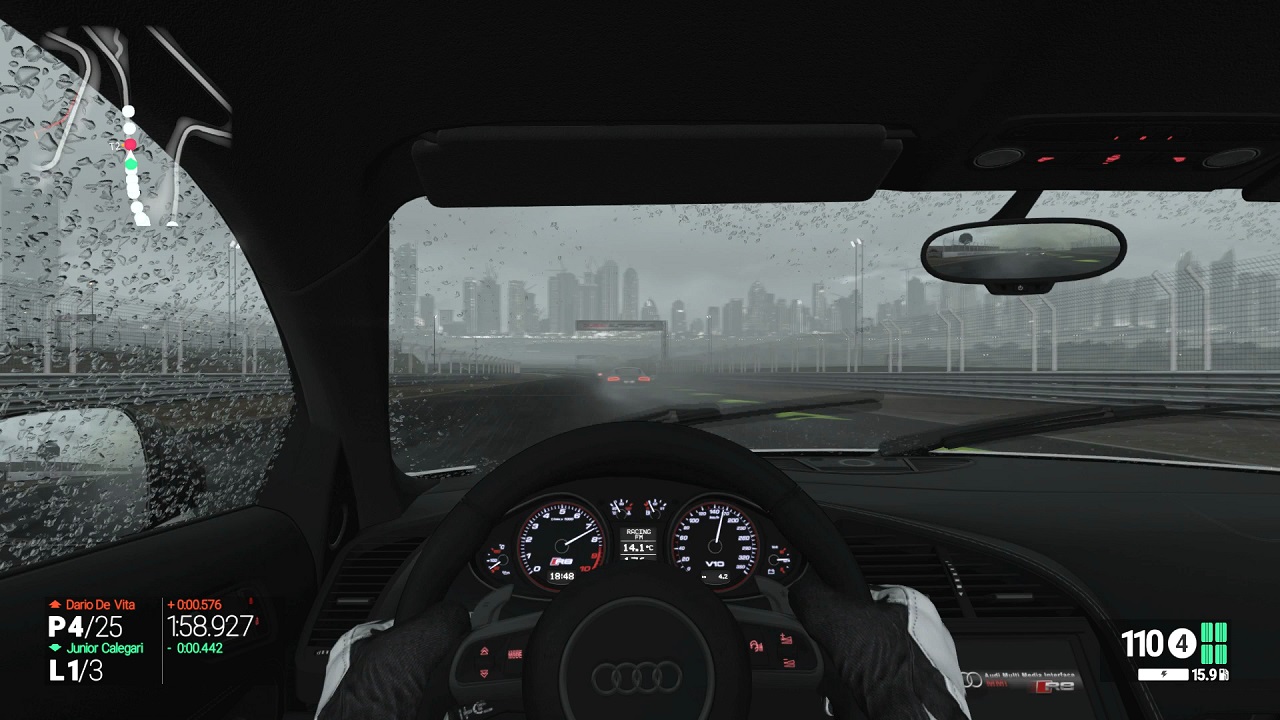 Slightly Mad Studios’ Project Cars releases tomorrow and will no doubt be favourable for racing fans across the globe. Whilst we’ve already seen a number of racing games of a similar ilk on Xbox One, PS4 and PC in the last two years they have each had their own flavour and style. However, what is rather impressive is how much tuning players can do with the Project Cars set up whether that be the graphics options on consoles to how the vehicles handle. What’s perhaps synonymous with our most recent racers is how there’s now a shift towards changeable weather and lighting patterns whilst racing. Forza Horizon 2 accomplished this very well, as does Driveclub and now Project Cars offers its own take. However, what’s neat here and in keeping with the rest of the game’s tuning options is being able to assign up to four slots of weather conditions to occur during a race. We put those options to the test alongside having the game shift from day to night in our Project Cars time and weather conditions demo video which you can view below. In the video which start out during the late afternoon with clear skies, shift into an overcast downpour during dusk and then head into the night with a thunderstorm before clearing again. Whilst it has to be remembered that these are optional facets players can add to custom races their inclusion is very much welcome and something we hope will be a standard for any future racers on current gen systems and beyond.