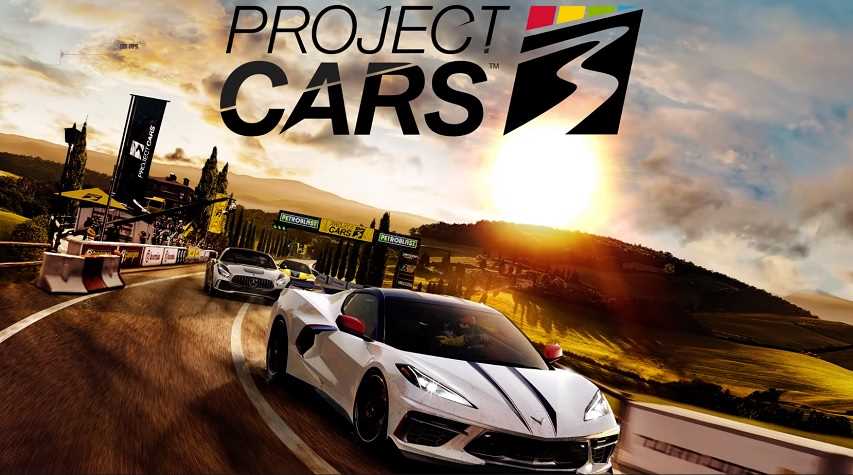 Slightly Mad Studios released their arcade like racer Project CARS 3 recently on consoles and PC. It sprints-off the starting grid complete with a VR mode and the usual bells and whistles events. However, its departure from sim racer to more accessible arcade game might not please everyone and then there’s Microsoft’s Forza series. Is Project CARS 3 then a worthy entry in the series or bit of a dud?

To begin, Slightly Mad Studios obviously have taken a look at their Project CARS games and wondered how to make them more appealing. This is pretty much apparent as soon as you launch the game. Slick narrated intro sequences, even slicker menu options and a real simplified approach to getting into the meat and two veg of racing. It’s Project Forza 3. Sorry, I just had to put that in there. Perhaps there is no harm in trying to copy the success of Microsoft’s formula with their Forza games, but as a player of the previous two games it comes as a bit of a shock actually. Maybe my expectations should have prepared me better for this.

Anyhow, once I calmed down and got used to this new approach I found Project CARS 3 to actually be a competent and fun racing game. No, really, it is. Let’s get the pleasantries out of the way first. From the main menu you can choose from a variety of options including a career mode which just feels like standard fare to me. It’s the usual, start with one low-class vehicle, enter events, rack-up stars for completing set challenges within those and progress to better vehicles until you reach the pinnacle of arcade racing. You can just avoid all of that though and jump right into any race you choose with neat starting selection of “borrowed” vehicles. I say “borrowed” because outside of the career mode which earns you cash and XP for your exploits, you only have access to a limited number of vehicles. You need to unlock the rest with your racing riches which as you can expect is a bit of a grind.

I found dipping in and out of the career, then letting loose on one of the open bespoke races to suit my play style a lot better than the long slog of just playing career first. That’s not to say career isn’t interesting, even if there are no go-karts or lawn mowers this time. Actually, scratch lawn mowers. The wealth of options remains impressive though with a good selection of real world circuits, including the rather colourful Shanghai as a new entry. I found tinkering with the weather options and daylight hours pretty cool as well, although this isn’t anything new. It’s nice being able to start a race during a sunny afternoon, them as your hitting the final laps switching on the headlamps as you dart around in the dark and pouring rain. At least this iteration of the Project CARS series keeps these options. I think there would have been cries of “it’s dumbed down” had it not included those.

The actual racing feels fine though even if the default settings steer you towards a more arcade experience complete with overly aggressive blocking cars (although there is an option to tone the aggression down or turn it up). I like it, but I fully understand others might feel frustrated they don’t need to warm up tyres to get a better grip on subsequent laps, or they can brake late and take corners with ease. There’s a bevy of options though to make the arcade less assisting of your efforts. It’s possible then to create a more sim like experience, kind of. Numerous views offer a nice look at the vehicles and one thing that has to be mentioned is the sheer number of cars you can have on the track at any given time. That really impressed me although in some instances reminded me of the M25 on a Friday evening bumper to bumper. I jest. No, it’s quite impressive and obviously Slightly Mad call on their expertise to offer this type of crowded rubbings racing experience.

I like the audio/visuals in this game although if I am honest, they don’t hold a candle to that other game I keep mentioning in this review. Still, they are nice and more than functional with a decent amount of track side detail. Cars also look pretty nice in the showroom alongside some customisation options to give them a unique look. Performance is very much dependant on your rig, but for me I had no troubles keeping above 60 fps where it counted, but I feel the game could do with a little more optimisation in places.

I did try some VR but found that to be a mixed experience. Not as smooth or as good looking as the previous game. I think this really needs more work on getting it well optimised. It’s a nice feature to have out of the box though, so I am very appreciative of its inclusion here. I’m not going to spout how much more involving VR play is compared to 2D, but it is. One thing to make note of regarding optimisation is I found stuttering in the main menu and showroom which seemed to not occur during actual racing. That’s something to be mindful of. You have all the same gameplay modes in VR as you do in 2D although visually you might have to spend some time tweaking the settings to suit your setup.

Project CARS 3 offers hours of entertainment if you like pure racing. As mentioned there’s a nice selection of tracks 120 I believe, over 200 cars and you can now challenge others in a community based rivals mode or race head to head in multiplayer if that’s what you like. It’s not a game to get bored of in one weekend.

My verdict on this game then. On one side I’ll be honest and say I am a little disappointed they have so brazenly copied the Forza formula. I also miss the sim like racing of the previous game. I do like the racing though. It’s fast and on-point for an arcade-sim type racing game. It’s a more accessible game without a doubt, but I think in providing that, it has left some fans out in the cold. Taking the game at face value then, and it’s good, not mind-blowing, but functional and pleasing. VR support definitely needs some work to get it up to speed though. Ultimately, I found it solid fun, and that’s what counts despite any grievances I had with the game’s general direction.