Resident Evil 6 released earlier this year to mixed responses from the gaming media and fans alike, but what is perhaps interesting is how many players have opted to use the online functionality of the game. With Resident Evil 5 paving the way for a co-op experience, and the less than perfect spin off Operation Raccoon City highlighting how online play can have an impact on the series; it’s interesting to note that of all the people who are reported to have purchased and played the game there’s quite a high number of players who bypassed the multiplayer for whatever reasons. 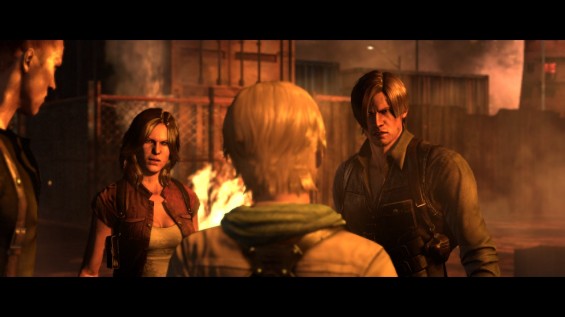 It’s likely some will not have Internet connections, but is this figure so high that it sits in the 30 per cent range? A quick look at the stats according to the ResidentEvil.net figures for Xbox 360 suggests that approximately 973,000 gamers have played online over the game’s lifetime. The total sales of the game according to estimated figures suggest 1.4 million units have been sold on the Xbox platform.  This suggests that 68 per cent of gamers have played online and 32 percent have not unless there’s something skewed with the Residentevil.net stat tracking. There is a similar story over on the PS3 where 33.5 per cent of players have not played online.

What can be speculated from this information – is that approximately a third of gamers don’t have their games consoles hooked up to a decent net connection, or worse, many gamers simply ignored the online portion of the game.