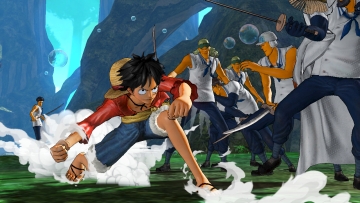 Namco Bandai released a new announcement trailer for their One Piece Pirate Warriors which is coming to PS3 in the summer of 2013.

Join Captain Monkey D. Luffy and his crew as the crazy hunt for the One Piece continues in the mysterious and dangerous ‘New World’.
In addition to loads of new stages, characters and game modes, it will also include previously unreleased arcs such as Skypiea and new characters including Eneru for the first time ever on PS3.