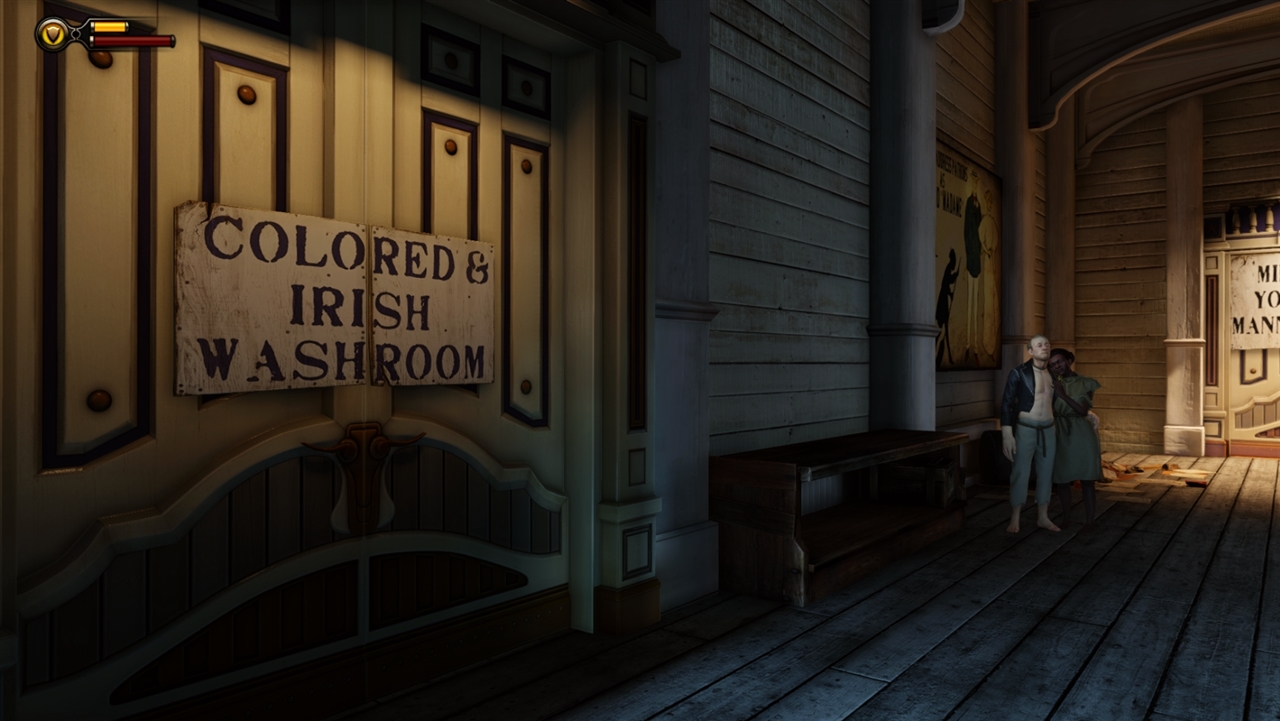 Bioshock Infinite interweaves a lot of suggestive themes into its plot although these can largely be ignored or placed on the back burner in favour of the overarching plot of rescue and escape. However, looking at the themes of white supremacy and religion the game so readily purports via its audio and imagery, it’s a little disappointing that Ken Levine and the rest of the creative forces at Irrational Games didn’t go a little deeper with their window into the American history.

It’s obvious, the inclusion of racism, persecution and fear are all elements tuned to create the game’s wonderfully rich atmosphere, but much like the opening of the game, in a way, the execution simply comes across as acts to be viewed at the fairground with no real merit beyond the initial shock factor. It’s brazen and bold to include such themes in a contemporary and mass appealing video game, and perhaps the team felt delving  deeper would detract too much from the main essence of the game; however, history is important and sits well as a compliment to the storytelling – despite the fact that Infinite is based on pure fantasy.

As the video shows, segregation as seen in South Africa’s Apartheid and how things were back in the 1900’s is an ugly truth which makes for interesting viewing considering western societies have moved far forwards from those times. Bioshock pulls no punches with its seeming history lessons, but goes no where with its impacting message other than using it as a catalyst to a future and expected plot device within the story. What’s the actual message here, that Americans have an unruly and ugly history much like many nations, that the underclasses will rise up and take over. Is it a narrative contrast to how we live today and a window to our past? Either way, it’s good that there was no fear in presenting these elements within the game, that players would be mature enough to understand its inclusion, but perhaps could have had a deeper impact if there was a little more of a message behind the presentation, beyond simply bolstering an expected outcome.