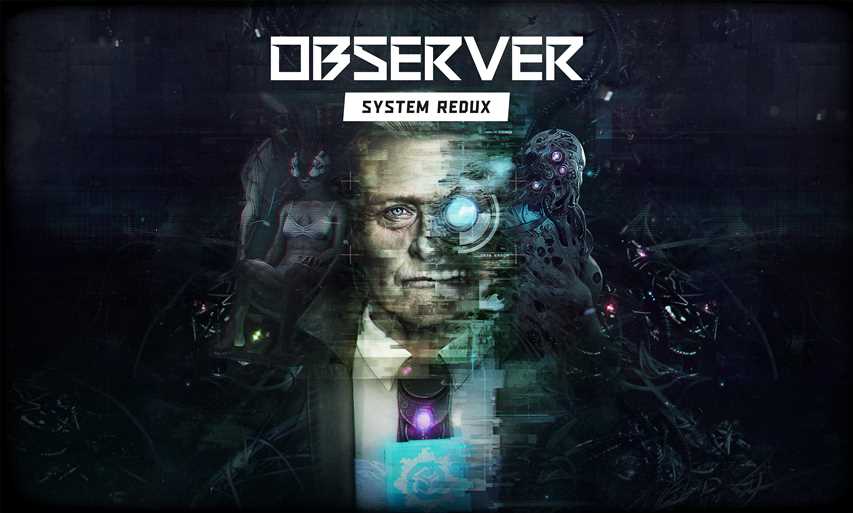 Today we’re taking a look at Bloober Team’s Observer System Redux which released on PC and next gen systems (Xbox Series & PS5). The game presents some intense sci-fi adventuring fused with cyberpunk themes. At its heart there’s a walking sim-cum-adventure game here, where you play as Dan Lazarski (played and voiced by the late Rutger Hauer), a neural detective or Observer set within a technologically advanced future metropolis in 2084. The question one has to ask from the off is, did you already play the original Observer which released in 2017? If you did, then your enjoyment might be somewhat different to those coming in fresh. With this in mind, is Observer System Redux with its new quests and graphics overhaul worth diving-into again?

The story kicks-off with Lazarski in his vehicle, who receives a strange phone call from his son with whom he hasn’t been in contact with for some time. This sparks an inquisitive mind, but what begins as an investigation into his long lost son, manifests into something a far more sinister and murderous. Such is the story-driven nature of the game it’s perhaps easy to spoil events which ideally need experiencing first-hand for full-effect. That’s all we’ll say regarding story specifics. What we can say is, there’s a lot of mind-bending madness, some really interesting and dark side-story lines that you could easily miss if you’re not thorough, and gruesome discoveries within the dark and twisted residential tower block. The game allows you the freedom to take-up these extras or ignore them entirely which is an interesting choice.

Gameplay comprises of talking to people, but not in the normal manner you might expect. You’ll spot more pigeons flying around than anything else. Conversations are mostly via knocking on apartment doors and questioning the occupants. A small video screen displays a warped view of the person talking and doesn’t give much to go on. However, thanks to clever script-writing you’ll become intrigued by the personalities you encounter and the stories they tell. Some occupants naturally come-across as pretty creepy, whereas others deranged souls with whom you cannot help. That said, all leave an image in your head as to what’s on the other side of the door, even if you can’t actually enter. Whilst this approach isn’t going to appeal to the impatient, some very interesting discoveries lie in wait for those who dive a bit deeper considering you can actually skip a lot of the door knocking investigations if desired. The game doesn’t hold your hand here, so it’s up to the player to “investigate”. In part, this approach works, but on the flip-side means you can miss content, such as the new quests that were added in this version.

During various moments Lazarski can use his tools to scan crime scenes which enables him to piece together what’s happened and unearth new leads. There are three vision modes to swap between which gives the game a CSI like flavour. The interface works well, making you feel a part of Lazarski’s world which is neat. There are alternate means of investigation and something unique to the Observers which allow them to jack into peoples minds (including those who have passed away) and dive into their past. This is often a harrowing experience where some puzzles are thrown into the mix alongside confusing navigation and warped imagery that completely throws your senses around like a ragdoll. The visual audio experience here is second to none and whilst there’s the odd jump scare, it rests more on the side of abstract mental than pant wetting horror.

In terms of visuals, the game looks wonderful on PC especially in 4K with excellent lighting, texture detail and shadow effects. The futuristic look affords plenty of finer details, although it’s a shame we can’t explore the wider world outside of the confines of the apartment building. There’s an overarching darkness to the locales and at times some claustrophobic elements thrown in to keep you on your toes. The vision of the future is very much realized well here and then some, with fine details and warping imagery to decidedly pull you into its world without remorse. However, the Redux version seems to be overall a lot brighter, in places. It certainly looks different and the one character model you do interact with has a visual upgrade. You’ll also spot Lazarski in any reflective surfaces and with new scenes added see his character model often. It’s a neat touch and something that was absent from the original.

On a technical level, there are some moments where the game chugs a little dues to less than perfect optimization, but for the most part the experience feels pretty smooth even when playing in 4K. A selection of options are available so you can tinker to get it right with your set-up although a good sweet-spot is running in 2K to maintain 60 frames per second. Obviously on lower end systems reducing to 1080p is more feasible. The inclusion of ray traced reflections is neat, but as you would expect there’s a noticeable performance hit with it enabled. It errs on the side of subtle, aside from those moments where you see Lazarski’s reflection. As a side-note, as of yesterday a new patch released which help stabilise the frame-rate. We noticed this especially running the game at max settings, 4K with our RTX 3090.

The game’s audio barges its way in to suit the visuals here but it’s Hauer’s laid-back delivery which is the icing on the cake. This was a moment of contention for some people who feel the delivery is underwhelming, but it does suit the character. Lazarski never sounds surprised during his investigations, making for a robust performance of a man who perhaps has seen everything throughout his career. It’s easy to forget, this isn’t his first day on the job. A special note to some of the responses during the door-to-door investigations which might cause a smile here and there. Bloober Team made a good choice using various talents for the maddening characters.

In terms of length, you can complete the story within 5-7 hours, possibly less if you’re speeding through. However, there’s lots to miss by doing so included the new quest content. Bloober Team suggest the Redux is around 30% longer than the original if you complete all of the extra content. There are multiple endings and at times different choices to make during conversations. Then there’s looking off-the-beaten-track for collectible cards which show members of the development team in various cyborg states. Finding all these adds some time to the overall play time due to being more thorough.

Observer System Redux looks great and thankfully plays excellently as well. The new content is nice to have and offers additional twisted and perverted happenings for Lazarski to uncover. The visual overhaul is pleasant, although a shame the game didn’t include the original visuals as an option to toggle. That said, it feels fresh to revisit the game here after enjoying the original release in 2017. If you’re not a fan of walking-sims, then the pure assault on the senses might mean this could be an exception for you. It’s an engaging investigation, full of neat touches. The only negative, aside from not being able to explore more of the game world, are moments where progression forwards feels a little too-contrived or unclear, but this is a minor niggle. The core game, its character Lazarski and the world around him make for an exceptional journey for players that comes recommended for anyone with an interest in cyberpunk/sci-fi adventuring. Action gamers need not apply though.