Bandai Namco Games/CyberConnect2 releases the next Naruto game on consoles and PC and with it comes more arena based fighting action and storytelling from the popular animated TV series and Manga. It’s a bit hard to determine whether the game is open to new players because although it’s easy to just jump in to the fighting using a vast selection of fighters, the problem lies in the story elements being quite vague unless you’re familiar with who is who and what is what. You could argue playing the previous games helps but to really get the most out of this game some knowledge is definitely a must.

So, you’ve got choices when you boot up the game with the aforementioned story mode, a versus mode, league and tournament battles, online versus and an adventure mode. So in all there’s quite a lot on offer which then goes back to whether you can enjoy all of these without any knowledge of the series. Again, you can as having plentiful options to mess around with is always pleasant and good for sustaining interest. 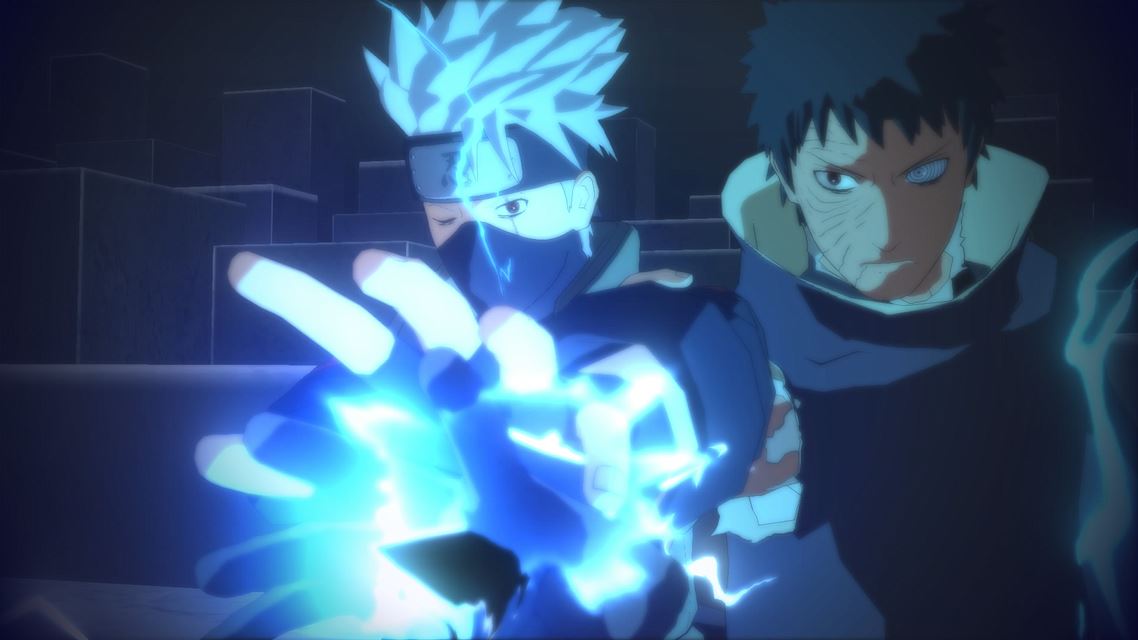 Sadly though, having lots of modes doesn’t necessarily translate to instant awesome and in the case of the Story and Adventure modes they are a bit dull to be honest. The former has plentiful scenes played out using clips from the TV series and then switching to the game where key battles are fought. The latter has Naruto and chums wandering around various populated 3D areas undertaking tasks and again engaging in battles with key opponents. There’s a twist to some fights as modifiers are employed to make the progression to completion more challenging. The adventure mode is an interesting idea and one we’ve seen before, but just feels a bit lacking due to the stagnant nature of the locales and limited interactions. The fights here try to mix things up with a bit of variation but it’s still the same thing as the other modes on offer tied to no particular story and just random tasks.

Where this game comes alive is just choosing a character and a couple of team mates and then jumping in to one of the many authentic stages and battling it out to the end. The combat system is still very basic compared to other fighting games with a simple singular attack button, evasive dodges, ranged attack and limited counters combined with charged up specials. It’s easy to get into and you’ll come across a varied amount of opposition who use different tactics such as ranged and countering moves against you. It’s great that you’re able to tag in your two team mates at will and the screen filling specials which interrupt the flow a little are mostly a joy to behold (the first few times at least). The simple nature of the combat system means its fun to play and although the AI can be a little too easy at times there’s a solid feeling of being powerful when fighting which fits with the TV series. 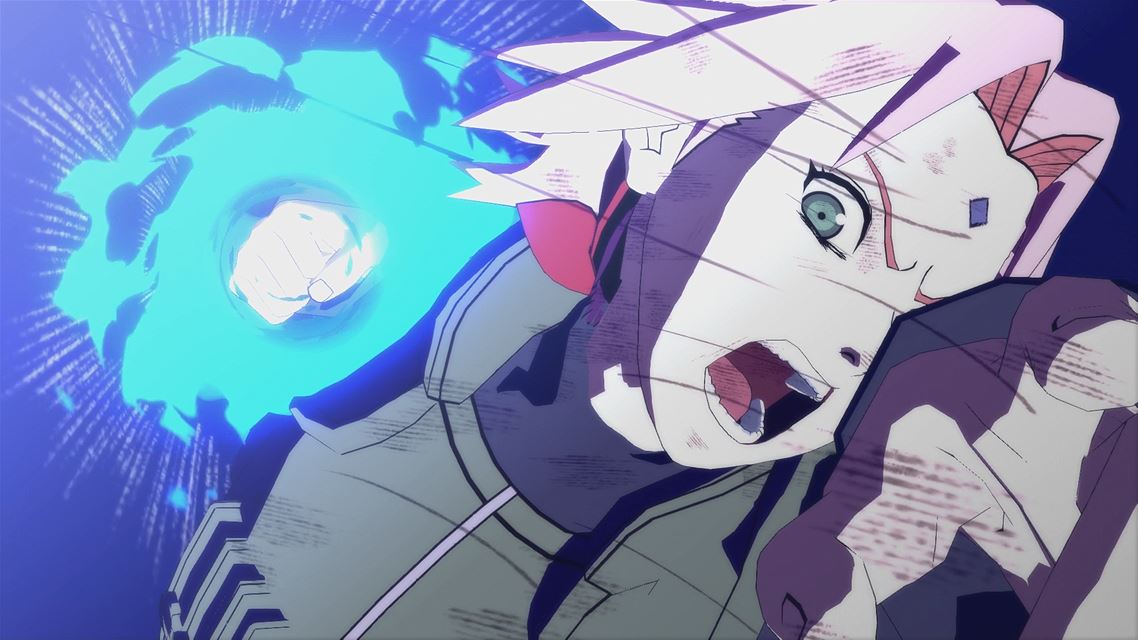 Graphically the game looks rather impressive with its effects and distinct visuals which match the animated series even if it’s locked at 30 frames per second and would benefit greatly with an increase to 60. That said, there are issues of major dips especially in the adventure mode which are quite impacting and prove the console versions at least struggle a bit. That said, all can be forgiven thanks to the authenticity on offer and relatively smooth gameplay when fighting. Another issue is the quality of the video images from the TV series which lack clarity due to low quality. Audio is of a reasonable standard with authentic voice overs and catchy tunes although much of the adventure mode dialogue is relegated to text only which is a shame.

With all that’s on offer here there’s no denying it’s a game filled to the brim with things to do and in this regard comes as great value for money for Naruto fans. With its huge roster of fighters, online or local play and the distractions of the Story and Adventure modes means you can be playing for quite some time. It’s a concise package that delivers on content with no want for more. 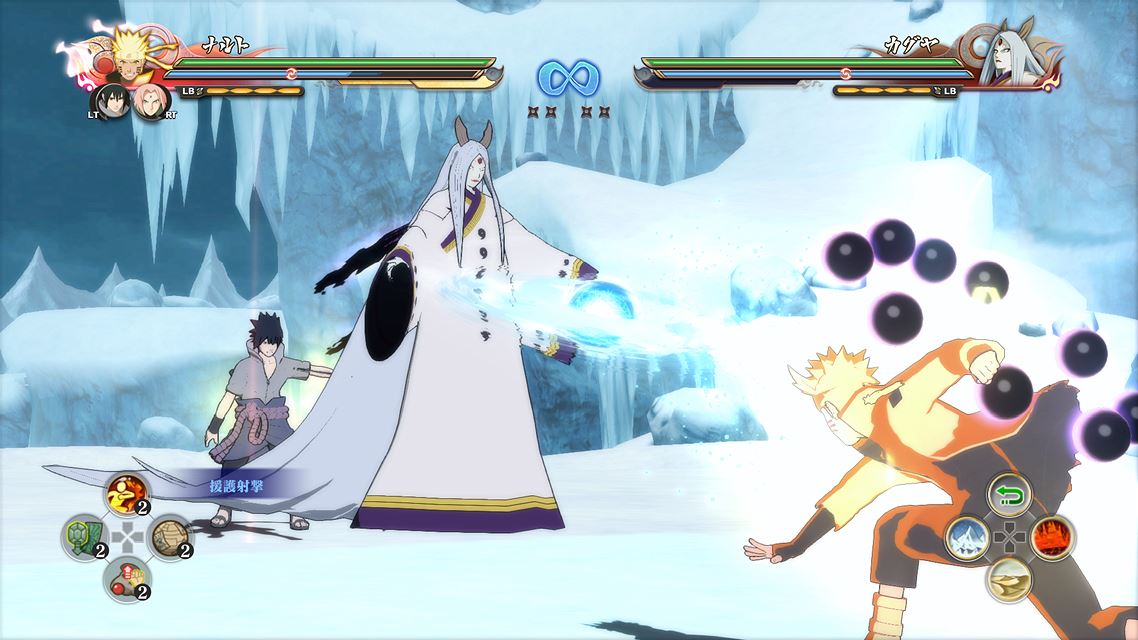 Naruto Shippuden Ultimate Ninja Storm 4 is an enjoyable game despite some technical issues and the fact there’s not much difference here from the previous game. Whilst there’s still plenty to see and do, some of the content is lacking and feels like it’s going through the motions. That said, if you’re a Naruto fan then this is a no brainer and certainly offering plenty of fan service. A lack of detail for newcomers doesn’t act as a hindrance to enjoyment which means anyone can get into the game fairly easily even if some sections appear to be quite alien. As fighting games go it’s not the most complex but is still fun to play and that’s what counts. If you’re after simplicity with lots of flashy visuals and huge roster of characters then this is well worth checking out.