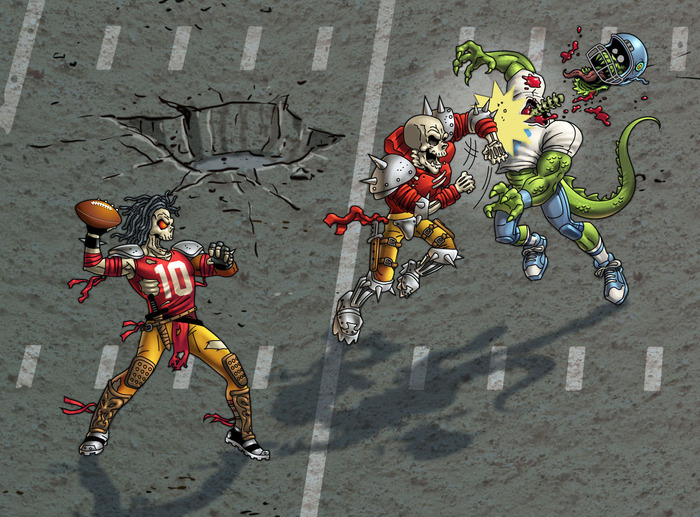 The aim is to reach $750,000 by October 29th to get the game developed by a team of hard working individuals including Michael himself. The game will be coming to Steam but could also make its way to the Xbox One if there’s enough interest. Take a look at some images and be sure to head on over to the Kickstarter page to offer your support for this cool looking sports game with a difference. 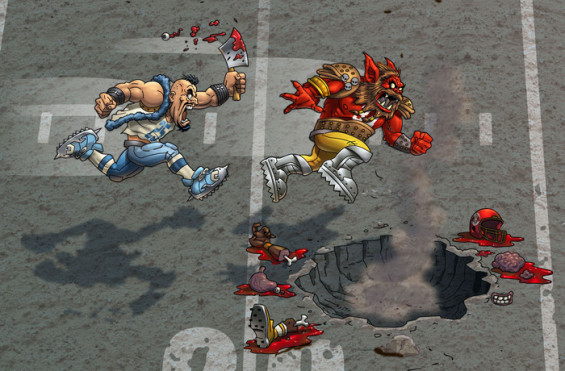 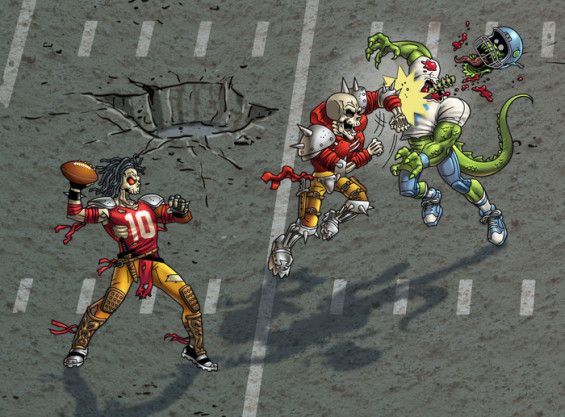 Mutant Football League will be a great-playing action football game with deep strategy, bone-crunching hits, over-the-top gore, a graveyard full of tongue-through-cheek humor, and a mind-blowing roster of original customizable characters, environments, and gameplay features and options, including: