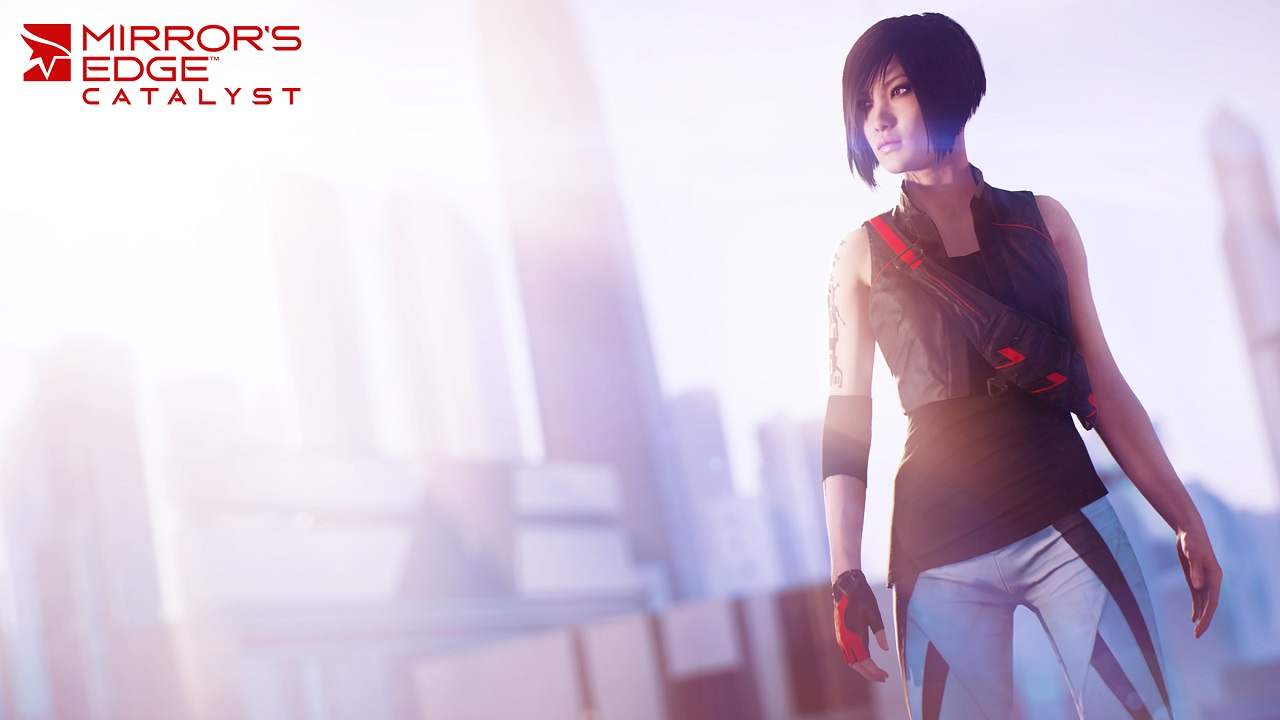 EA released a new announcement trailer for their open world themed Mirror’s Edge Catalyst which will launch on February 25, 2016 on PS4, Xbox One and PC.

In Mirror’s Edge Catalyst, you will experience the rise of Faith, a daring Runner who uncovers a hidden truth within the walls of the city of Glass. Through her journey, Faith will explore every corner of the city, from the highest, most pristine skyscrapers, to the dark and gritty tunnels that lie beneath. Players will need to master the environment, using their momentum and timing their combat to fight the oppression of the ruling elite, uncovering the dark secrets behind the city’s beautiful façade. Mirror’s Edge Catalyst gives players the freedom to explore the entire city, discovering a variety of new activities, like ‘Dash’, races from point A to B, environmental puzzles and story missions to complete at their own pace.

For players that want to show off their perfect technique or how well they’ve mastered the city can pre-order Mirror’s Edge Catalyst to receive the Combat Runner Kit or Speed Runner Kit*, respectively. The Combat Runner Kit includes unique in-game items including a combat-themed Projection Shader, changing how a player appears in their friend’s game world, a Runner Tag to stand out in the leaderboards, and a unique background to customize a player’s Screen Hacks. The Speed Runner Kit also comes equipped with a Projection Shader, Runner Tag and unique Screen Hack background, but the features are more themed to the speed of their skill.