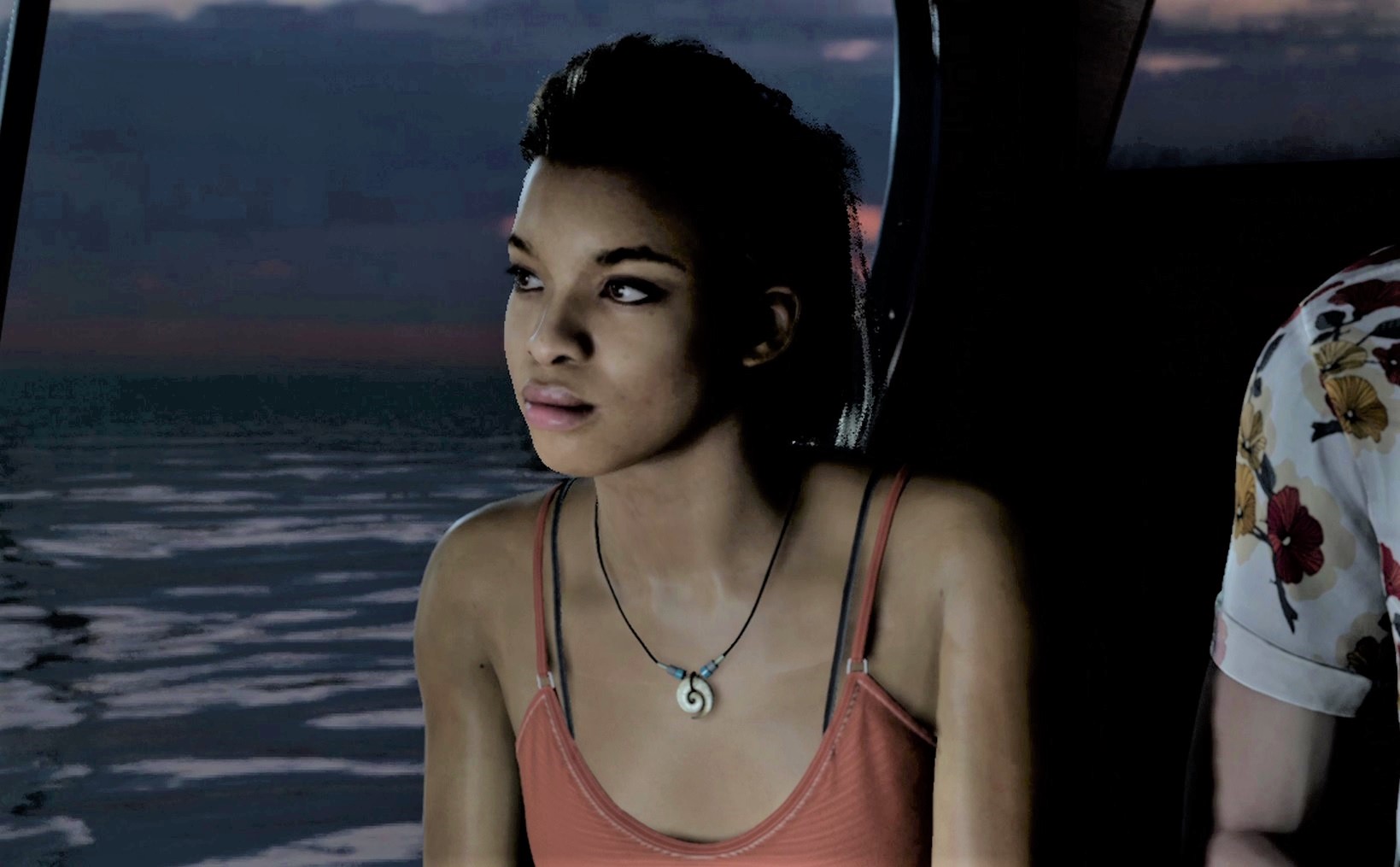 Supermassive Games’ Until Dawn on PS4 was a resounding success for adventure fans. The UK based developer returns with The Dark Pictures Anthology – a series of short games where each one tells a new story with different cast of characters and predicament. Part one then is Man of Medan, a spooky tale of rich young adults on the receiving end of some crazy happenings in the French Polynesian waters. The QTE, laden formula worked well in Until Dawn, does it continue its success in Man of Medan?

Without going into too many detailed specifics, Man of Medan’s characters come across as likeable and somewhat realistic. Five youngsters and three adults feature in this episode. That’s not including the rather cool and cryptic curator character who acts as the underlying guide throughout the anthology. You don’t play as this character or have any control, but you might get the odd glimpse of him during the game if you have a keen eye – we spotted two such occasions – both relating to the two rich siblings of the party. We shall say no more.

The game offers a prelude section in a post-war setting which lays the foundations for the present day. Once act 1 begins players spend quite some time learning about each character, their motives, desires and general temperament. To be honest here it’s rather drawn-out and whilst remaining interesting could have truncated some of its sections. It’s less horror, or even suspenseful, just a bit on the dull side for a video game. And with no option to hurry things along or even skip, then in some cases it’s a long intro. Once the pleasantries pass though, then the game begins to heat-up somewhat.

Players interact with the story which results in various outcomes depending on the choices made. There’s some quick time events (QTE) and the chance to wander freely to inspect items. The latter though is realistic but painfully slow. There’s a reason why video game characters run all the time and here the pacing is just brutal for those who want to crack-on. Therefore patience is a must here and methodical playing recommended. That means inspecting glowing flashes for secrets and clues about what’s happening.

The game starts to pick-up the pace once the characters board the spooky ship during a storm. From here the game allows the player to feel like they are actually making some difference to the outcome. In this regard the way events handle potential pitfalls is very good, deceptive even and will leave players in various states of confusion. Although depending on your actions dictates how well you work-out what is really happening to the characters (we won’t spoil that for you here).

Visually, Man of Medan is bright and quirky with excellent highly detailed character models. Facial expressions work well and there is a general believable look to them that avoids any uncanny-valley feelings. The starting location on the Duke of Milan ship owned by character Fliss looks compact and cheery as it basks in the daytime sun. Once players reach the abandoned ship however, the visuals offer a far darker tone as you expect with deep blacks, blue and green colours. The visuals are of a high standard and with the immersive audio that draws you in (especially if wearing headphones) players should be sucked into the story and the odd jump-scare. The voice acting is top-quality too with no moments where you think that anything looks or sounds odd or out-of-place.

Man of Medan comes in at just under 4 hours from start to finish, however the game offers quite a lot of replay value. It’s meant for multiple plays so you witness what happens when you select alternative choices, or mess up a QTE moment, deliberately or otherwise. Obviously, the overriding goal here is to have a 100% survivor rate at the conclusion, but in some instances the game quite deliberately makes that very difficult on the first play (in-fact quite cheaply depending on your choices). Players collect various secrets during play which unlock extra movies as an incentive to collect them all. Players can team-up online in co-op or play locally where the controller is passed around at opportune moments. That’s enough reason to replay again considering the unpredictable nature of the other player’s choices when playing online especially.

So is Man of Medan any good then and worth picking up. In a nutshell it serves as a neat introductory tale to The Dark Pictures Anthology. Supermassive presents a technically impressive game that offers a clever story that rests more on the side of suspenseful rather than pure horror. Aside from a rather slow opening section, snail-like movement and some cheap moments to get you to replay the game, overall it is fun to play. The fact the overall time is fairly short means it’s not a massive time-sink in regards to online play. Which means you can complete the story in one sitting. That’s actually very good and comes in the same sort of length as a movie. For it’s relatively cheap asking price and replay value Man of Medan is worth checking out. It’s adventure gaming with some neat moments, but depending on your patience will determine your mileage all said and done.