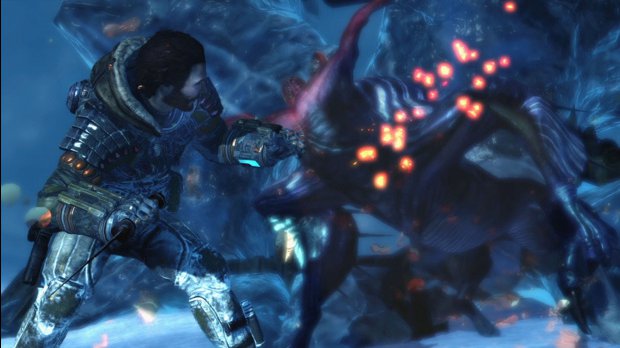 Capcom has released some details and a trailer for its forthcoming Lost Planet 3 multiplayer which releases on consoles and PC on August 30th 2013.

Lost Planet 3 multiplayer will feature four separate modes across six diverse maps, pitting NEVEC against the Snow Pirates. This trailer marks the announcement of two of these modes–Scenario Mode and Akrid Survival.

Scenario Mode sets each team with a series of either offensive or defensive challenges and mixes them up with the extreme and unpredictable conditions of E.D.N. III. Players can compete in both third-person on-foot action and in first-person combat using Vital Suits, a futuristic staple of the LP series.

Akrid Survival sees two teams of three players compete independently of each other in a series of encounters against waves of hostile Akrid before the teams go head to head in a final PvP elimination round.

Lost Planet 3 will be available for Xbox 360, PlayStation 3 and PC on August 27th in North America, August 30th in Europe. Expect more info in the near future.