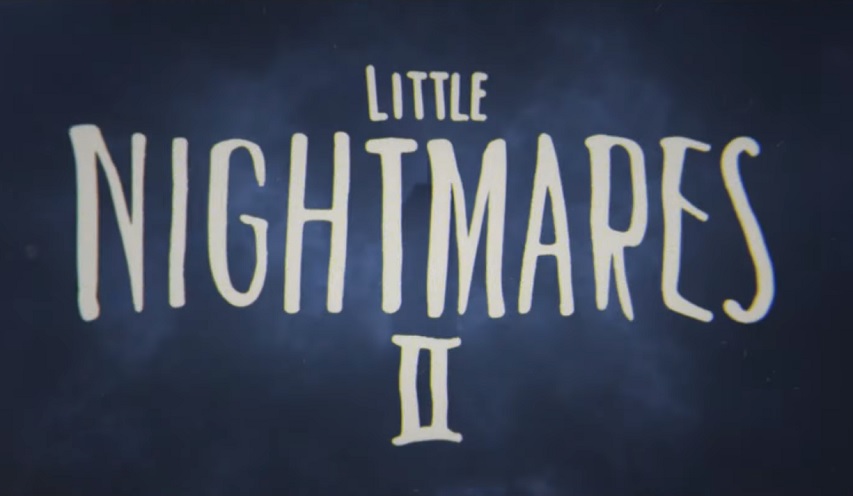 Bandai Namco and Tarsier Studios return with the follow up to Little Nightmares which released on consoles and PC in April 2018. This new game Little Nightmares II presents more surrealism as hero Mono attempts to escape, alongside the main character from the first game Six working in tandem. The question one has to ask, is this puzzle-like horror experience worth the relatively small price of entry? We’re playing on PC which currently on sale for £25 via Steam or GoG.

Starting out alone in a forest, main character Mono finds his feet within a tutorial of sorts which showcases the game’s main focus on stealth gameplay. Yes, at heart it is very much a stealth game as it is horror, because for the most part your character isn’t going to stand much chance against most humanoid enemies. What is really clever here is how varied the encounters are. What commences as a simple game of hide-and-seek against a shotgun wielding maniac, evolves into flamboyant means of remaining undetected using guile, distractions and even a touch of subterfuge. Not going into too many details to avoid spoilers, but using the environment plays a massive role in how you sneak past certain enemies. It works well, and there is certainly a sense of accomplishment when your progression feels unhindered.

That said, Little Nightmares II does fall foul to some tired gaming tropes, namely trial-and-error gameplay and the odd leap-of-faith. Often players will have no time to react to things like an out-of-place floorboard which triggers a trap. Or an enemy that will suddenly jump out of a cupboard. The gameplay heavily relishes the fact you die, and then try again with your newfound knowledge. Whilst it does work in context (checkpoints are pretty forgiving), at times it is just plain but deliberately unfair.

Melee combat is something new to for game as well. It is not the focus, so don’t expect to be smashing heads the entire time. However, the moments where it does feature can be somewhat fiddly. Due to the 2.5D nature of the camera, judging angles and distances especially is problematic. Again, it feels like you are expected to die in some instances due to how the enemies sit just out-of-range and then pounce on you. If your timing is too early or late then it is an instant death. Tarsier suggests the unwieldly nature of the combat highlights the fragility of Mono in the adult world, whereas it just feels it could tighter and more robust for the player.

Little Nightmares II features some fantastic visuals throughout, with its surreal world and warped characters. Special mention to the long-necked school teacher. Obviously drawing inspiration from the likes of surrealism guru Dali, this game is a joy to look at with its mostly monotone vibes. The slow-pacing allows players to take in the grand scale and depth, and it perfectly fits being a small person in a grown-up world. Once Mono receives a flashlight for example, the shadow and light effects are fantastic. No complaints at all with regards to the audio visuals on offer here (the game’s best feature). The game runs pretty smoothly and due to the simplistic visuals and plentiful options to tinker should be consistent across many PC variations. 4K and Ultra settings, no problem for our top-end rig.

Replay value is a little on the low side because once you know what to expect, then the overall effect diminishes. Players can replay chapters and hunt for collectibles such as alternate hats to wear or attempt speed-runs. Depending on how many restarts you have, completion times run between 4-6 hours within the 5 chapters on offer.

Little Nightmares II offers an atmospheric romp inside a crazed, surreal world. Part horror, a little stealth with some platform-puzzle solving tossed-in make this a joy to play. It is short in length though, so bear that in mind if you are on a budget and perhaps wait for a sale. Some fiddly controls might get the better of you at times as well, but persevere and you have a very good game well worth checking out.