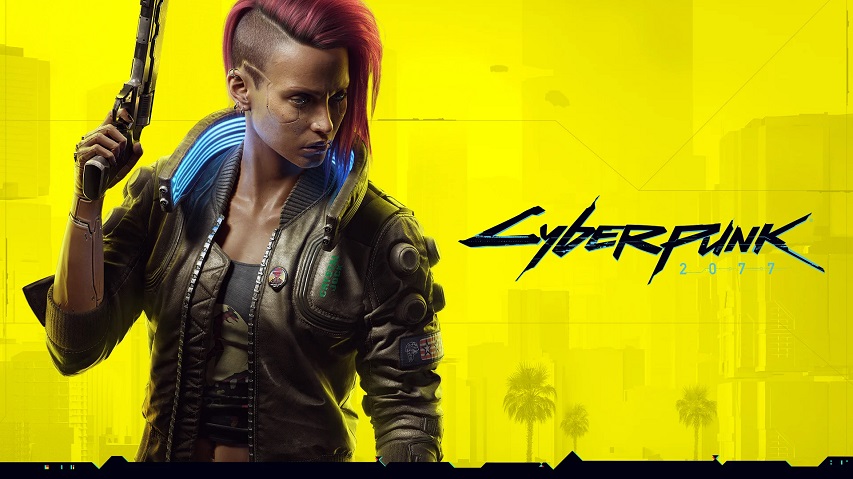 Cyberpunk 2077 released last week after years of hype from Polish developer CD Projekt Red (CDPR), the gaming press and gaming community. The game obviously looked destined to fail from the start for some people with off-the-scale expectations. Right now, a divide exists between those who enjoy the game for what it is, and on the other side, those disappointed with the current version. That’s aside from any issues with first-generation console versions (Xbox One and PS4). Perhaps some people were expecting Cyberpunk GTA V, or others Cyberpunk Deus Ex, sadly for those people Cyberpunk 2077 is nether.

As a result, there’s an uncanny slew of negativity surrounding this game if you look at online communities (some of it completely justified) which might have you believe that everyone just hates the game or feels disappointed. The thing to remember is online communities are just a small fraction of those playing the game, so whilst places such as Reddit you can see posts complaining about the game getting 1000s of upvotes, Cyberpunk 2077 sold millions at launch. So there’s potentially many more people simply enjoying the game for what it is and not coming online to say so. You will also find that online tends to jump-on negativity far more than positivity. That’s just the way the Internet works. On the flip-side, an equal number probably feel it’s not what they expected, or fulfilling the promises made. Then those who sit in the middle somewhere. Who knows, one can never tell without hard numbers. From my own research/communities, those who are enjoying the game outweigh those who are not. Take that as you will.

I think Cyberpunk 2077 suffers from the No Man’s Sky/Peter Molyneux effect (see FABLE 1,2 & 3). Features become hyped-up by over-enthusiastic developers during development, which for whatever reason don’t make the final-cut. There is perhaps a bit of a balancing-act with making a game designed too-complex which might please hardcore gamers but at the same time alienates the casual crowd. Developers then need to balance that dynamic against projected sales numbers. It can’t be an easy process. Then there is the element of time. A game simply cannot stay in-development for as long as the developers want. Someone higher-up (usually a publisher with control over budgets) pulls the strings and eventually calls time. Unless you are developing a Star Citizen type game with crowd-funding keeping you chugging along that is. Cut features then, naturally lead to disappointment on the consumer end. However, to solely focus on what is missing and somewhat tarnishing what is, comes across as a massive shame especially for those who worked hard on the game. I think a lot of misinterpretation occurs, especially with pre-release comments not bearing fruit in the final mix. Perhaps that’s fault of the PR teams spinning things to make them sound better than what they actually are (that’s their job). Take the 1000 NPC routine comment as an example. If you look at NPCs in Night City sure, you could probably count some 1000 routines in terms of animations/actions etc. But the comment seems to suggest NPCS have individual routines much like in Watch Dogs Legion. That’s not the case at all.

One thing that has come up a lot is the impact and role of the life paths which people seem to forget other games offer the same thing, but rather than give the player a completely different opening section for each, just provide a text description and not much else (looking at you Mass Effect). However, as mentioned this isn’t helped by PR making it sound better.

Anyhow, I have finished the main story within 40+ hours (with plenty more left to do) on PC with an RTX 3090 at the helm 4K ultra settings ray tracing enabled getting the best this game has to offer in terms of visuals and performance. I am one of the few then, so bear that in mind. I played all three openings to see which one I preferred, then invested the 40 hours into that character – a female V street-kid. Rather than focus on what is or isn’t, I have taken the game at face-value and I’m really enjoying being the Merc/Bounty hunter character within a cyberpunk themed city (and such a great city it is when you explore all its nooks and crannies) . It’s fantastic and there’s just lots of merc related things to do. I can understand people want more things off-the-beaten-track, but for me I don’t miss it. The merc character I play doesn’t need to let off steam playing pool or some other mini-game as a distraction or break from hunting down perps. My job is to hunt criminals, steal things, stealth, hack and all manner of jobs for people. The game nails this.

I have really got into the side-stories from the fixers. Each little mission resonates with my merc character. I found the main story pretty decent as well with an assortment of interesting scenarios for a merc/bounty hunter, but I get I don’t have to be a wholly deep meaningful character where my choices impact the entire city. This shows in the writing, aside from V’s personal saga that he/she deals with. In this regard the game excels especially as I can adopt different strategies for each mission be that stealth, hacking or all-out combat or combinations of all three. Playing on HARD or V.HARD is definitely challenging than opting for Normal. A number of complainers play on Normal, then moan about how dizzy the combat is or how over-powered V is.

I like this game a lot, but will be the first to admit there are things that could make it better or content/systems that would give the player more options. Cyberpunk 2077 is no Deus Ex either in terms of its story and player choices within the story framework. However, that’s not taking away from what is already there leaning towards an action RPG. It’s great for me as a Cyberpunk fan and I can see why many PC reviews gave Cyberpunk 2077 high scores. It’s well-deserved for PC players on a decent system. 40+ hours in and I’m still wowed by little bits that I find driving around Night City. Seeing new billboards and seemingly non-scripted gameplay moments. It’s a massive shame how the console version has been handled but that’s a different story and I feel the pain of those gamers stuck with the current version. I hope this is fixed (or you take-up the refund offer and wait things out), but if not Series X and PS5 gamers will be in for a treat when the updated version releases next year.

As already mentioned, I love the merc/bounty hunter open-city playground Night City presents. It scratches an itch left by Bethesda’s cancelling of the Human Head Studios original PREY game they worked on.

I also love looking at the character designs. It’s impressive that each side-story or gig you can listen-in on some enemy conversations that pertain to that mission rather than just having random goons standing about. The stories all seem pretty fleshed out and unique. Night City has a lot to offer if you approach it how it was intended in its current state and not dwell on what isn’t there. I understand a lot of content is absent from what was mentioned pre-release, but there is a chance some of it will be added at a later date (character customization in-game using the mirrors for example). Either way, whatever I feel about the game and my enjoyment doesn’t make that definitive or reflective of anyone else. Gamers have a right to raise their concerns. However, on the flip-side, I love the game as it stands right now, faults and all, that’s my choice. Respect that even if you don’t agree.