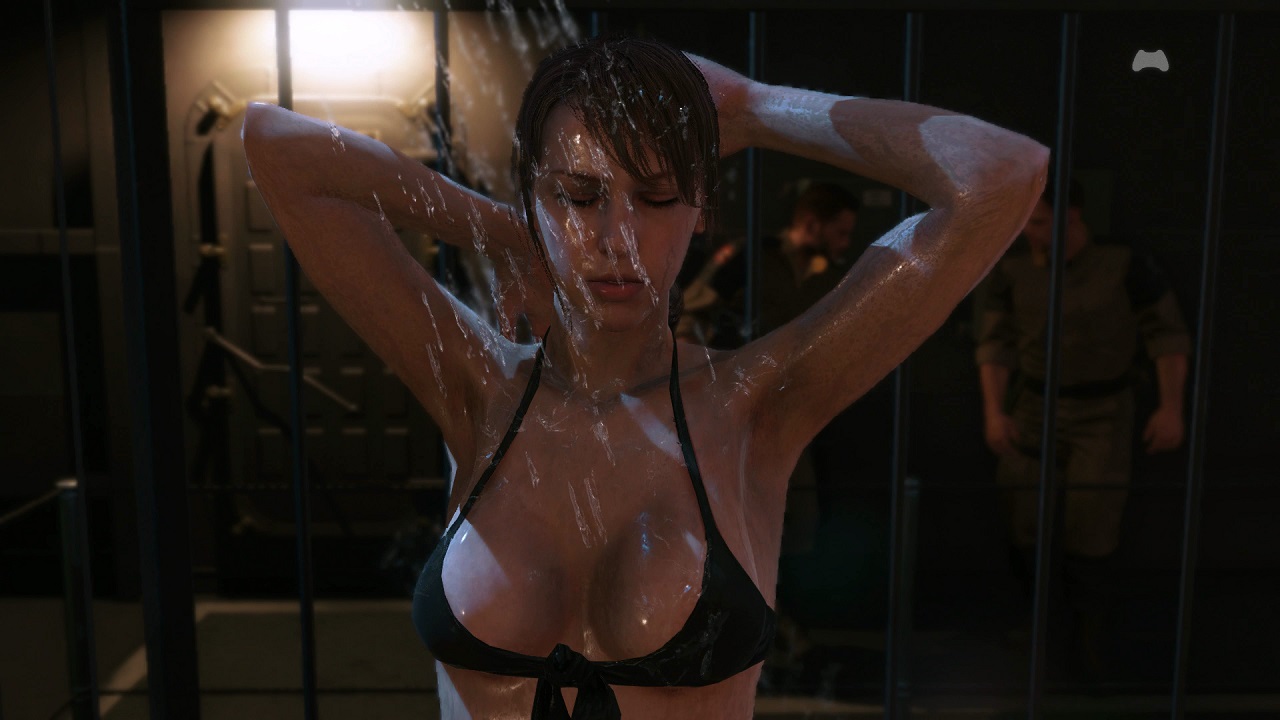 There’s quite a bit to miss in Konami’s Metal Gear Solid V The Phantom Pain and although it has only been out for one week there’s still lots to discover and undoubtedly more too that won’t be in the strategy guide or on the Internet for some time. Well here’s a not so secret Metal Gear Solid V The Phantom Pain Quiet shower scene with Big Boss taking a shower up close and personal with the lovely sniper. You can watch the video outright or if you want to experience it first hand with your own controllable camera then it takes mere minutes to unlock once you’ve maxed out Quiet’s bond status – which is accomplished by taking her out on missions. We’ve included a spoiler warning in the video once the explanation is given.

1.Max out Quiet’s bond status by completing missions with her as a buddy.
2.Find any dumpster and climb inside
3. Smoke the cigar inside the dumpster for several days until flies appear.
4. Head back to Mother Base with Quiet as a buddy.

Don’t use the portable showers on Mother Base for around 5 days (in-game time) and then return to mother base with Quiet as a buddy once you have the flies buzzing around you. We found though that this was bugged on the PC version at least and wouldn’t trigger.