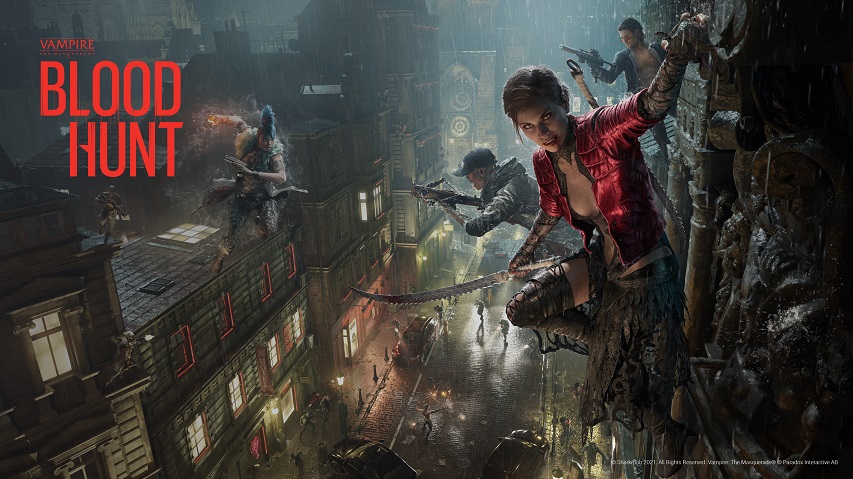 Sharkmob’s Vampire: The Masquerade – Bloodhunt released on PC via Steam Early Access. The game uses conventional weapons and vampire powers in a battle royale scenario. The Bloodhunt gameplay video showcases the tutorial and some matches (where we promptly died). However, you can view a complete match from around 29 minutes into the video. Bloodhunt will release fully on consoles and PC in 2022.

A treacherous betrayal has stirred a war amongst vampires, who are also targeted for annihilation by the secret society known as the Entity. Use your supernatural powers, weapons, and wit in this third-person battle royale game to dominate the night and restore the masquerade.

JOIN THE BLOODHUNT
Feed on potent blood to grow in power then hunt using your supernatural abilities and senses. With Prague in lockdown, defy gravity and strike from anywhere in your quest to dominate the night.

SHOW OFF YOUR VAMPIRE FANTASY
Choose your Clan allegiance to define your playstyle and let your personality shine through as you create your most unique looks for rivals to remember.

RESTORE THE MASQUERADE
Form unholy alliances or fight alone away from human eyesight. As the hunters become the hunted, fight to the last drop to become the ultimate vampire and restore order.