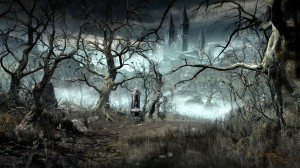 Techland released a new Hellraid trailer which showcases some of the game’s features as it receives a next gen makeover using the new Chrome Engine 6. The game is coming to the PS4 and Xbox One alongside the PC version via Steam which kicks off later this year (next gen versions in 2015). Techland also released a handful of fresh looking screenshots. For more information about the game head on over to the official website.

Hellraid will offer three different game modes. In the Story Mode, players will explore the world and try to repel forces of Hell. The highly-replayable Mission Mode will put more focus on arcade-style fun of climbing up leaderboards, creating the longest combos and beating high scores, while the completely new Arena Mode will offer survival gameplay with waves of deadly demonic hordes to fend off. All these modes will be available in both single-player and 2-4 players co-op.

Players will be able to create and customize their characters with armor, clothes, and accessories such as amulets. Thanks to a new class-free skill tree, they will develop a demon slayer perfectly suited to their play style by combining various active and passive abilities – divided into intertwined paths of combat, magic and agility.