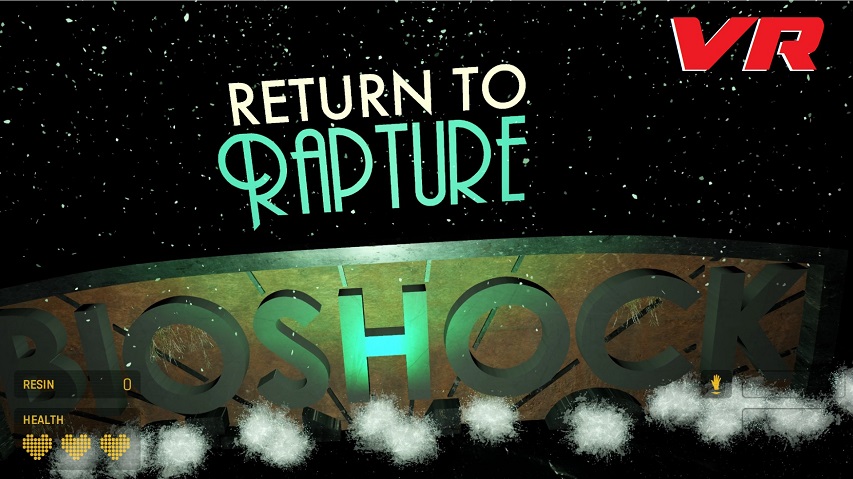 A mod by WIM.BUYTAERT.1988 which uses the Half-Life Alyx mod tools to recreate 8 levels from Irrational Games’ masterpiece Bioshock. Available now on the Half-Life Alyx workshop on Steam. Take a look at some gameplay using a HP Reverb G2.

The Combine have discovered the whereabouts of Rapture.
Rumors exist that the suitcase of Andrew Ryan has yet to be found. Within it are the secrets to ADAM and the plasmids.
The quest for this artefact is not archaeology, it’s a race against evil. If it is captured by the Combine the armies of darkness will march all over the face of the earth.

This is an all new, original campaign merging the worlds of Half-Life and Bioshock!
• Original soundtrack created just for the campaign! by RPM STUDIO warszawa
• Exciting story complete with dialogue from our new professional voice actor Seamus Bryner!
• Atmosphere and visuals never seen before in Half-Life: Alyx!

Plus some old favourites Bioshock fans will love to see!
• Vita Chambers to save your game: Hack the panel, and go inside! You’ll hear the sound and see the light!
• Audio diaries
• Little Sisters machines
• In-game, original vending machines
• Fully animated and modelled fauna!
• Plasmids!
• … and more to experience!