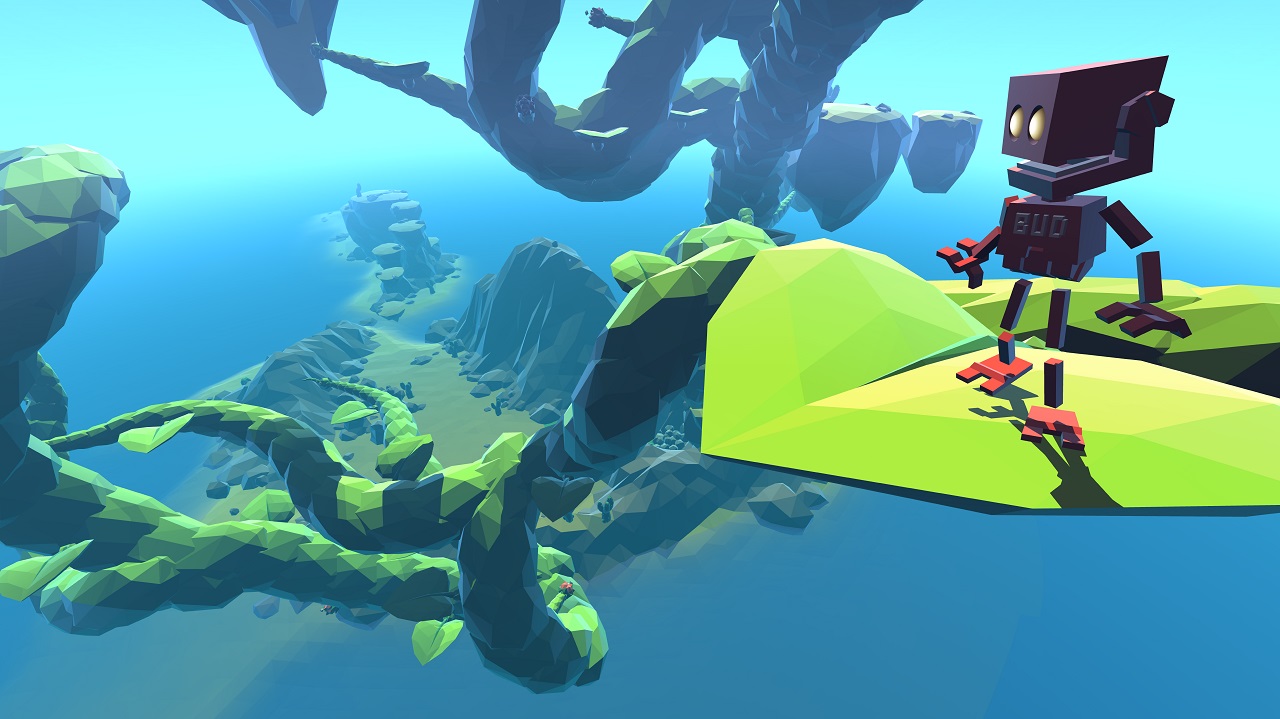 Ubisoft has today revealed its asymmetric experiential climbing game which is being developed by Newcastle based developer Reflections and launches on February 4th 2015 for PC via Steam. Take a look at the colourful trailer to get a better idea of how the game looks and plays.

In Grow Home, players are free to explore the strange, open world full of floating islands, majestic caves and waterfalls, all set in a beautiful and minimalist artistic style. Players take on the role of BUD (Botanical Utility Droid), an excitable, child-like robot sent on a mission to search the galaxy for a new species of plant that can oxygenate his home world. By growing and directing the giant Star Plant into a towering organic sculpture, players reshape the planet and create a magnificent landscape that lets them climb to new heights. The game’s unique climbing controls and abilities challenge players to continually reach for higher ground, but one wrong move and it’s a long way down!