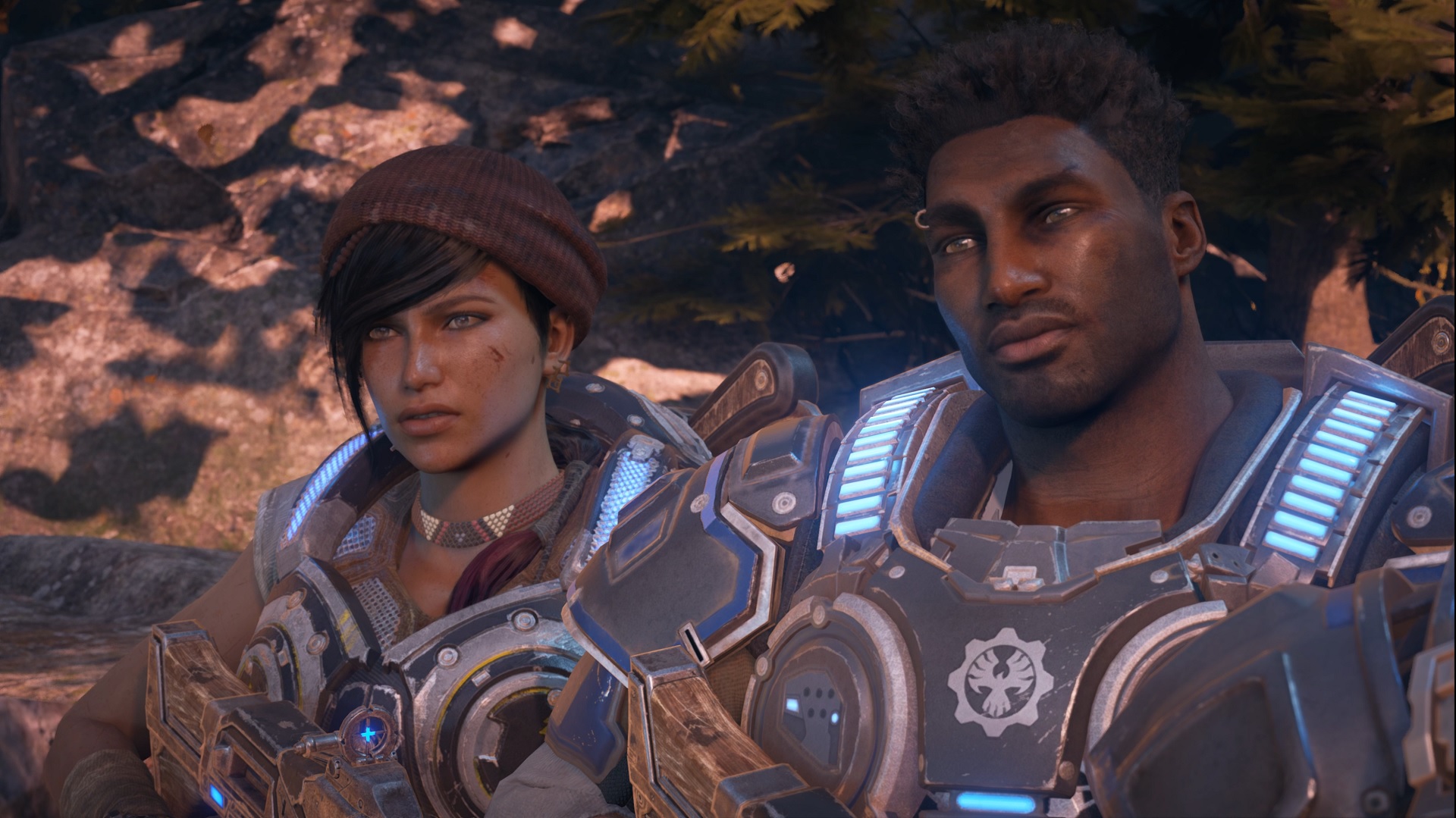 The Coalition released the massive and eagerly anticipated forth entry in the Gears of War series with a return to form as James Fenix and crew take on all-comers in more third person cover shooting action. It’ s a familiar package for fans of the series but is Gears of War 4 worth the ride all over again. Take a look at our full review for the low-down.

Today we’re taking a look at The Coalition’s Gears of War 4 which comes as the next game as part of Microsoft’s play anywhere series of first party titles. This means you can play the game on Xbox One and then take the fight over to the PC and vice versa depending on your set-up for no extra charge and complete convenience. Gears of War 4 comes in three main forms with variants on the themes. First up is the well trodden campaign mode which has son of Marcus Fenix – the main hero of the previous games – James Fenix and his crew of rebellious settlers. You can play the campaign solo, local co-op or online co-op giving you plenty of options across four difficulty levels.

From the off you’re thrust into familiar ground in a series of set piece skirmishes against some very uninspiring robot forces. It’s a massive change from the previous game with automated responses from the opposition and tiring battles that are over quite easily – even on the game’s tougher setting. Whilst it’s pleasant to have some new foes to encounter, the robots simply lack the appeal of the Locusts we’re all familiar with. Luckily the opening Act 1 serves as a prelude to what is essentially the main game thereafter – a tutorial if that’s the correct way to describe the opening hour or so.

Once the latter portion of Act 2 and the start of Act 3 begins then the game ramps it up quite a bit and beyond this becomes more familiar territory although there’s way too much predictability in how levels are designed and when battles commence leave little surprises as you move through each area. The game does stop/start quite often which makes some of the more narrative driven moments stand out much more.

The core cover shooting mechanics remain but The Coalition have tried to add some more variety to proceedings with impressive raging weather systems invading the battlefields from time to time allowing for some neat physics based attacks using the scenery. Some new Swarm enemies are also introduced making for a far more varied roster of opponents to take down which is most welcome. The enemy AI has been tweaked a little as well offering a bit more challenge and moves to flush out those who stay in one spot behind cover. Whilst it’s still not perfect there are moments that will keep players on their toes – cheap deaths and all.

The campaign takes players on a roller-coaster ride with plenty of banter between the four characters (that’s James and three AI controlled team mates at its peak). The game’s story is non-taxing, easy to follow and perhaps secondary to lots of lighthearted comments from the characters. In a way, the humour is somewhat overplayed taking any seriousness away completely which in some ways is a shame. A more gritty and dark game could have worked equally as well here given the subject material.

Gears Of War also features a massively comprehensive online or local multiplayer mode which is divided into versus and co-op. Naturally you can play the versus or all new Horde 3.0 modes with bots or friends. Split-screen is also supported. Once again there’s a variety of game types to sink your teeth into and healthy pool of online players to team up with or go up against with the match-making on offer. There’s nothing to really fault about any of the multiplayer because it simply works well based on years of experience in the field. However, what is perhaps the biggest thorn in the side of the multiplayer is the system for unlocking new skins and extras. The game takes a leaf out of Rise of the Tomb Raider with cards that can be used to gain extra XP and offer more challenges to rounds. More XP grants more coins which in turn can be used to purchase cards which offer random rewards. It’s potentially a long slog if you opt to ignore the temptation to use real cash which can be seen as fleecing those who pride themselves on unlocking everything. Essentially you have to invest 10s of hours, even more to stand a chance of unlocking the more desirable stuff if you’re not willing to cough up some extra cash into the game.

In terms of looks the game offers some fine moments during the campaign with smooth and sharp visuals showing off the power of Unreal Engine 4. However, the opening moments of the campaign don’t do the game justice as there are some excellent organic locales in Act 2 that look fantastic. There’s quite a bit of variety on offer here although the latter portion of the campaign returns to more industrial looking locations which are a bit old hat. In many ways the visual quality varies quite a bit but with new moves for the characters adding close ups during fights and plenty of blood and gore makes for a visceral experience from start to finish. Naturally the game looks mint on PC at 4K using ultra settings but the Xbox One version is no slouch either. It’s the same tale you expect from the differences between console and PC.

Gamers can sink quite a number of hours into the single player campaign although the time to get through this largely depends on what difficulty you play on. Naturally you can likely run through the campaign on Easy in 6 hours or more but ramp that up and perhaps look for collectibles and your mileage will increase greatly. The online multiplayer is its own beast where hours, days weeks and months of play are there for the taking depending on how invested you are in ranking up, unlocking extras or simply being competitive.

Gears of War 4 is a welcome addition to the series with some likeable moments through its campaign filled with a predictable cast of characters. It has to be said, it’s lacking any real surprises and a plot that perhaps undermines the age of its intended audience. Still, it serves as a humorous foundation for plenty of killing which is what fans expect from the series. With a magnificent selection of multiplayer modes and the chance to play locally as well makes Gears of War 4 a well-rounded package that’s easy to pick up and play at your own pace. Whilst the unlockables and gaining XP could be improved, the core basics are fitting with what gamers expect from a well produced game. If you like shooting action then this is certainly worth a look. If you require something a little more taxing then the rinse and repeat combat might underwhelm.