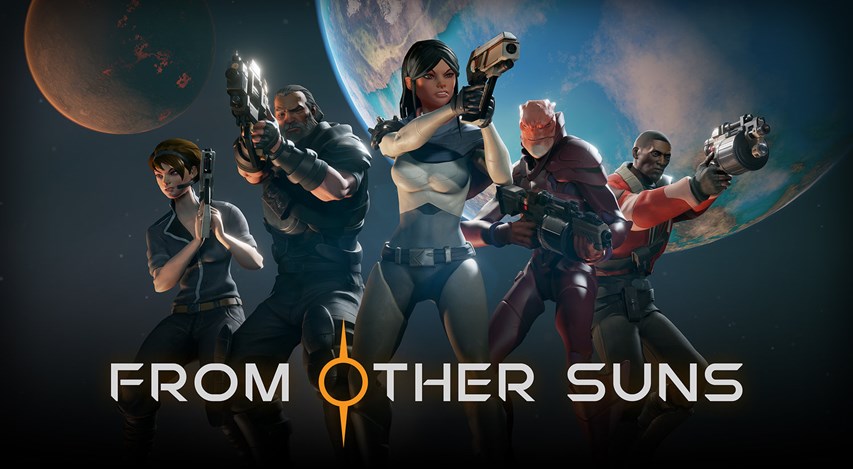 The premise is rather simple. You’re a captain of a ship with the objective of reaching Earth so you can do battle against an armada of encroaching aliens. En-route, you and your crew are free to jump between unexplored planets and inhabited space offering services or simply on the look out for loot. However, across the galactic map as your ship moves to the right (towards Earth), the invaders move closer to you from the left which puts on some pressure for those looking to take their time and explore. It’s not all plain sailing though because fuel is in limited supply and although you can jump more than one space at a time there is a tactical element of making sure you reach a trading station (and have enough resources) to buy more fuel. It’s here where you can also upgrade your ship in key areas such as shields, engine efficiency, medical bay for increase player health, weapons efficiency and so on. It’s very much a game of managerial testing as one false move can mean game over, and due to the rogue-like setup means starting over when all is lost. 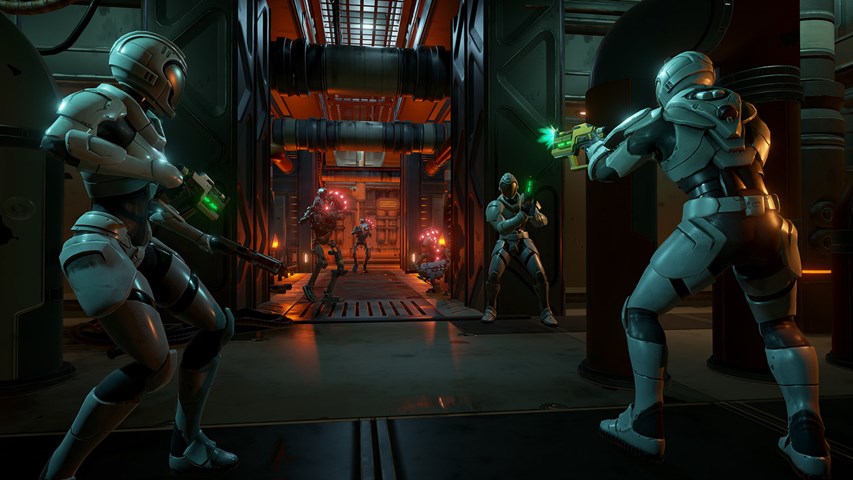 When jumping between zones on the galactic map one of several events happen. In once instance you might find a distressed ship looking for some help with fuel or weapons. In another, a pirate ship might demand some of your cargo. These events happen quite frequently and it’s here where you can either play ball or fight back with your ship’s missiles and laser blasts. Alternatively, you can teleport over to their ship and take them out from within, although this is a little more risky. Again, tactical elements are in force here as you can target the ship’s weapons and shields to weaken them considerably. During this time you normally face-off against the crew shooting them with various weapons, taking cover and aiming for headshots. It’s a blast, especially when you factor in the varied forms of gameplay on offer. Once the crew is downed you can then hack the cargo and take it or head to the captain and shoot him down for some better weapons. Finally once back on board your own craft you can then easily destroy the ship. There are a number of variations on this theme whereby you will come up against, robots, aliens and more human enemies but essentially you’re rewarded well for helping others and yourself to what’s being offered.

As mentioned, this is a rogue-like game which means no two games play exactly the same and there is perhaps a little bit of luck involved depending on what decisions are made. Running out of fuel is no fun, neither is having your ship invaded where your crew are systematically killed before you can jump into action. That said, each time you play there’s a greater understanding of what is required and the feeling that improvement is a obvious side-effect from trying again and again. 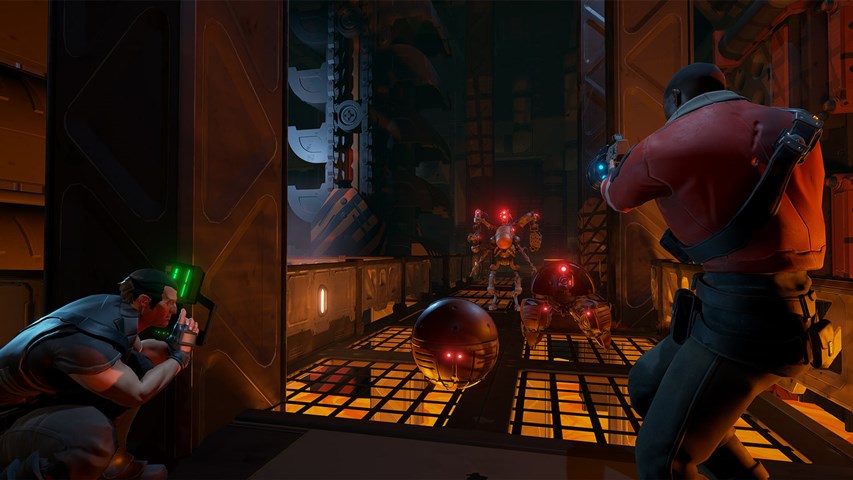 In terms of visuals, Gunfire has crafted some neat interiors and pleasant views of planets and stations if you have the time to look outside. Each ship feels functional and can be freely navigated which is good. The only real gripe here is a lack of variety in terms of the interiors. There are no open spaces and the ships seem to contain the same assets across the board with only some deviations here and there. Another visual gripe lies with the loading screen appearing each time you warp which takes you out of the experience considering it happens fairly frequently (made even worse when playing multiplayer). Audio is fine and dandy with expected chatter from your superiors via coms, and of course a cast of pirates and other captains in distress or looking for help, but on board the ships a little more banter could have given the game a bit more personality.

Players will get their monies worth due to the nature of having to restart the adventure each time they die. However, when playing solo if you exit the game you can resume where you left off thanks to an auto-save system. That said, this doesn’t mean you can replay from a checkpoint should you die. It’s good being able to play solo by setting the game to Private, but this is a multiplayer game at heart which means teaming up with a crew and seeing how you fare with human companions is where it’s at. Coordinated teams should have no troubles delving further into the game’s depths but it doesn’t always work out that way with the increased difficulty the further your team ventures. Some coordination is required also as well as rules to make sure decisions are collective rather than a free for all. Interestingly if you are playing solo in a public game and someone joins they can royally screw you over unintentionally or otherwise. Be warned, set to private or friends only if you don’t want randoms messing up your progress. It’s a shame there are no control options for those hosting games to prevent accidents from happening and should really have been a standard feature. 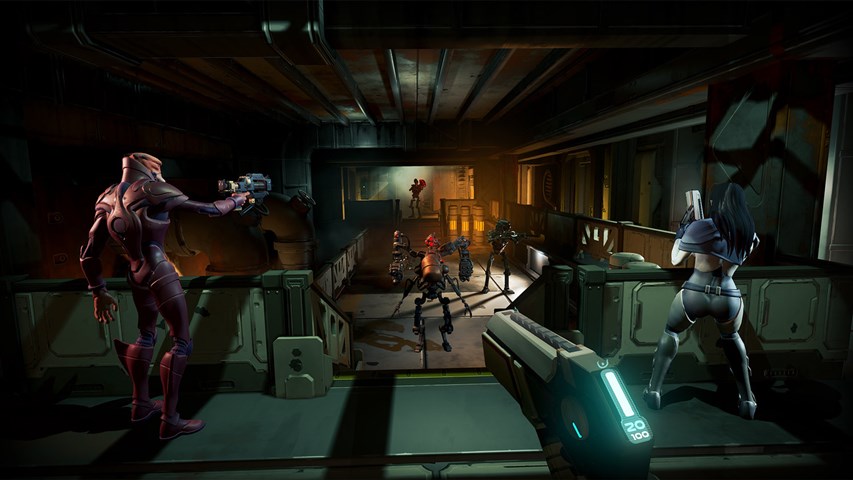 From Other Suns is a fun and compelling game although a lack of proper narrative means that it’s quite bare bones which gives it a make your own adventure flavour. Finding better guns is a nice hook as is taking risks and exploring the galactic map – even better with a well coordinated group of friends or regular players – but can feel a little repetitive in longer play sessions. The solo game is also pretty decent and despite the lack of open spaces throughout pulls you in when donning the Rift. If you like short burst experiences where you can drop in and out at any time then this is pretty neat and worth checking out. It’s a little tough to begin with, but as you play more and get better overall it becomes much more fun as you delve deeper into its charms.