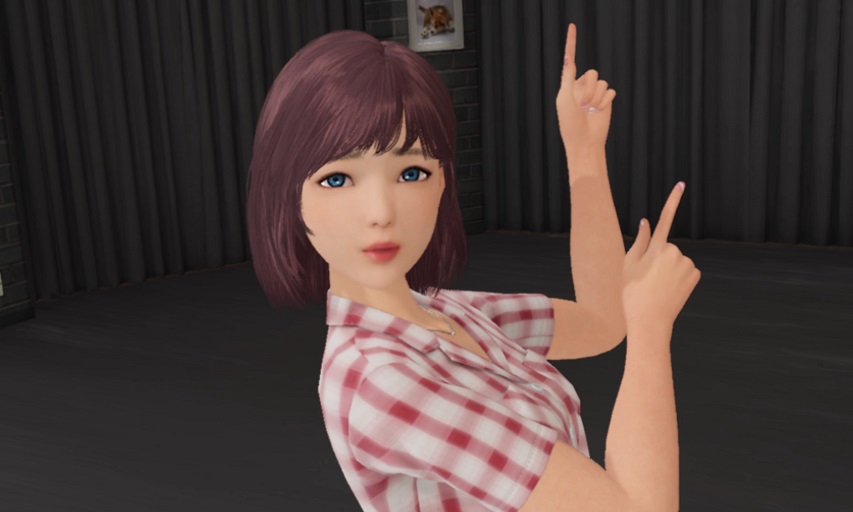 Smilegate Entertainment released some new Focus on You content with the release of Focus On You Studio DLC for around £10/$13. This and the core game is a VR only title where you interact with the Korean student Yua Han. The DLC adds new customisation options where you can change Yua’s hair style, hair colour, eye colour, accessories and clothing options. You can then head to the photo studio to take photos. Your can look at your photos in VR or export them to PC. Luckily an option to delete any unwanted photos exists to make room thanks to limited save space in-game.

There are two new locations in this DLC pack which includes a garden scene that allows for various poses across three different seasons (summer, autumn/ fall and spring). Yua can hide behind a tree, or lean on it for more personal photos. There is a bicycle she can ride and a table to sit at. The photo studio location offers a plain-background and allows poses with props such as an umbrella, blowing bubbles and candy.

This DLC is actually not bad as it allows you a little more customisation of Yua than the original game. There is also some great animation of the character and good photo opportunities. You could argue though, this should have been included with the base-game as the price is rather high at £10. Still, if you’re a fan of Yua then the two areas to take more photos without any story interference is good. Extra unlockables/achievements feature to encouraged some experimentation.

The Studio DLC and in-fact the entire game is all rather tame though, so don’t expect lewd shots unless you can unlock the bikini outfits for the DLC mode. These appear locked, however it’s not clear if they are unlockable or locked entirely to prevent pervy photos. If you want more sexualized content then we suggest you try Illusion’s VR Kanojo.

We are on-the-fence whether this VR experience DLC comes fully recommended. For fans of Yua then yes, but anyone else it’s probably better value to buy the bundle with the full game included rather than separately. A shame then for those who already have the base-game. You save a little bit of money that way (get the DLC for £6.33). As a full game with the DLC there’s a few hours content here which when you add up the price comes in at over £30 which is steep. However, your mileage may vary depending on how many photos you want to take and whether you aim for all the achievements. What this game really needs is a photo grading option to add some skill and flair to the photography.

Overall this is not a bad effort for DLC (aside from the high price) but does need more outfits. It acts as a pleasant VR technical demo at least.