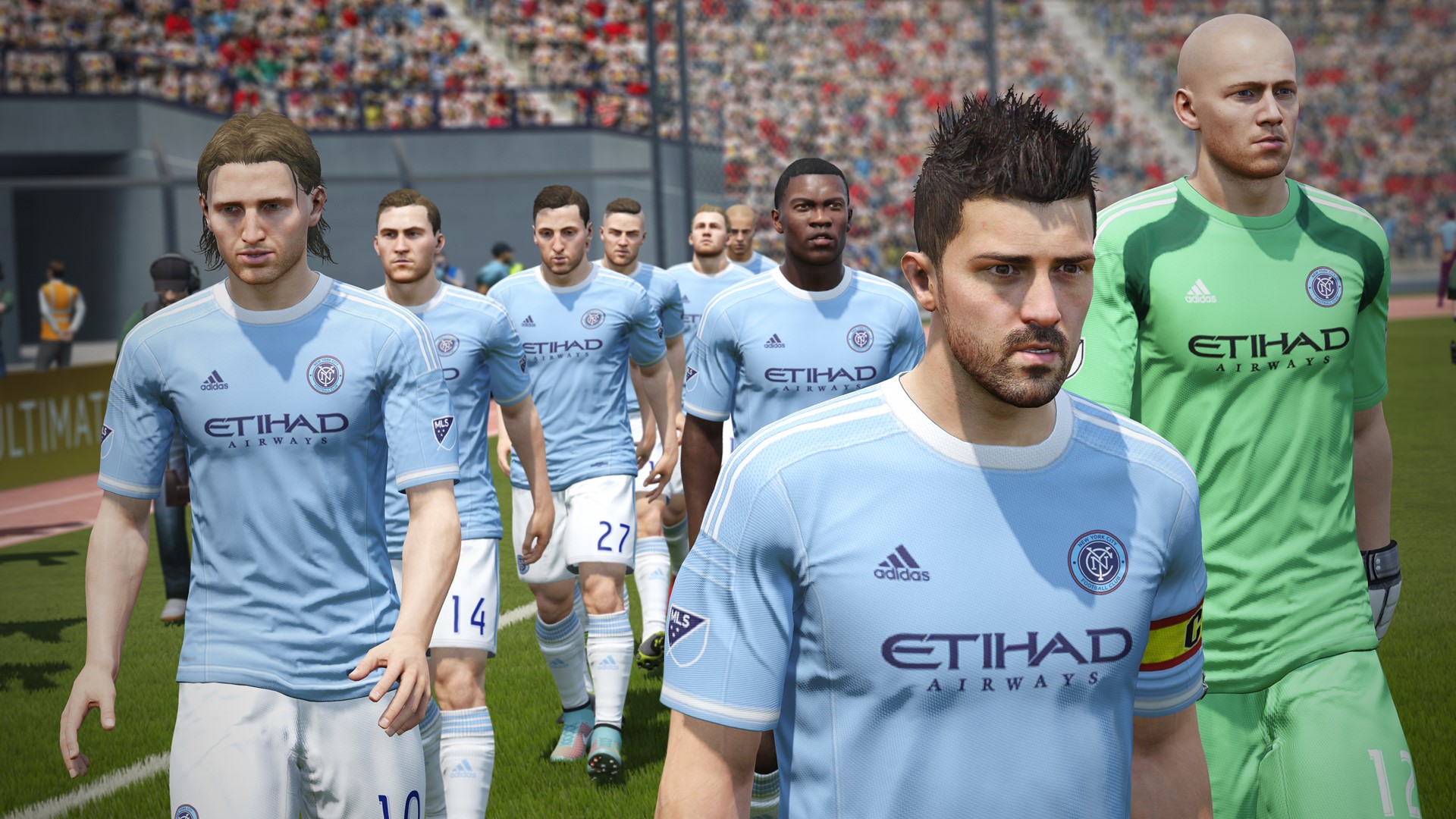 Another year and another football game from EA with the predictably titled FIFA 16 which comes in as a multi format release for all to enjoy. Once again the game goes head to head with its Japanese rival Pro Evolution Soccer 2016 which has raised the bar for what can only be described as a realistic representation of the sport. Well now it’s FIFA’s turn with all of its licensed trimmings, but what has to be asked is, once all the razzmatazz is removed how well does the core game stack up to its evolved competitor?

To get the basics out of the way first, FIFA 16 offers an untold amount of modes to mess around with which comes with the territory for the series and offers the same managerial, player career, league games, championships etc. from various events like the official Capital One Cup or Barclays Premier League, alongside International events. It’s all here in its licensed glory and looks the part thanks to a cluttered but manageable front end which has changed little from its tiled predecessor. In a nutshell, players can sink their hearts and minds into as much or as little as they care to choose and that even extends to creating fantasy teams and players if that’s your calling. There’s no denying that FIFA 16 is rather complete with its offering and for the first time includes a much publicized Women’s only championship event which is a welcome addition but does take a back seat in terms of options compared to the regular Men’s game. 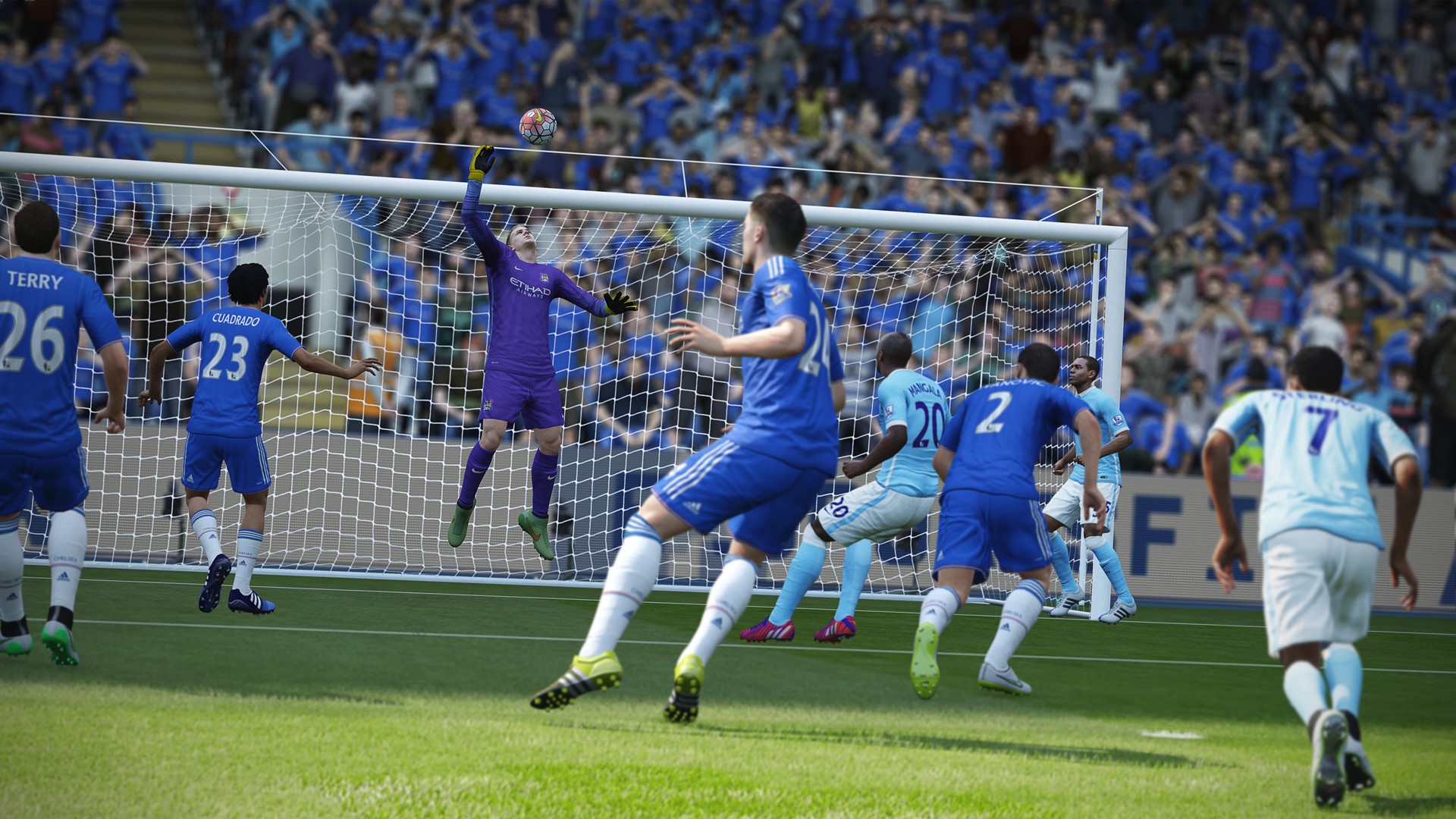 Aside from the slick front end presentation the core game remains remarkably fluid with quite a number of options to tailor should you be inclined to dig a bit deeper with play mechanics. The core gameplay feels as good as it always has done, although thanks to new collision animations means there’s a bit more realism on offer which is grand. Playing matches and coming from FIFA 15 you’ll notice some subtle differences which make themselves known such as more believable actions from the players, better calls from the ref and the chance to be on the receiving end of more penalization should your tackles be on the wild side. In fact there’s a real edge to the gameplay which makes the flow of the matches feel a lot more lifelike, although on lower difficulties it’s again still possible to dominate the AI opposition with 10+ – nil victories and such like. 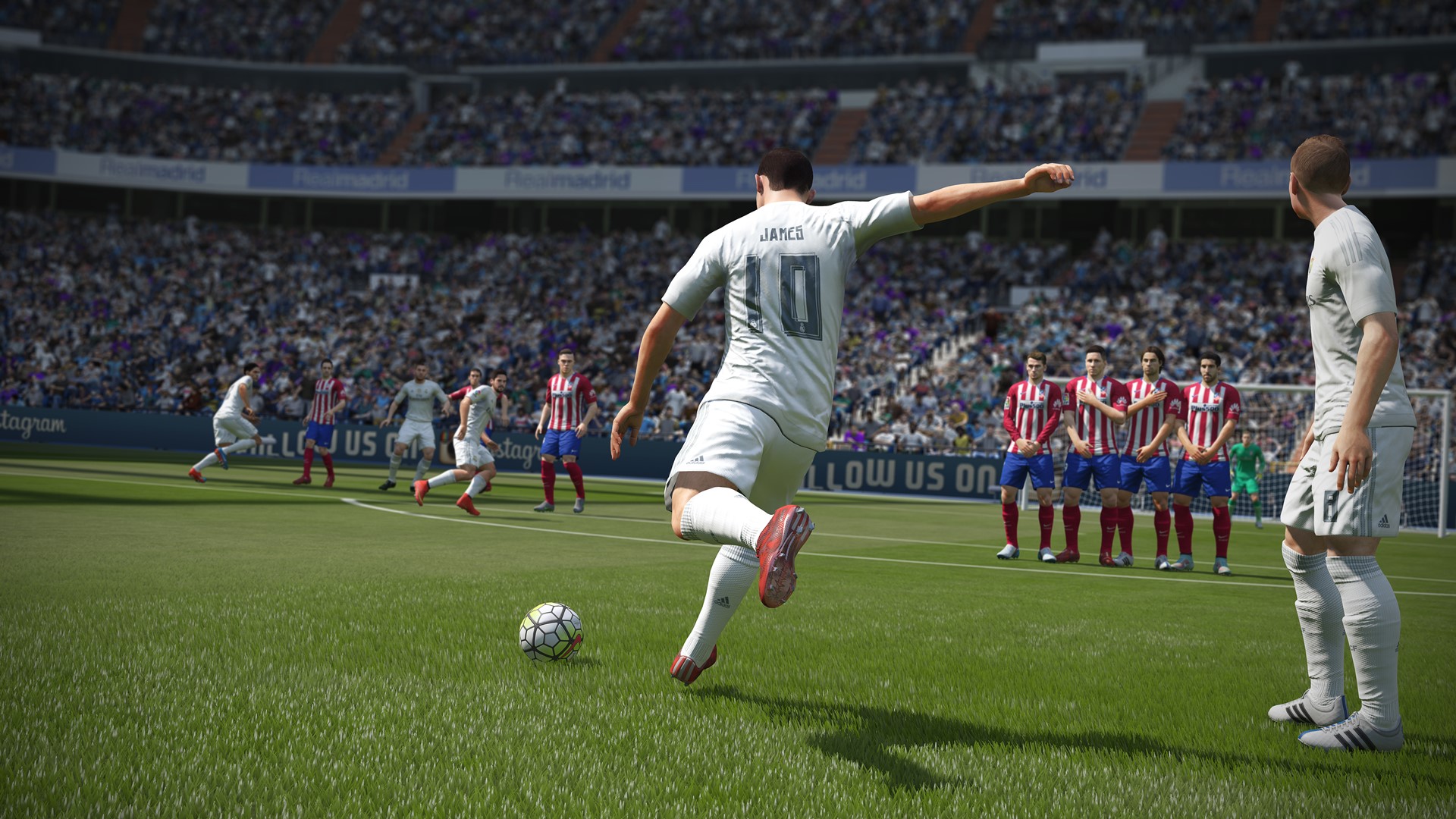 FIFA 16 is easy to play for beginners where simple knowledge of passing the ball, making runs to the net and beating the tough as nails goal keepers with swift and tactical moves are all that’s needed for a win. The AI does a reasonable job of being there when needed, although not always perfect as some wayward passes miss and can even cost the game on tougher settings. There’s some neat interplay though between players thanks to a revised passing system which is great for the attacking side. But sometimes there does feel like a delay between ref calls and the odd move. In all, FIFA 16 captures the game well enough but does feel very much like a video game in comparison to Pro Evo’s simulation approach. It’s hard to fully put the finger on why the game feels this way and it’s also another point to raise as to whether this is negative or not. In terms of sheer enjoyment the game delivers on all fronts making it hard to be overly critical here.

In terms of visuals, FIFA 16 offers a comprehensive take on football with rich pickings from the real life game thanks to its incredible attention to detail. From stadiums, to the players themselves, match introductions, there’s much to marvel at – being close to one of the premier London clubs we can even see our place of residence as part of the background detail which is incredible to say the least. There’s no denying the aesthetics are great with more detail afforded with each passing game. The animations though as mentioned do feel a little “arcadey” at times though if you’re going to be critical here. Audio is of a great quality with some impressive commentary in several languages, excellent spectator atmosphere and the return of the customizable EA Trax to keep you tapping away during all the menu moments. 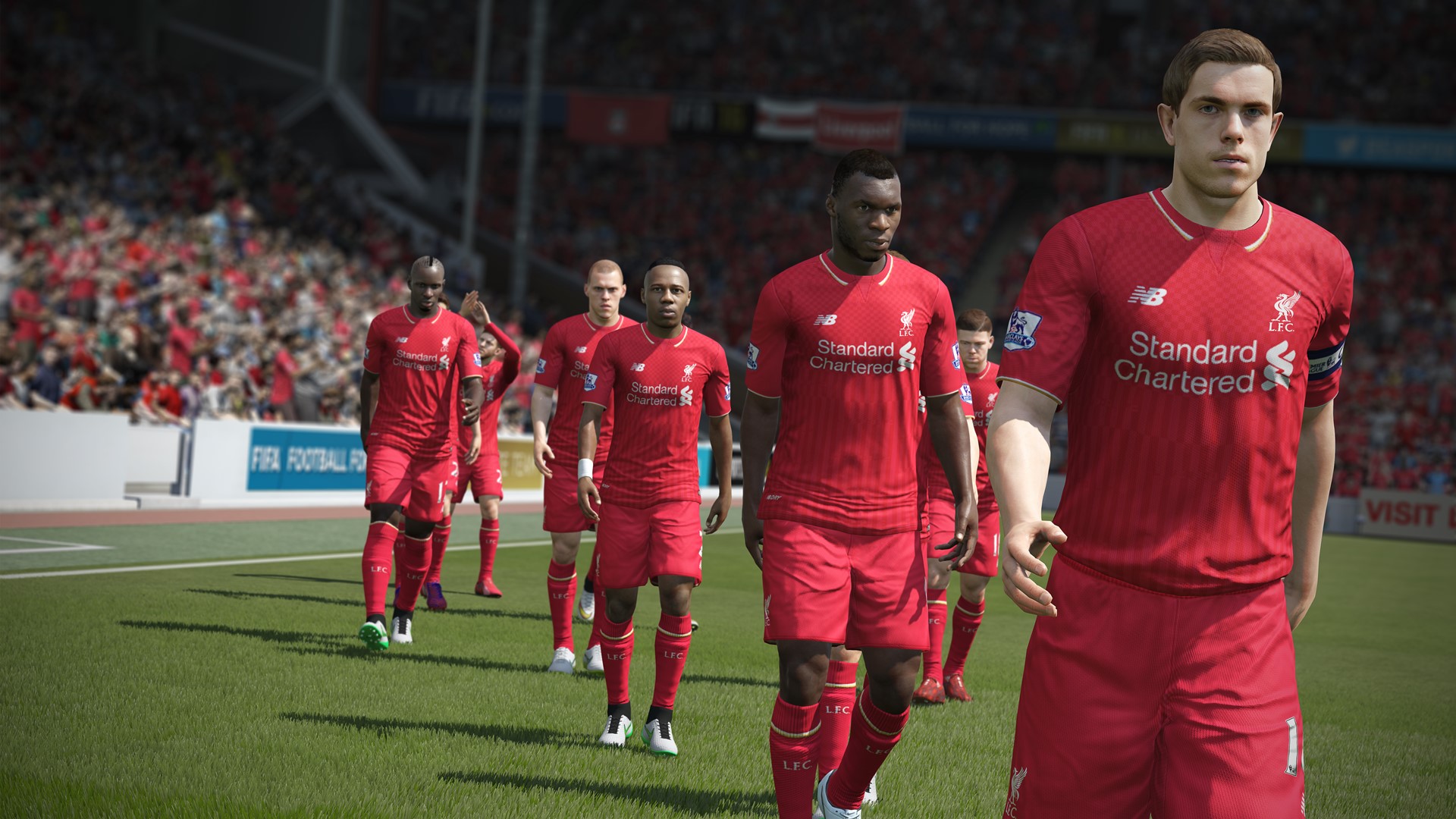 Looking at the longevity there’s enough on offer (once again) to keep players fully hooked until FIFA 17 that is. There’s a wealth of online and offline modes making it an all encompassing experience to while away the days, weeks and months. Whatever your forte there’s something for everyone here whether you’re a complete FIFA noob dabbling in the basic moves or seasoned vet looking to master the more flamboyant gameplay actions.

FIFA 16 proves once again that EA are top of the class when it comes to presenting the world of football, however, in terms of pure adrenaline fuelled gameplay, it’s possibly a matter of preference to determine which game (FIFA 16 vs Pro Evo 2016) is the better overall. They both offer similar flavours with one opting for a more simulation experience than the other. FIFA 16 remains undoubtedly the most polished and complete football experience with its licensing once again really pushing it ahead here which means if you’re after an authentic looking game then this is the one to go for even if choosing is a pretty tough call in terms of gameplay.