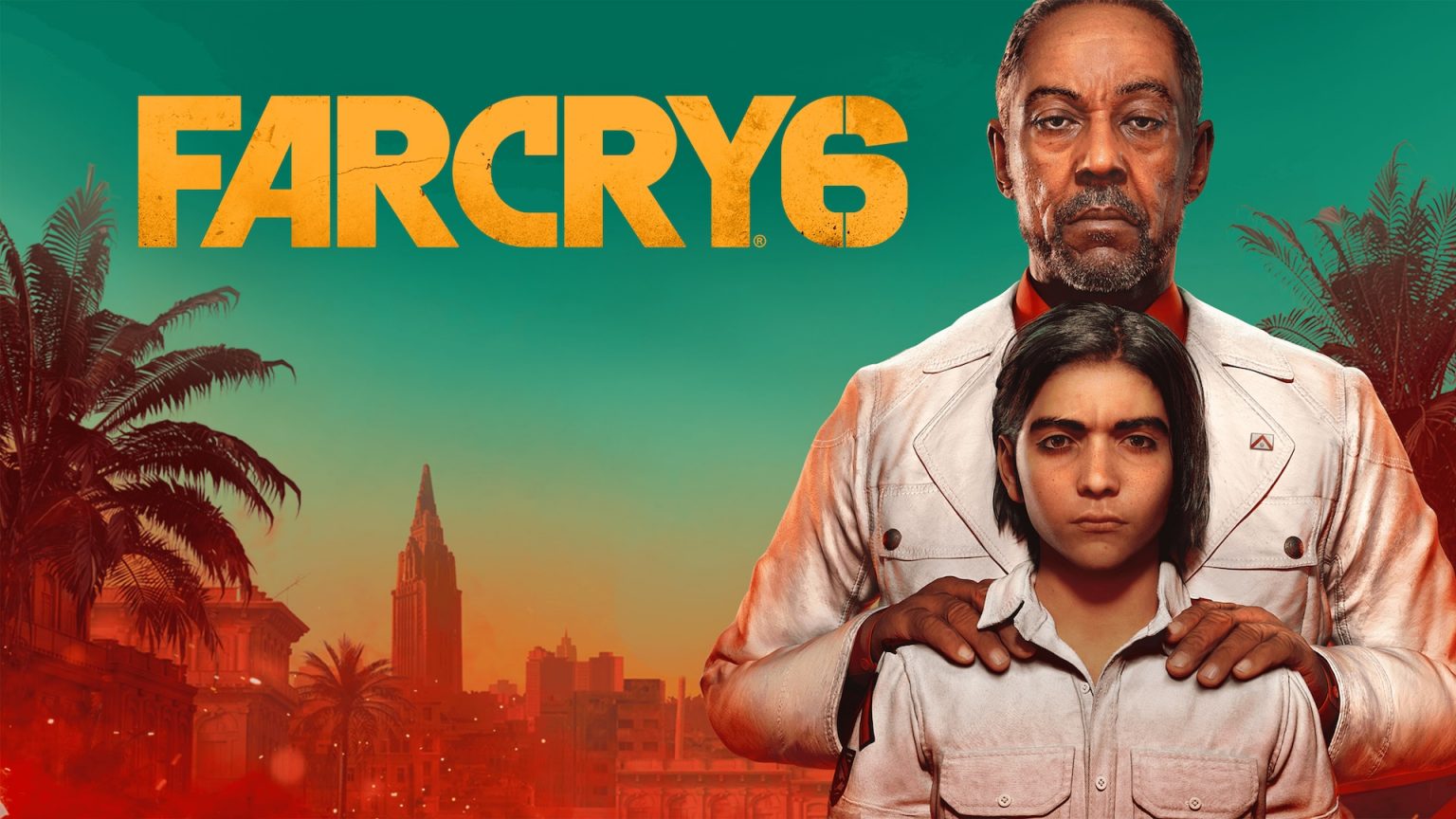 Ubisoft continues its Far Cry series with a fresh story and more open-world shenanigans in Far Cry 6. Welcome to the island of Yara, a veritable playground featuring the usual suspects. Aside from a few nuanced gameplay additions, is this worthy of your time and money. Take a look at our Far Cry 6 PC review for the full picture.

Ubisoft ushers in another franchise from its big 5 with the arrival of Far Cry 6. Whilst the game shares similarities with its 2018 sibling, some new additions make it stand-out and perhaps in a way, it becomes an amalgamation of its other open-world games. Whilst Far Cry 6 maintains its own identity, that’s “Viva La Revolution” in the fictitious Caribbean island of Yara (which has an uncanny similarity to Castro’s Cuba), the gameplay reminds us of its Ghost Recon Wildlands and Breakpoint with a touch of The Division tossed in for good measure. There are elements of Assassin’s Creed as well, so it’s interesting that Ubisoft Montreal has taken elements from these franchises and incorporated them into the Far Cry series.

We think at the end-of-the-day, the remit here is to provide fans more of the same, without becoming stale. Far Cry 6 manages to pull-it-off by distracting the player with the idea of overthrowing the enigmatic leader, El Presidente Antón Castillo (voiced by and resembling the actor Giancarlo Esposito). Whilst perhaps not as menacing as say Vas from Far Cry 3, he does offer his own take on being a grandiose villainous leader. Rather than force the player to focus solely on the one individual as with previous games in the series, it’s a case of fighting against everything he stands for. With a massive army behind him, that becomes an easy task.

In Far Cry 6, players choose either a male or female Dani Rojas character, who from the offset escapes from Castillo’s army and ultimately joins the Yaran guerrilla forces as a former military conscript. A good excuse as any to be proficient at flying, shooting, stealth and all manner of combat skills. There are no skill-trees here to focus on, although you do “level-up”, in this instance it’s more a case of simply getting better equipment to exact your punishment. We think this is a good approach and fitting of the theme which presents a game that has less survival elements than previous titles.

Players then have the open-world to explore, but much like its predecessors, there is a story element to follow which opens additional areas which are somewhat level locked. Players can explore outside of the chaperoned comfort zone, but there is no story progression unless you follow the predetermined path. At times though, there may be more than one story mission to complete and a map filled with lots to do. Players can explore the rather expansive map at will and tackle outposts, search for treasure and plenty of other side-activities outside of the story which is neat, but the reality here is the story is the most engrossing part of the Far Cry 6 experience. You’re not ever forced to play the side content. There is a little management on offer here as well, what with collecting resources to craft better mods for your gear, or even upgrade your many bases of operation, but these can be optional. You will often just collect things as you play in a natural way rather than having to hunt things down. We like this relaxed approach.

Combat feels pretty polished as you would expect from game number 6 in the series. Players adopt several approaches to complete their tasks as an expected feature which include ranged attacks using sniper rifles, charging in a la Rambo, or sneaky stealth with graphic one-hit takedowns. The stealth especially is pretty competent, although with all the assists on feels like a lot of hand-holding. You can disable HUD options for additional challenge. It’s a shame though, that not all of the HUD options are available as we have seen requested in games like Ghost Recon Wildlands. For example, radar is either ON or OFF with no middle-ground to just remove all of the red markers which show enemy presence. Turning off the radar makes it a pain when attempting to navigate to your next objective. Hopefully, Ubisoft Montreal will improve this as Ubisoft Paris and Ubisoft Milan did with Wildlands. The game is fun though whether you are disabling alarms for a perfect stealth assault, or gunning down choppers with one of the new yet unconventional special “resolver” weapons. There is no denying Yara offers a great playground for all. One tiny niggle though is the inclusion of respawning enemies for certain scenarios. This is not a good feature at all and a little on the lazy side. It’s one thing having new enemies drop-in via chopper, or vehicles because an alarm gets triggered, but having enemies magically spawn in ruins the feel of some combat sections.

Visually, Far Cry 6 looks great as you would expect, with a balanced mix of water, jungles and built-up areas, complete with the appropriate flora and fauna. The map does feel similar to the Ghost Recon games in many ways, but has its own Cuban/Caribbean flavour. The game isn’t free of glitches though but on occasion there are some spectacular random elements that just happen which can be hilarious. Chopper gets shot down and crashes into vehicle, said vehicle explodes as rider on horseback approaches, rider dies, horse runs off engulfed in flames. PC players can optimize the game with numerous options, and for the first time for the series, the game offers ray traced shadows and reflections. A built in benchmark tool is pretty handy to get the desired results. Naturally, our RTX 3090 handled the game in 4K, Ultra settings with ray tracing features enabled. That said, Ubisoft has partnered with AMD on this occasion, offering AMD specific features and drivers which means better performance perhaps on those systems.

Audio is pretty decent here, with some interesting Latin tunes across multiple radio stations. Often they don’t necessarily fit what you are doing but add a degree of colour when you’re driving around outside of any specific mission. Voice acting from all the main cast is of a high standard, and as you would expect the overall sound effects are on-point. The game does provide a varied mixture of male and female leading characters which seems a little too inclusive at times, but at least one cannot complain about a lack of variety. In these Ubisoft worlds, women equal and often surpass the abilities and tenacity of their male counterparts and here is no exception. If this is a concern, then you will be constantly groaning.

Our playtime suggested 30 hours plus for 100% story completion and some side-missions. The game offers a selection of additional content and post-story completion actions. Insurgency is a post-story meta game where players hunt for clues before tracking down a leader in an area taken over by Castillo’s remaining forces. This is a weekly event which changes. Special Op missions are also available at any time which can add an hour or more playtime. These feel like worthy extras to mess around with during and outside of the story. With loads of other missions and activities remaining on the map, expect way more than 30 hours total playtime for 100% game completion.

We like Far Cry 6 as it seems to rest comfortably with its tried-and-trusted formula honed from 5 previous entries in the series. The game offers some great missions, strong characters, and an engaging story of an uprising against an infallible regime. There is enough identity here to make it its own game despite the similarities with other Ubisoft titles. If you like stealth, open-world and action, then Far Cry 6 is well-worth checking out for some no-nonsense gaming 101.