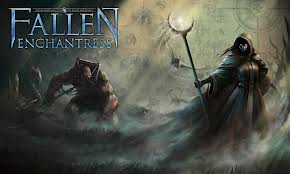 Kalypso Media’s Fallen Enchantress Legendary Heroes is now available for PC, and to celebrate the launch, released a new trailer. Take a look at more details over at the official website.

After a devastating cataclysm has precipitated the world of elemental into an era dominated by death, chaos and destruction, new civilizations have risen from the ashes. In Fallen Enchantress: Legendary Heroes you will forge a new empire in a world sundered by powerful magic. Mighty champions and grand armies will fight under your flag to face terrible creatures, complete quests, rediscover lost secrets and expand your kingdom in your bid to rule the world of Elemental.