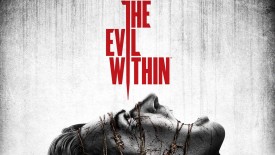 Offering some hope to console gamers today as Tango Softworks released a patch for the PC version of Shinji Mikami’s The Evil Within which at launch forced a letterbox view and locked the frame rate at 30 frames per second. Post the automatic patch, PC gamers will now have the option to remove the letterbox format and go full screen, as well as being able to unlock the frame rate to a more preferable (for some) 60 frames per second.