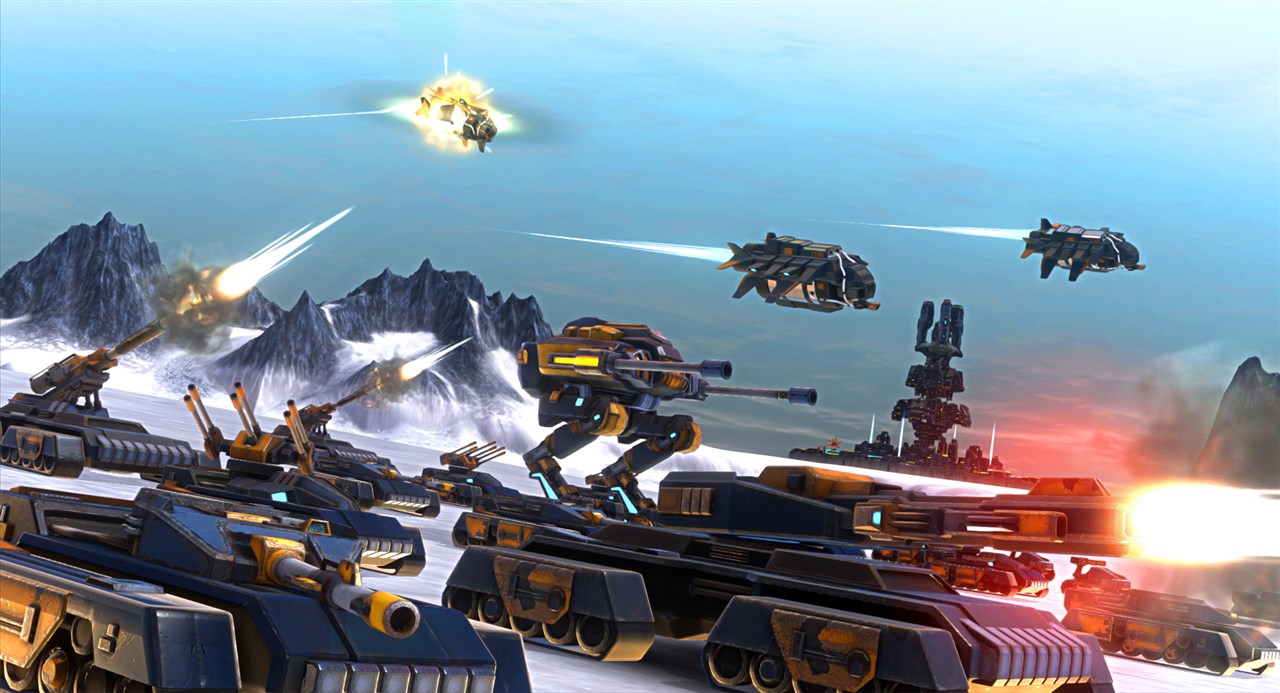 Tindalos Interactive released some screenshots from their forthcoming futuristic strategy game Etherium which will release exclusively on PC in 2014. 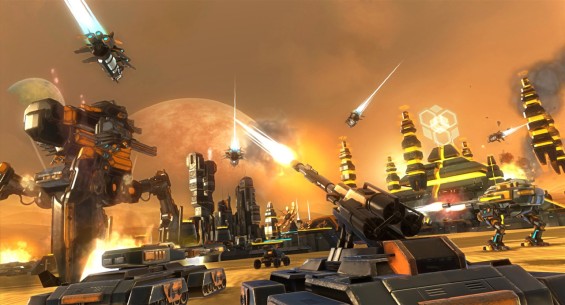 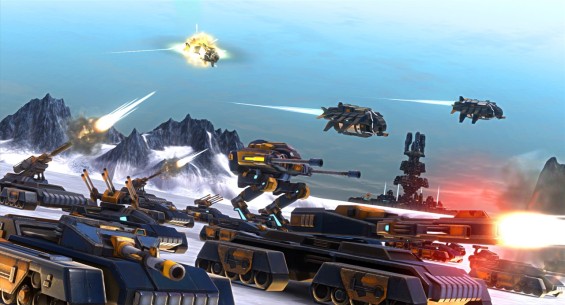 Etherium is a massive futuristic real-time strategy game developed by Tindalos Interactive, the studio that created Stellar Impact in 2011. A more ambitious title, Etherium has been in development for many months and will be released exclusively on PC in June 2014.
In Etherium, three empires are locked in a ruthless struggle to control a distant planet and its moons; this planet contains etherium, a mysterious and precious resource. The player will take the lead of one of the three factions, each with its individual characteristics, strengths, weaknesses, technologies and special skills, such as climate control, espionage and precognition.

During the missions, you will have to manage your resources, expand your colonies and extend your control of the map to assemble an army capable of crushing your opponents. Epic battles will ensue between formidable armies comprising numerous units that vary depending on the faction, each having its strengths and weaknesses: infantry, all types of tank, naval units and gigantic colossi of war several meters high; real machines of destruction!

You will also use scientific research to develop a tech tree enabling you to unlock new units and upgrades, access new structures to develop your colony and to use new special skills.

Etherium has a unique and dynamic weather control system that has a direct impact on the player’s gameplay and strategy. You can use a sandstorm to approach the enemy base unseen, or mount a rearguard attack crossing a freezing river with your tanks. This weather control system will also work through synergy with the special skills of the factions. For example, one of the empires may create localized weather conditions, to help its army, or hamper the opponent’s forces. Another faction will have the ability to see into the future to predict where and when the next climatic events will occur, and devise a strategy based on future events.

The solo campaign in Etherium is non-linear, so you are free to decide how your conquests progress: you can choose which of the planet’s continents or moons will provide the setting for your next mission. It may be more advantageous to conquer particular territories, but these may also be better defended. You will also have to stop the enemy from recapturing territories you have gained! Every continent and moon has very diverse environments, and varied terrain that will force you to adapt your strategy and employ different tactics: arid desert, jungles and swamps that impede the advance of the tanks, icy worlds, island archipelagos… you must consider the terrain very carefully before implementing your strategy! You will also encounter six secondary factions during the campaign (raiders, alien beings, etc). You could of course fight them, but alternatively you could also rally them to your cause, to exploit their units and special skills!

Finally, Etherium will also test the strategic skills of every player in online modes, where up to four players can compete simultaneously.