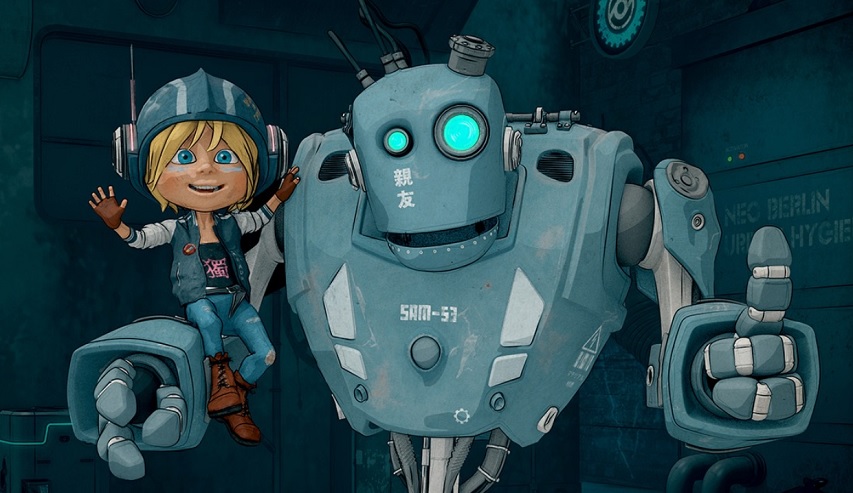 Assemble Entertainment and developer Chaosmonger posted a new gameplay trailer for their upcoming cyberpunk themed point and click adventure game Encodya. The game plans for a release this year on PC via Steam.

It’s 2062. Tina – a 9 years old orphan – lives with SAM-53 – her big clumsy robot guardian – on a rooftop makeshift shelter in Neo-Berlin, a dark megalopolis controlled by corporations. The protagonist is an urban jungle kid, which has learnt to live alone, scavenging dumpsters of the dystopian city, eking out a living of scraps. Her funny robot always with her, programmed to protect the girl no matter what.

ENCODYA is based on the award-winning short film “Robot Will Protect You”.

– Explore the dark cyberpunk world of ENCODYA in 2.5D with 2 playable characters

– More than 50 locations in Neo-Berlin to discover and explore

– Over 3000 lines of dialogue tell an immersive story

– Randomization of objects and locations

– Professional dubbing actors lend their voices to the characters