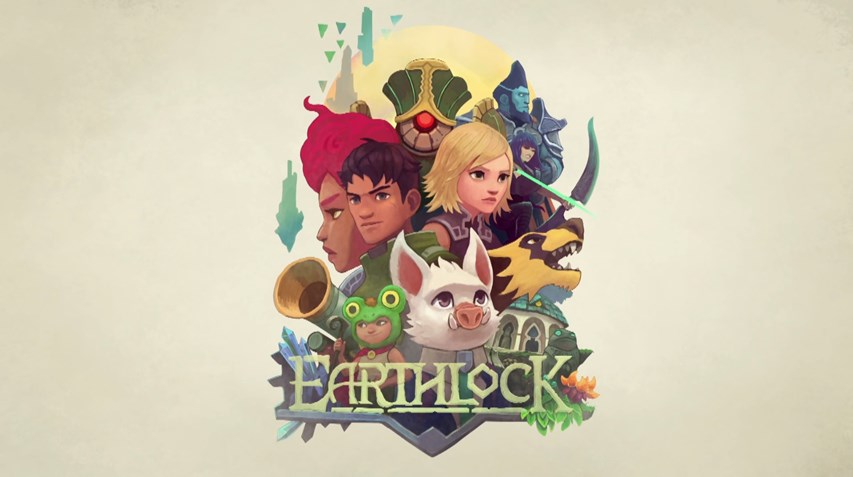 Snowcastle Games recently revamped their Earthlock Festival of Magic role playing game to become Earthlock Enhanced Edition and now that I have spent some time with it can pretty much offer an opinion on this colourful throwback title. I say throwback because if you think the old school games with less emphasis on realistic visuals a la Final Fantasy XV and more traditional looks from the 1990s you should have an understanding of where I am coming from. Look at the screenshots or videos and you will instantly catch the vibe here.

Earthlock presents some interesting characters which include a treasure hunter in training an investigative pig and an imperial guard to name but a few from the varied cast of characters. Interestingly, the story switches between them to set the scene where eventually they come together to form the classic RPG party of which you can pick and choose who to tag along for the turn based battles. Obviously I am not going to spoil any story elements here and just talk about the game’s main points of interest. Turn based battles are the mainstay here and to be frank I found them to be most enjoyable, except some opponents are pretty tough, maybe frustratingly tough at time, such as destroying your entire party when they have a slither of health left. Sounds familiar right? You are given some heads-up though on failure rather than endlessly trying again and again without progression. Once the correct attack or defense method is employed then victory can be yours. I found that using this approach made some of the battles a little rigid leaving no room for player flexibility but pretty much any grunt was fare game (and relatively easy pickings in comparison to the boss, sub-boss opponents). 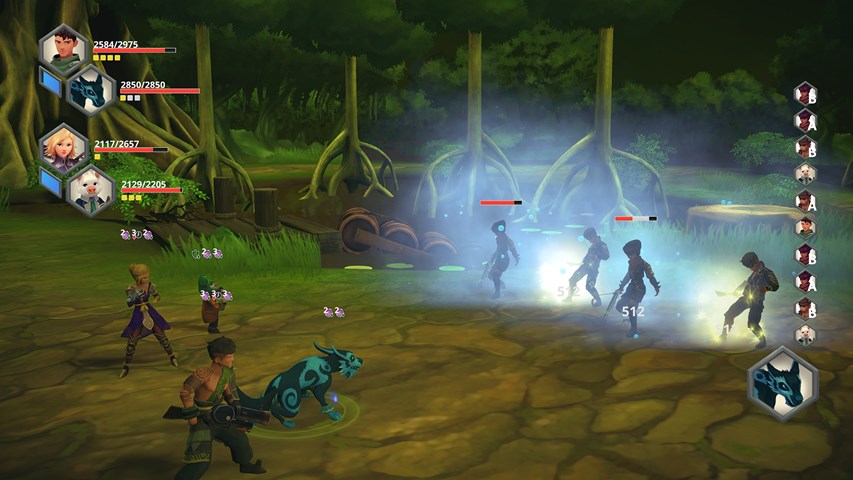 With your party in tow, you can wander the world map which switches to a wider view and shows off the enemy positions in real-time. This is by no means a new gaming feature but at least I found it works well for those who would like to skip battles every few steps or grind out to level up before moving on. On the world map and in the game’s dungeons there is an emphasis on swapping characters on the fly and using their unique abilities. I actually liked this aspect which made no one character the main lead per-se. You have to pretty much use everyone to progress. The dungeons or key locations are the main points of interest in this game and provide some puzzle elements as well as the aforementioned combat. There is plenty to see and do here making for an enthralling and entertaining experience. I haven’t played the original iteration of this game so I cannot compare, but will have to take the word of the developers that the overall game is vastly improved over last year’s release.

There are plenty of side quests and activities to play around with as well which involve helping people in the populated areas find items. Planting useful items which can be used in crafting and all sorts of fetch-collecting. One neat feature I found most agreeable is how each character is developed. You can tailor their growth to suit your own style and even create friendships with each other which have varied bonuses in combat. In fact, before I forget about this, in combat there are two main stances for each character which affects their role which is pretty neat. For example, Gnart (the pig character I mentioned earlier) has two stances which consist of magic user enabling healing or mild attacks or defense which offers boons to the party at the expense of losing attacks. This approach makes for some interesting encounters which I found made the combat more rewarding overall. 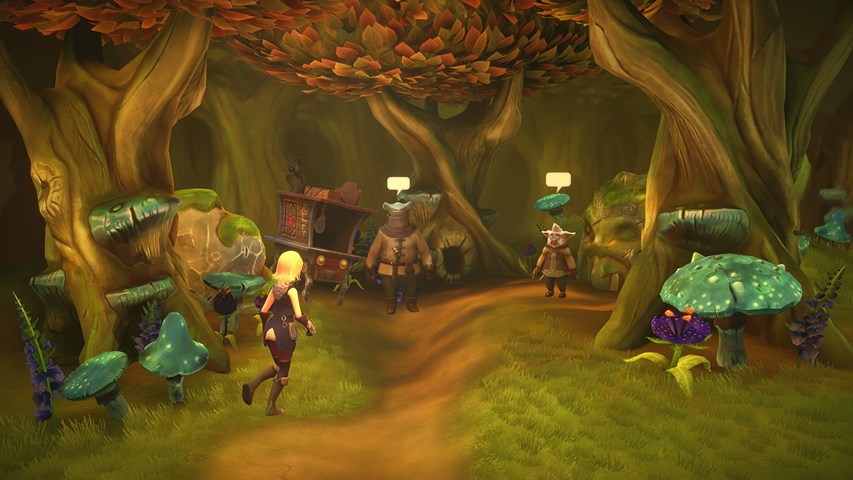 Earthlock employs some colourful visuals which are often vibrant and varied sticking with traditional RPG location themes. It plays smoothly and looks good so I have no complaints there. I also have to note the enemy designs being quite interesting as well. Certainly not your typical opposition that’s for sure. The music is pretty epic and I enjoyed the soundtrack overall which adds more character to this already distinctive game. 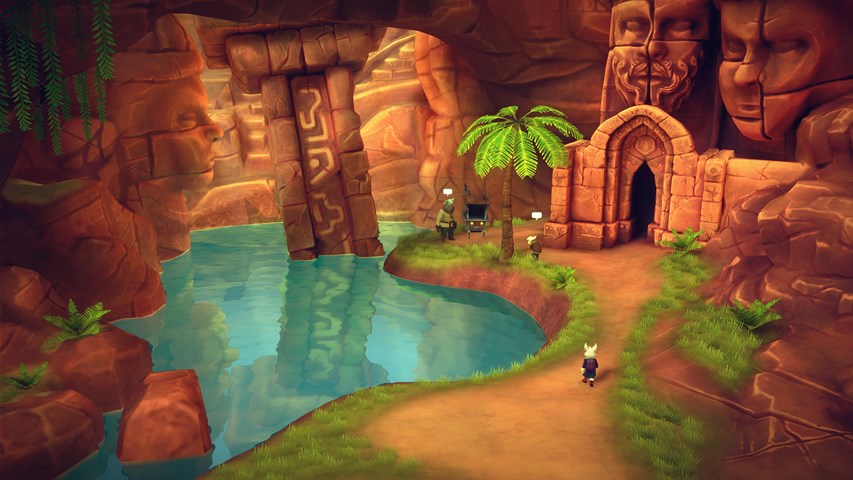 There are plenty of hours gameplay provided here which will keep anyone playing it hooked. It is a game you can drop in and out of or play for longer sessions whatever suits. It is pretty easy to get into even if some of the combat can be quite challenging to begin with. For me that meant putting the controller down for some moments and coming back again with renewed vigor rather than being beaten into submission and getting all hot headed. That’s probably an admission I shouldn’t advertise. 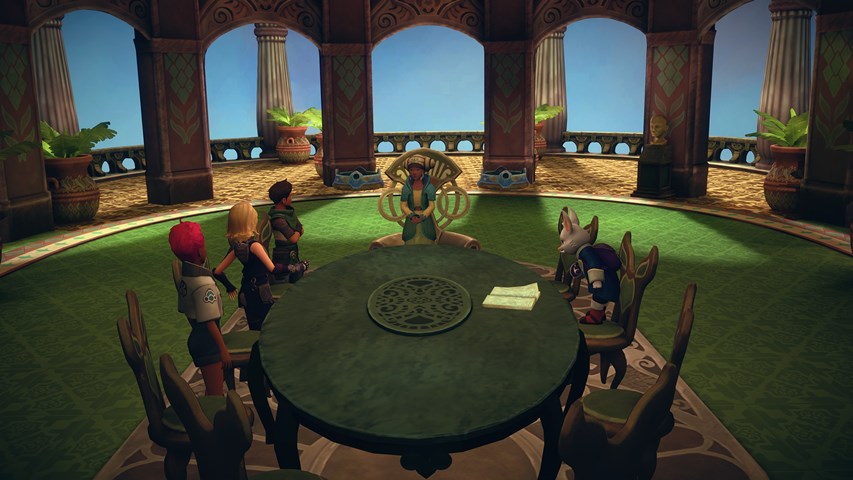 I have certainly enjoyed Earthlock in a nostalgic way and can recommend the game for people looking for an old school style adventure role playing experience in our more recent times (with an added smidgen of cute). It is not the most in-depth RPG I’ve played but is quite fun and the bottom-line entertaining and rewarding at the same time. If you are after something that doesn’t strive for realism and isn’t full of post-apocalyptic technobabble then Earthlock has your name on it. Enjoy!