Speaking to Game Informer, EA has announced through comments made by VP of corporate communications, Jeff Brown,  that moving forwards it will no longer be using an online pass model for its games. On the surface this sounds like good news for gamers who simply didn’t gel with the whole idea, however, there’s a possible sting in the tail. 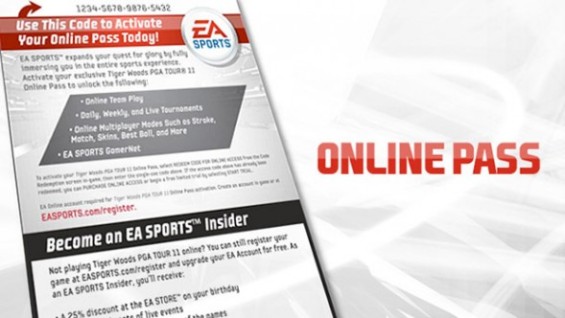 If we look at Brown’s comments, and one section in particular:

“We’re 100 percent committed to creating on-going content and services so the consumers get more value out of the game – you know games like Battlefield and FIFA where there’s all sorts of new things that get added all the time – but the whole idea of packaging it up with an online pass, clearly it was not popular, so we listened to people and we stopped doing it.”

It’s sounds like commendable stuff except there’s a worry. The issue that arises and is still prevalent is how does a company like EA tackle used game sales and piracy – something online passes tried to counter. Well, there’s a few things to try which Brown’s comments hint towards. One ideal is to make the initial purchase only part of the entire package so that the end result is consumers are more likely to hold on to the game rather than sell it to fuel a used sales market. With more enticements being offered as DLC extras – and in the case of Battlefield games, more maps, weapon’s, modes and skins etc. – there’s a model which aims to generate sizable revenue from digital sales, thus empowering the publisher and cutting out the retailer altogether. Again, there’s stigma attached to this but it’s still seen by some as positive post release support.

The main concern with this practice is whether retail games will contain less content and still retain the current pricing model. This is not an issue unique to EA’s products, and is something that lurks within the entire industry. So, before one takes this news in a celebratory manner, consumers and those reporting on such actions need to be vigilant and clear that the gaming basics are not being undermined or interfered with to compensate.