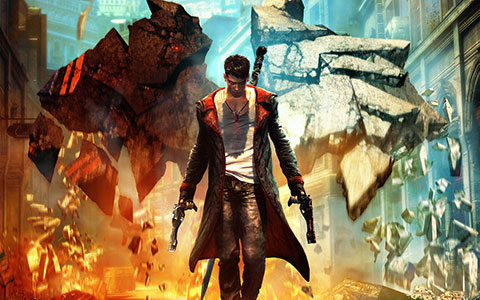 Capcom just released a new developer diary video for their forthcoming action packed DmC Devil May Cry reboot. Since the game was announced there has been much murmurings from fans both negative and positive, but the latest video has them up in arms once more as the lead actor pronounces the name of the game’s hero as “Donte” – that’s Don-tey.  The hero’s Italian origin name is actually Dante, pronounced DAHN-tay. What the comments and general sentiment towards the game from fans show is that said fans are already failing the game before they have played it fully, looking for any excuse to mock and knock the game despite whether it turns out any good or not. However, in their defense, if the lead actor cannot pronounce the main characters name properly then what hope is there? Check out the video and see if its just a few nit pickers having a go or a genuine WTF moment!