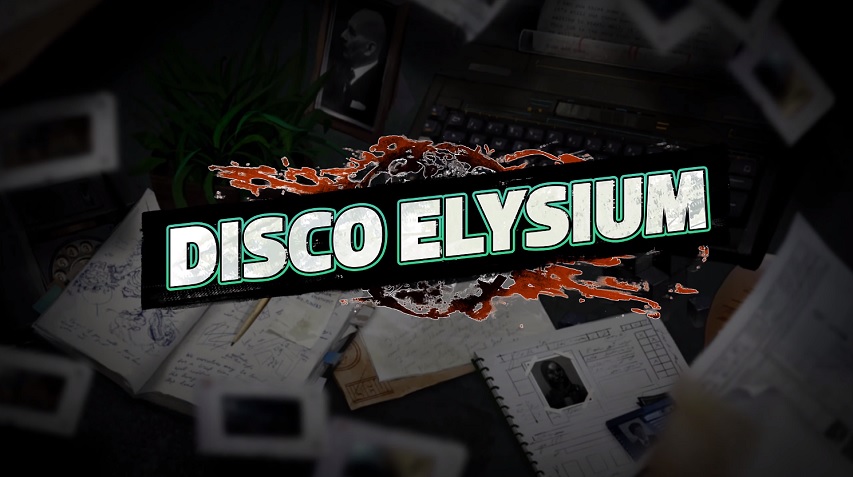 What is Disco Elysium other than a mental assault on the senses draped in an abundance of wicked imagery and tenacious writing. It’s a point-and-click-adventure at heart with a free-form approach melded with a splattering of RPG tossed in ad-hock…somewhere. I don’t fully get where I can pigeon-hole the game but it’s safe to say it’s not in my usual remit of games. Is it worth playing then for the uninitiated or uninformed? Like me, can you just dive-in and wallow in its prescribed brilliance?

Yes, you can after a bit of fumbling around to find your feet. It took me a while to figure out what the game wants you to think it is. At the start you select from various skills in a create-a-character class kind of way. I finally opted for a well-balanced character but the options to go to extremes of either end of the scale exist here.

Perhaps I am getting ahead of myself. You play as a detective character (Harry) who after a hard night of drinking doesn’t have a clue who or what he is. The game set within the city of Revachol offers a dank and meek existence full of lures into the unreal and sublime. There are twists of fate and dangling carrots of deranged addiction for your character to play games with or attempt to ignore. Joined by his side-kick Kim, the two detectives wrestle with the dregs of humanity to solve cases and generally act like the good guys, or the bad guys, or just totally out-there crazed people of chance.

I entered the game knowing what type of person I wanted to represent, although with the options available sticking to that wasn’t always possible. Lots of digressions flirted with my conscious, offering numerous choices in how to deal with the mundane things in life like…finding my clothes. Interacting with suspects and even victims provided pathways I could engage dipping into naughty, compassionate, complete jerk, stud or anti-hero. Somewhat reflective of the choices I made with the character I wanted to be at the start of the game, or not if I wanted to drive-off on a tangent into the unknown. Conversations offer some of the most deranged and wonderful responses in a game like this I could imagine. Many hitting me hard from the leftfield and causing a reaction. The writing is totally on-point here and the way conversations evolve with the roll of the dice affecting your chances make for a fairground of random outcomes. To the point where as a player you make the choices whether a 42 per cent chance is worth taking considering the potential consequences if you fail.

Disco Elysium does a great job of character building and the relationship your character has with NPCs. The open-world style means you see the same people throughout the game days and converse with them. I formed opinions of specific individuals which in turn dictated how I responded to them. It’s not a case of just going through each option in the dialogue tree, instead, sticking to your character and not budging or leaving the conversation when you feel it’s as far as you want to take it. I found a really pleasant system here, believable almost despite some of the crazy responses that remind you there is a game here with a distinct message. I think the main takeaway is you’re reading a lot, it’s like a visual novel with player choices.

Visually, the hand-drawn artwork is astounding with great depictions of the darkness of madness and subliminal mental states of mind. I can’t fault the art direction at all. It just works and gels with the concept and premise the game presents. My only complaint would be a better system for movement rather than having to point and click everywhere. Full WSAD movement or gamepad support would have made it feel more relaxed. That said, I can live with the current control scheme, it’s not a big deal and certainly not a game breaker. In fact when I wanted to sit back and relax I simply used Xpadder to map the mouse cursor and played that way.

I found the audio rather mixed, excused the pun. Not in any way obtrusive but on-point when it needed to be. Music often quite subdued for the majority of the time and voice-overs coming and going like subway cars on a predetermined route. The voice acting sounded great which made it more jarring when mid conversation it ceased to exist.

Disco Elysium offers player choice in abundance. It’s pretty easy to end it all rather quickly especially if you refrain from save game cheating. Make the wrong or right choice and fairly quickly your character descends into hell. I like it. I found it raw and moving. Giving me chance to strike up a deal for the next time with a new build. As I said, taking a while to find ones feet when I first started playing. Once the boundaries become second nature then you start to have fun with what the game wants you to be. And…for that end this game comes packed with a genuine sense of replay value. Choices do matter, and the way you conduct yourself with your fellow NPCs does impact the present and future. Hats off then to ZA/UM for structuring the game like it is.

This is a weird, disjointed review, not spoiling anything and deliberately avoiding the details. Rightly so. I think Disco Elysium is an exceptional game but won’t resonate with action gamers or even RPG players who prefer more hands-on actions. You read a lot of text, there’s quite a bit of fluff, plenty of distractions and progression feels painfully slow at times. Yet, if you can dig those beats then your entire being becomes sucked into a whirlpool of depressive thought-provoking nonsense. Enlightening assessment of the sublime nature of human existence and the existentialism of a predetermined character. I love this game and all it purports to be even if inside I don’t always agree with its underlying message. It’s gratifying to play such a game where developers cleverly step outside comfort zones and the proverbial box.