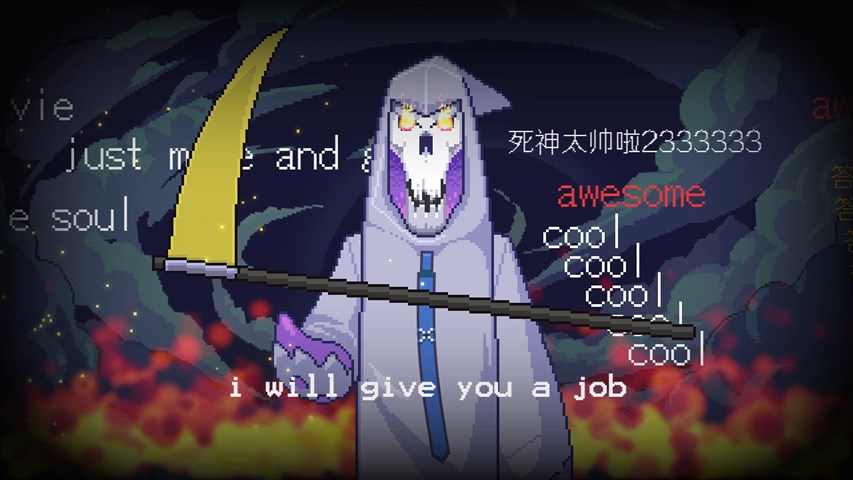 Death Coming from developers Next Studios is a strategic point and click game where you are enrolled by Death himself to capture some souls. The idea is simple enough, watch the inhabitants of various scenes and at the right moment (with careful timing) intervene by using one of many objects in the world to totally destroy them in the form of an accident. Obviously no one suspects a thing, but it’s your job to reach a soul quota and or clear the entire level of people (easier said than done). The strategic element arises when working out how to kill as many people in just the one trap and when done successfully means clearing the level entirely becomes more possible. However, a keen eye is required to spot patterns and engage at just the right moment for maximum impact.

That’s the basics of the gameplay, but as you progress, the stages get tougher and other elements such as changeable weather throw spanners in the works or give rise to new killing opportunities. It’s a clever game and rather addictive but is not all plain sailing. Once a certain number of people are killed the angel police are called in to patrol the level. If they catch the slightest hint of your meddling they will slap you down. Should you be “busted” three times then it’s game-over and a restart. In fact, restarting is a valid option considering how much you can learn just by experimenting and then improving your timing on subsequent plays.

Death Coming is a novel idea and really appeals to the inner demon. It’s rather compelling playing as the bad guy for once and although the sprite characters are somewhat drone like, there is a little personality for three main targets you are primarily tasked with taking out on each stage to progress. These have mini stories to observe, and involve a little more complexity for taking them out. In one scenario a character cheats with his bosses mistress who resides in a pleasure dungeon hidden inside his office at work. You have to attract the boss away from his office by desecrating one of his prized statues or paintings giving the chance for the romeo to have a sneaky session with his missus. However, whilst they are at it and when the boss returns to his office you can sneakily open the hidden sliding door where the boss sees the two engaged in “activity”. The boss then promptly has them both shot and killed by security guards. Ooh nasty! But job done. 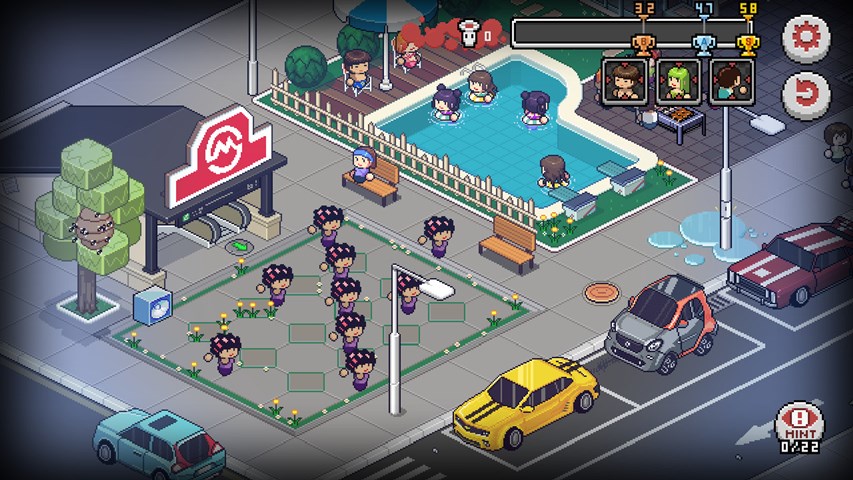 Visually, the graphics are pretty neat with a retro flavour making for a less gruesome looking game. It’s rather comical as opposed to disgusting which is just as well considering some of the deaths could be quite messy. The screen does feel busy where it’s great being able to pan out to get a full view of surroundings and then zoom in for a close-up if required. The sound is a little bare bones with a looped soundtrack and spot sound effects. However, you can unceremoniously click on each character for a little soundbite effect which is cool.

Death Coming is an entertaining game offering quite some hours of play and as mentioned, it’s likely you will have to restart levels again to maximize the killing potential or if you get busted too many times. The level clear requirement is quite high and if you mess up too many times becomes harder if not impossible to obtain. There are some hints showing what traps can be used, but the fun is finding them first hand. Once you become a bit of a dab hand then of course you can try again and compete against others on the global leaderboard. 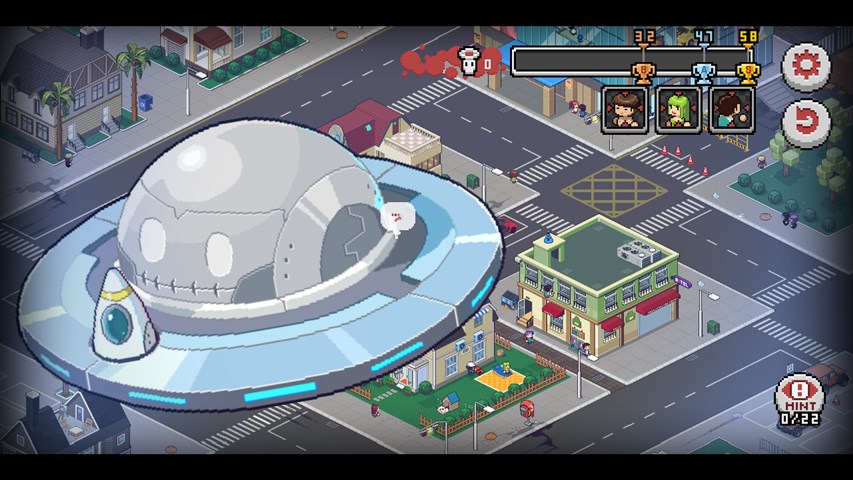 If you like something different where you can take your time and just dish out punishment to the unsuspecting, then Death Coming is certainly well worth a look. It’s a neat little game and offers hours of entertainment. There is a bit of strategy involved and it can be quite challenging as well which is all good. The only real gripe here aside from repetitive gameplay is a lack of multiplayer or competitive option which could have given the experience a wider appeal and more longevity. That said, as a single player game it’s fun to pick up and play in small doses and with a current price tag of just £2.99 on Steam sale you can’t go wrong here.