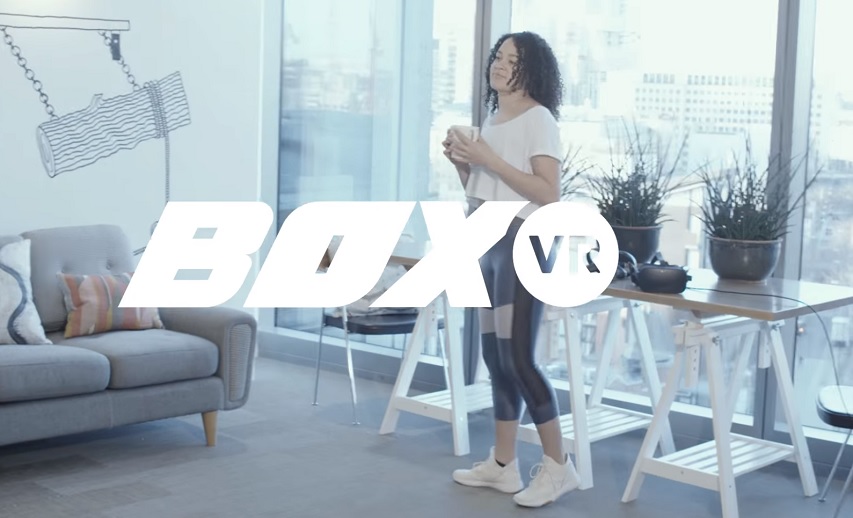 To recap, the game offers over 100 music tracks in various genres to play against, with numerous routines designed by a number of real life fitness coaches. Workouts range from quickie 3 minutes to endurance up to 60 minutes which requires crazy skills if you don’t add any breaks. The idea is to punch, hook, uppercut colored orbs as they enter your physical space. Each colour represents your left and right fist, displayed as a pair of boxing gloves. You also need to block, squat and dodge various hazards. Yes, it sounds similar to Beat Sabre, but if the player exercises the correct boxing motions feels less like frantically waving your arms about and more like a boxing workout similar to those Tai-Bo routines of the 90s and noughties (minus the kicks of course).

At the beginner level routines are pretty straight forward and this is where the divide comes into play as far as I am concerned. It’s easy to rack up perfect scores and feel gently exercised. However, using one of the intermediate to advanced set-routines immediately ramps-up the difficulty where boxing form dives out of the window for ridiculous flailing about using unrealistic movements. Squat, hook, block squat, punch, uppercut, dodge,squat ,punch, block, hook at great speed. Sure you’ll sweat buckets but you’ll likely miss many of the orbs due to the intensity and speed. It’s here where the experience clearly wants you to game rather than get fit and maintain a proper posture or form. You can no longer put any power into your punches because the game doesn’t want you to unless you possess godlike reflexes. It’s more about learning the placement of the orbs in advance by practice which kills the experience for me.

For my tastes a preferred focused boxing experience set to music would suit me better. You can have that by creating your own playlists from the banks of music on offer using the EASY/Normal setting. However, this isn’t a painless process and with button presses often not responding means you have to spend time learning what track is what before getting to grips with creating routines. The game features an assortment of cool tunes but you need to play through them in the custom workout mode to know if they are suitable for your workout requirements.

Gameplay criticisms aside though, tracking is fairly consistent on the Quest although some loss occurs if you have any mirrors or large windows in view. Some tracks seem to not sync well with the orbs though but apparently this is on the list of fixes according to the developer. There are three environments to box in – but perhaps a few more included would add variety with themed locations to spice things up (PC version has additional locations absent from this version). Players enter their personal details such as age, weight and height which helps with the calorie counter. The option for multiple users is available as well which is neat for those sharing with partners and family. This is one of the few VR games that reasonably accurately tracks your burnt calories (not including a heart rate monitor into the mix). Eat a bar of chocolate, then it’s likely you need to BoxVR for 20 minutes to burn it off. The only real negative here is a lack of visible high score when playing levels. As a simple inclusion this would help greatly for those looking to best their previous scores or compete with rivals, although there is a online and local leader-board to compare between bouts. The point is, without too much fuss with external pieces of equipment, players can jump-in and start burning calories whilst having fun. That is the main selling point here and it achieves that pretty well.

The game also includes a head-to-head multiplayer mode but this is pretty sparse with players so you might not even find any matches which is a shame. The multi-player should be viewed as an added bonus but not the be-all-and-end-all of the experience at this stage. Given its low pricing and a serious need to get fit, the relatively low asking price £25 is fair for the single-player experience.

To wrap up then, BoxVR could make some cosmetic changes, add a few more options and improve on what is presented here for a more polished game. However, I feel it really needs to section-off the arcade playing style from the serious fitness boxing aspects to cater to the two potential audience types. The question remains then, should you buy this package? If you want a different experience to Beat Saber, then yes it’s pretty neat, a good workout and fun to play even if it’s exhausting. If you’re looking for a fitness game on the Quest then this is a rather focused effort which simply works as intended for those who are prepared to use the correct form.