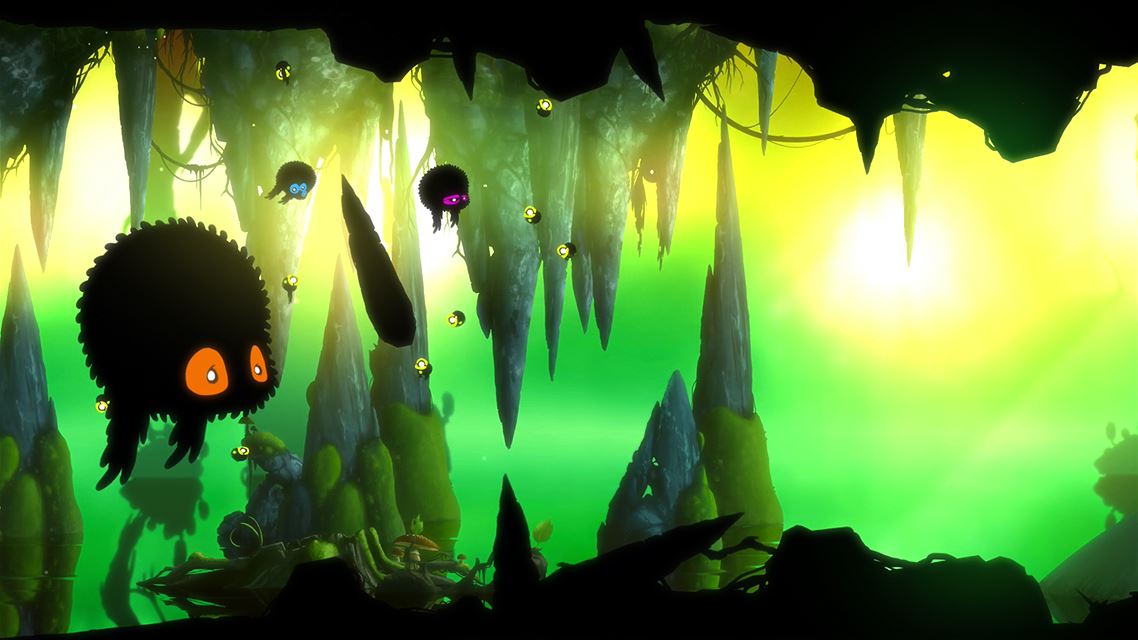 When Frogmind set out to build and complete a game within a year no one knew that Badland would turn out to be such a smash hit on iOS and Android. Players logged millions of hours guiding furry little creatures through a dark, atmospheric adventure that wonderfully used physics based gameplay to turn this platfomer into something unique. It’s no surprise the developers had roots in the Trials games that utilized the same style of gameplay, but with motocross. Questions arose of a port to Xbox Live which finally came to fruition with all of the added gameplay, but does this transition to console do the game justice and warrant a space on your hard drive? 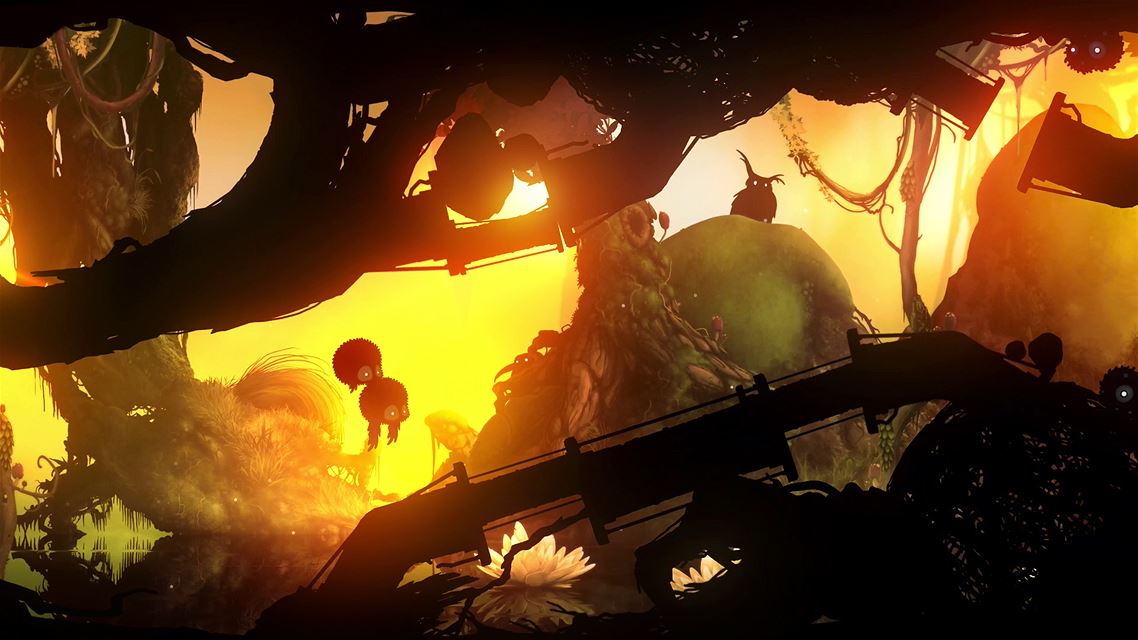 There isn’t much of an introduction as the game opens up with spitting junk out of tube into a dark and mesmerizing world. Trial and error seem to be the only way to really learn what is going on and how to control your character. Luckily the controls are simplistic and easy to master as you get a feel for the physics of your character by guiding it through the level. At first it seems like nothing in the environment poses a real threat other than the forced and continual movement forward, which is until you reach some of the higher levels where you must avoid obstacles like buzz saws, compactors, and exploding mines. You must navigate through all of these impediments as well as through various mazes and falling debris. 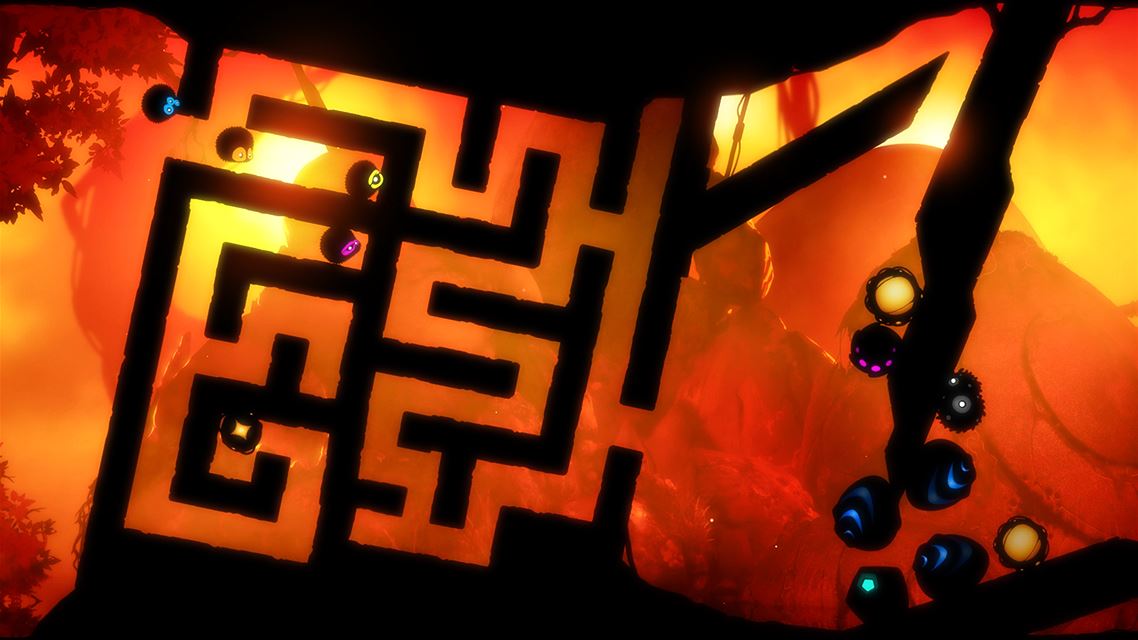 In order to traverse through the multitude of levels you’ll find small orbs that allow your furry little character to change its size, allow it to bounce or stick to surfaces, slow or speed up time, and even keep you in a constant roll. All of these mechanics are vital to continuing to advance through the levels and may take quite a few attempts to master, but dying is just one feature of the game you must be willing to accept. Badland offers up a very unique approach allowing you to clone your character and control a host of floating furry things at the same time. This introduces a new gameplay aspect that forces you to sacrifice some for the good of many, but more often than not you end up killing them all except one. All of these gameplay elements combine to make Frogmind’s game both challenging and frustrating.

Visuals are stunning, but use the backgrounds to bring the game to life instead of the main character or obstacles. Environments provide an interesting appeal that seems to be both post apocalyptic forest and surreal, giving it a distinctive aesthetic charm. The background music lends an ambient sound that is a perfect match with the visuals. 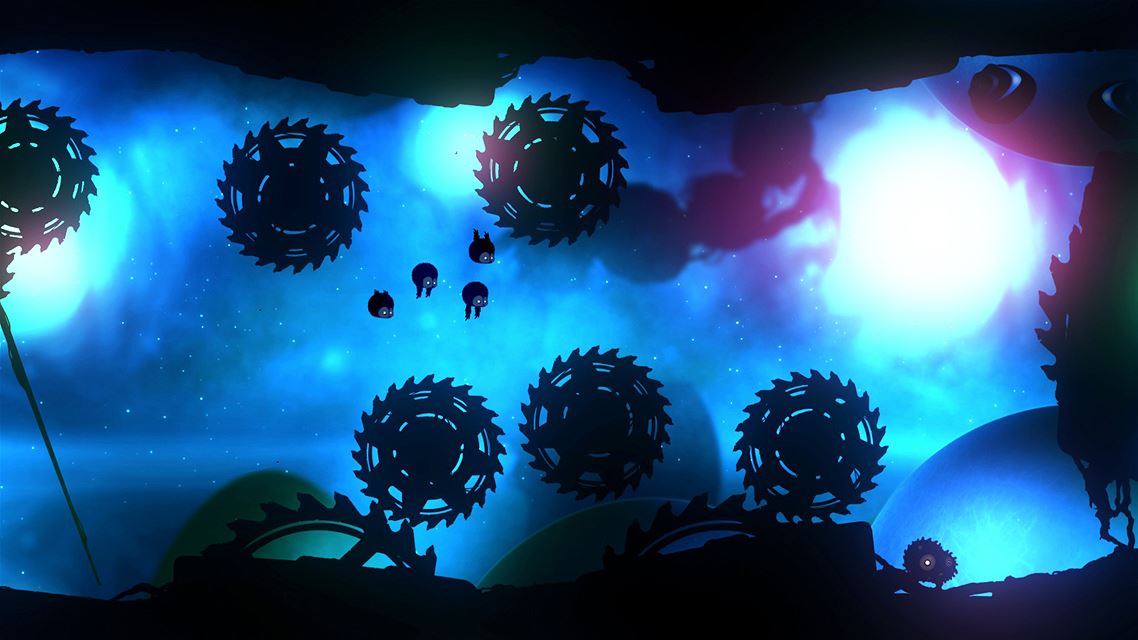 Sadly the game lacks a long lasting allure to keep players coming back for more since almost every level gives off a “Been there, done that” déjà vu feeling. Sure, there are a ton of levels and achievements to gather up, but Badland is best played in short spurts. Besides the single player there is a co-op gameplay mode where you tackle levels as a team and local multiplayer. With a lack of gameplay variation players don’t have much incentive to keep playing after the game begins to feel monotonous. 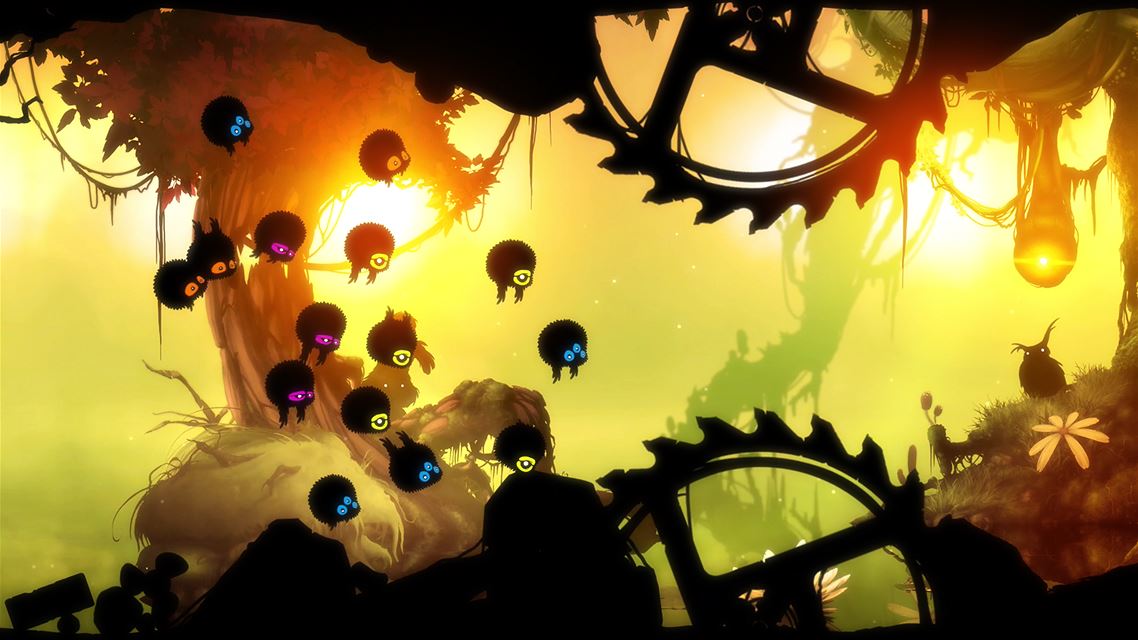 Overall Badland fascinates players with its visuals and sound, but only tempts them with a game of great depth. Sure, there’s a ton of levels, co-op and multiplayer gameplay that lulls gamers into thinking they are getting more bang for their buck when all they really get is a mix of levels that feel like they’ve been rinsed and repeated over and over again. Badland does a lot of things well, but fails to capture the gamer looking for something with a driven story or mix of gameplay elements that will keep things feeling fresh for the longer duration.