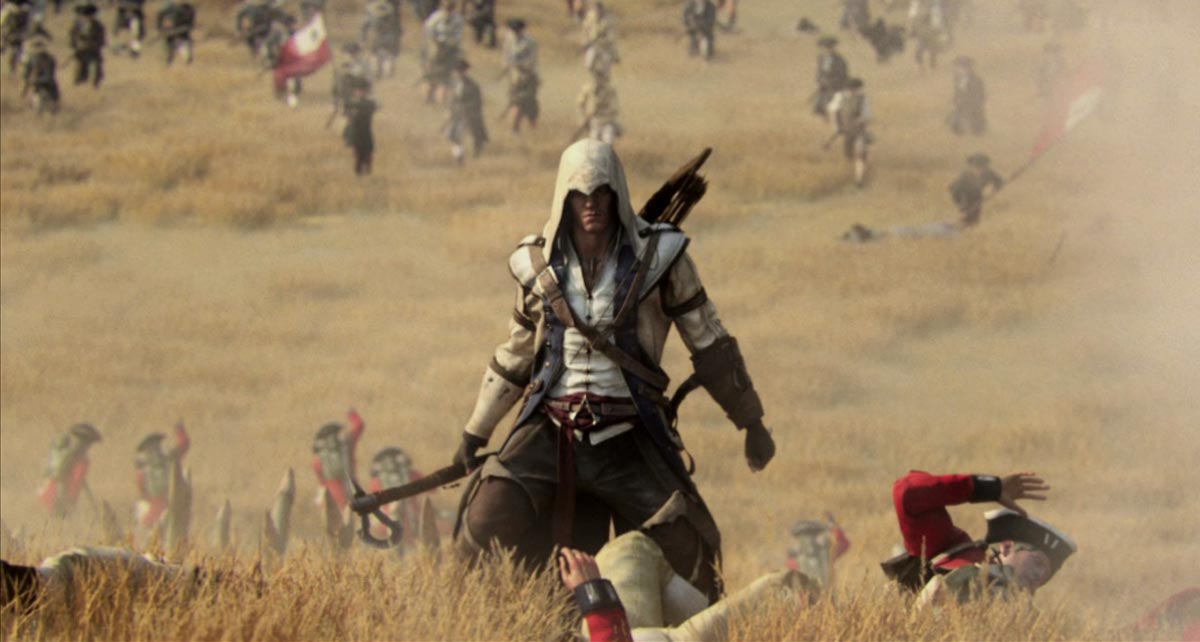 What difference a year makes in the world of video games, and with the imminent arrival of Assassin’s Creed IV Black Flag.  Ubisoft’s massive game Assassin’s Creed III can now be  purchased via Steam for as little as £7.99 in its Midweek special sale.  This is a great deal for PC gamers and despite the age of the game, if you’ve not played it before, or are upgrading from console to PC, then well worth checking out.  Although, that said, once Black Flag releases, further reductions could possibly be gained for the prudent. For now, a digital copy of the game for £7.99 should be small change for such a cracking game on PC, although be quick as the offer ends on October 11th. 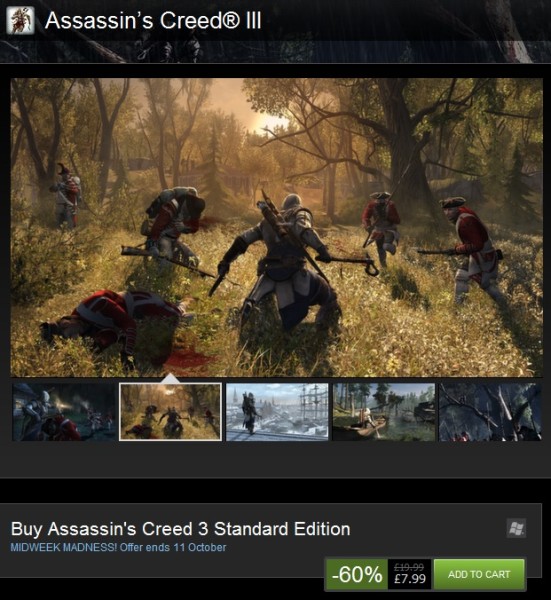