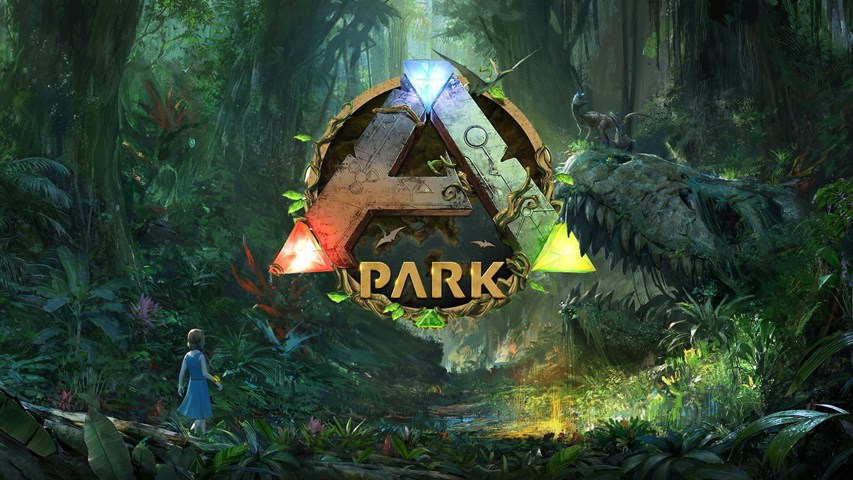 Ark Park from developer Snail Games comes as a complete dinosaur experience in the vein of Jurassic Park (the movies). It’s here where players can don the VR headset and be transported to another realm where not only are you breeding dinosaurs but on the complete flip side of the coin blasting them to bits as well which is a bit of an oddity all things considered. Either way, is this a worthwhile adventure for VR fans?

To begin, the version available now as of April 2018 is a little different to the initial release. Snail Games has listened to some of the criticisms and partially addressed those. So, for starters there is now the option to teleport or manual walk with the thumb-stick alongside snap turning. There is also now a tutorial mode which gives a solid overview of the game’s features, talking you through what you can do which includes in the starting hall, messing around with live models of a few well-known dinosaurs, jumping on a world map and picking up miniature versions of things like the Stegosaurus which can then be tossed to the floor to create their life-sized counterpart. In the same opening area you can also feed a couple of dinos which gives a neat representation of their scale especially the giant Brontosaurus who happily chomps plants from your outstretched hands.

You can then move on to the next area which has you grabbing an egg and hatching it, feeding the baby Triceratops and then watching it grow before riding its back and taking it for an on rails rumble through the jungle. This is actually quite neat for younger players but not something you will repeat too often. The next part of the tutorial showcases how you can enter exploration areas and gather resources such as grabbing specific plants, smashing boulders and chopping down trees which in turn can be used to craft new weapons or provide food for your pets. It’s here where you can also scan various creatures to gain their DNA which in turn unlocks more of the game’s content. The last section of the tutorial is where the action heats up as you play defender against waves of various foes whereby grabbing a pistol and shooting is the order of the day. 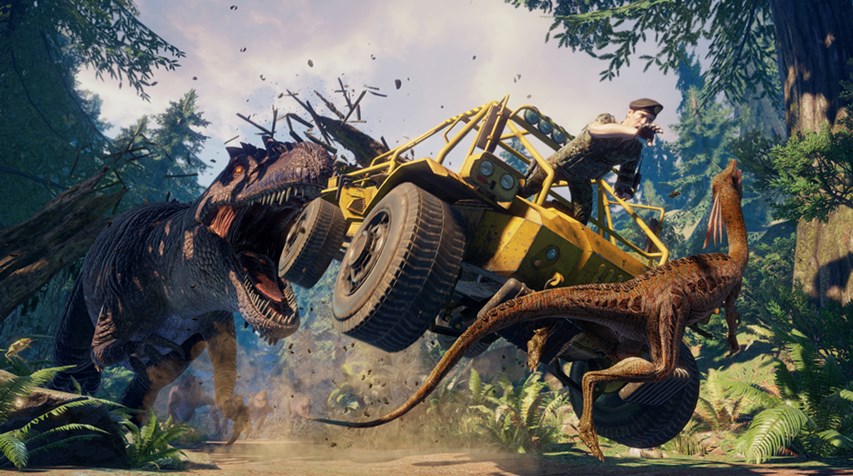 Once the optional tutorial is out of the way, you can then explore, gather resources, breed pets and so on. It’s actually quite neat, although after so many attempts does become a little repetitive. It’s good that you can actually perform the actions with the motion controls (in our case the Touch controllers) but harvesting the same items over and over does get a little dull, perhaps not so much for younger players.

Ark Park isn’t all plain sailing though as there are some criticism still to be leveled at the design. It seems those who select regular movement are severely at a disadvantage as walking speed is painfully slow. An option to sprint is very much-needed here otherwise it takes forever to get anywhere. Also, in some of the exploration areas it’s not entirely clear where you can walk whereas teleporting doesn’t have this problem. Hopefully these things can be fixed to make the manual movement feel less like an afterthought. Smooth turning could also be added for those who desire it in addition to the jagged snap turn. The other criticism would have to be the accuracy of the weapons and lack of hit impact making the shooting a little on the dull side. Once this is tightened up the shooting could be much more fun although it seems it is designed more for multiple players (which is an option) rather than playing solo. 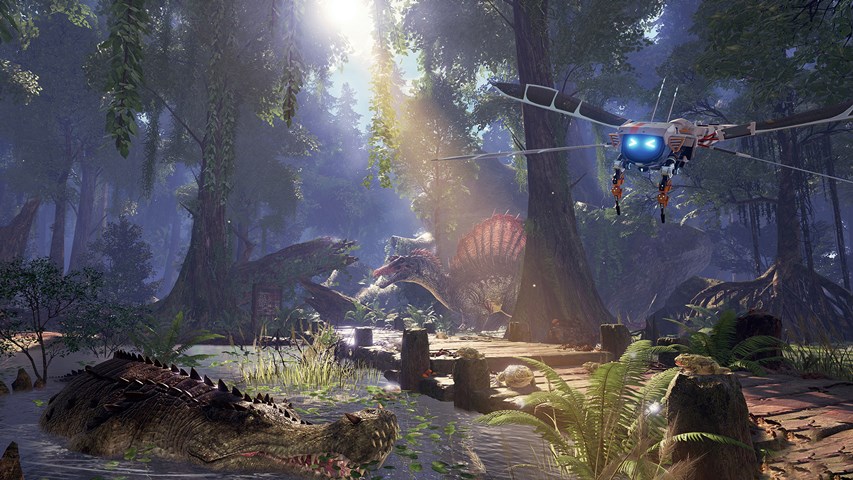 Visually, there are some pleasant locales to wander around and neat models of the dinosaurs, but at the same time there are low resolution textures on display which takes away from the immersion. Invisible walls also block off where you can go rather than clever use of props to prevent players wandering into areas you’re not supposed to see. There is an option to tweak the graphics overall setting but in all, the highest setting is not indicative of what VR PC games can accomplish. Audio is reasonable with some interesting ambient sound effects and the tutorial robot seems fitting for the theme which is great that it’s actually voiced.

Longevity wise, there is a reasonable amount of content here but essentially you are repeating the same tasks over and over. The game feels like it is aimed at the younger audience but the lack of narrative beyond the tutorial means your mileage will vary. It’s fun piecing all the sections together to increase the chance of survival when it comes to wave defense, but ultimately this is not something that commands a massive amount of time investment. 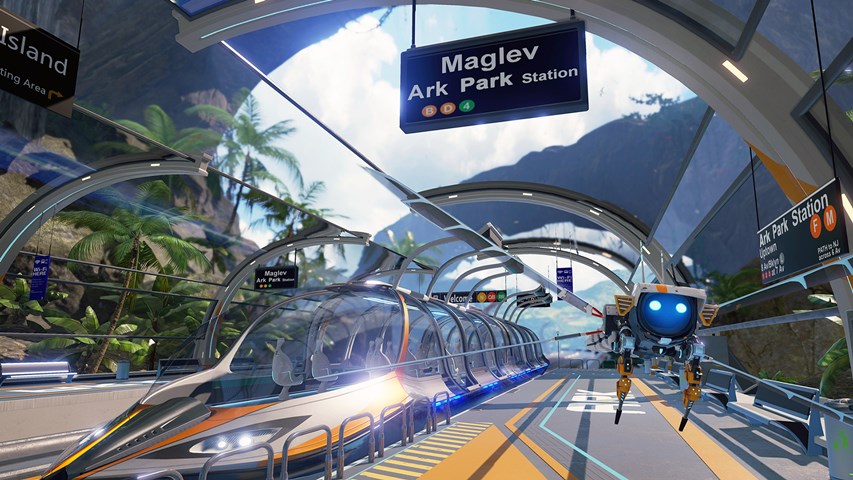 Ark Park is an interesting game and one that should resonate well with a younger audience looking at a non scary interactive Jurassic learning VR experience. The package is well put together despite some oddities here and there (such as a glitch at the start where you fall through the floor).Aside from this it’s fun albeit rather limited. As mentioned more story elements could have given the game a little more character, but as it stands there is only so much you can be expected to repeat the same tasks. Adults will no doubt tire of what’s on offer here quite quickly so it cannot be recommended unfortunately as there are better shooting games out there. However, as a non offensive game for younger VR players this will be quite entertaining for the odd quick fix session.