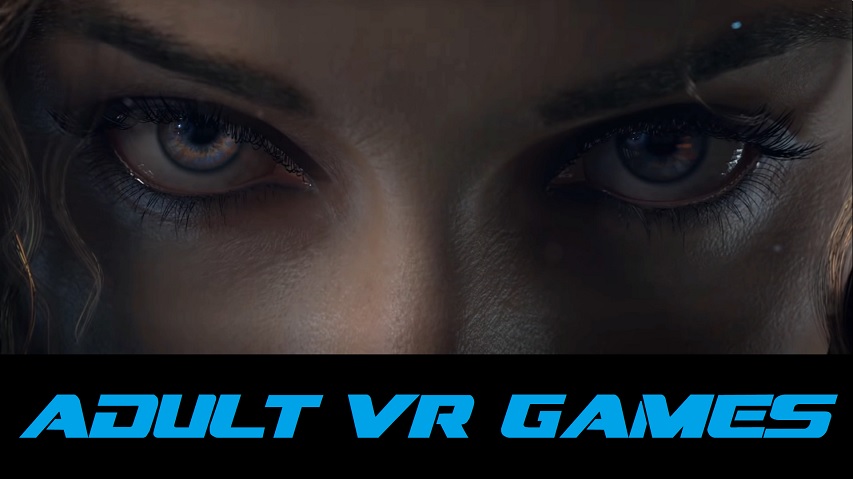 *Click Titles to be taken to their specific website/patreon pages.

Developer imakeboobies (yeh nice name) released an alpha build for his in development Adult Sandbox VR game where you can interact with some well known models. You can download the alpha right now but expect things to change over the coming months as more content is added and any issues fixed.

If VR humanoid-animal sex is your cup of tea then this free to download experience will be right up your alley. It’s currently available for the Vive and Oculus Rift but the developer plans to make it compatible on other platforms. Enter at your own risk.

From VixenVR and VRClubz comes the Gold Club San Francisco which features a fully rendered outdoor environment and interior of a strip club. This is more of an interactive experience rather than a game where entry is gained via a membership fee. You’re then able to check out the ladies in either the club or via download or streamed videos. The premise is good here as you can freely roam inside the club, check out the bar, enter some rooms but it’s a little limited in terms of overall atmosphere despite the premise of cool beats to get down to. You can sit centre stage and check out a superimposed video image of a sexy dancer right before your eyes. It’s quite convincing with some neat moves. However, the models need paying to start removing items of clothing and to gain money you need to spend real cash to get more credits. Once the model has removed all her clothes you have an option to spend more credits on an intimate dance in a private room. Here the scaling is much better but sadly there’s no audio from the dancers at all which is a shame. There’s an issue of scaling which needs to be addressed in the main strip club area where the models look smaller than they should be, but aside from this it’s a neat concept so far which hopefully will get expanded with more content in the “game” portion of the experience.

Amoreon is the latest venture from Citor3 who previously released Femdomination. This VR experience looks a lot more refined and has a ton of customization options which looks like providing a much more involving VR experience. It’s currently in development but you can sample some early builds by donating via their Patreon page. One to keep an eye on for sure given the quality of their previous project. FemDomination Amoreon is a standalone game, targeted for HTC Vive, Oculus Rift and Motion Leap users. It will also support standard 2D monitor. The original FemDomination is NOT required to run the Amoreon.

You might want to translate the page but a teaser demo is now available to download here for this interactive VR experience with a more girlfriend experience approach than just raw sex. The demo allows you to sample a tutorial and the start of a basic scene before showing you how things turn out in the full paid version. Sadly it’s all in Japanese, but with some fiddling it’s fairly easy to navigate. It does feel quite intimate although the typical “shy” female is perhaps not to everyone’s tastes. Looking good so far though for Vive and Rifters with or without motion controls. There is a 2D version as well for those not into VR.

A fun a little story/game with cute character and customization options. Free demo.

Imagine a world where you can get your original avatar very easily. You can make your own avatar anytime you like by using V-Katsu. V-Katsu is an avatar making software that has the richest variety of expressions. There are a lot of data we have prepared for you. This game has VR support but sadly does not have English text or dialogue so you would have to work with it or wait for someone to translate MOD the game.

Xfluids is a WWI themed Adult VR game and shows some interaction with a male and female model using some Nvidia exclusive effects. There is a free demo to try for the Rift or Vive.

Mischief VR available via Imagine VR is a new game with an update which adds more motions available for $30. A demo is available to try before hand click here for demo page. We’ve not tried this yet so cannot report on its quality. Either way, try the free demo yourselves.

A new game work in progress with a trapped female where you can do naughty things to her. You can try the 0.3 demo here.

A new game in development from GentleWhiteCat is a 2D offering with VR extras. Take a look at the video and then head on over to the Patreon page to see more of the gameplay.

A new game Sexy Miss where you judge the ladies looking to become Miss World. Released on April 21st 2019 the game is available for Rift and Vive via Steam.

VReleased creating another adult VR experience as you can see in this trailer. Head on over to the Patreon to gain access to the builds.