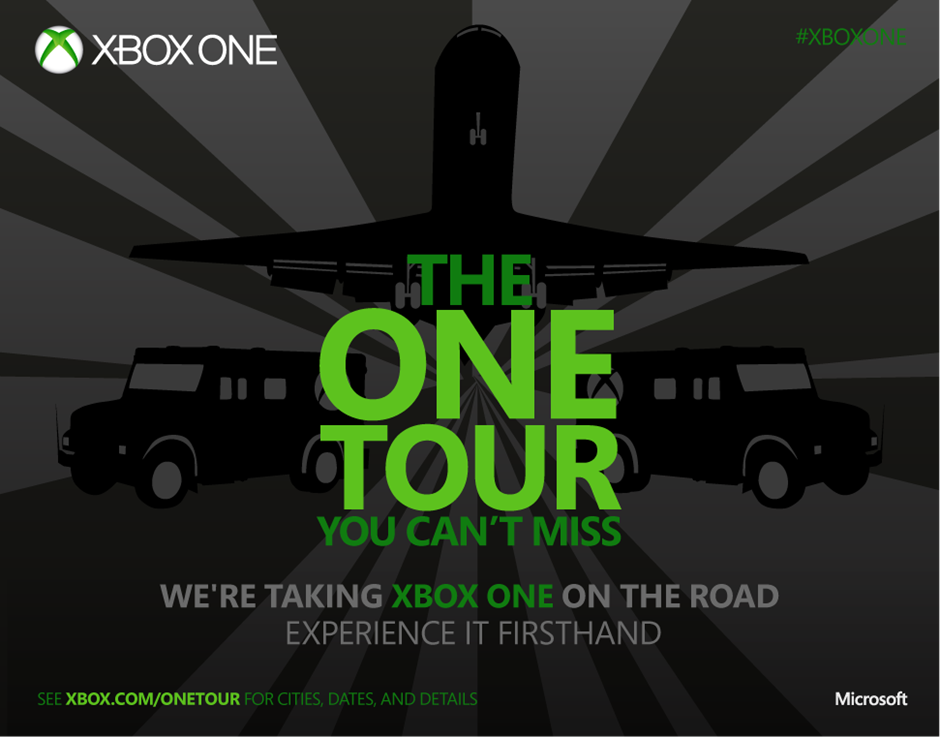 Gamers looking to get in some pre release Xbox One action will be able to do so via the Xbox One Tour which kicks off later this month before the November 22nd release date. Gamers will be able to go hands-on with  “Forza Motorsport 5”, “Dead Rising 3”, “Ryse: Son of Rome”, “Killer Instinct”, “Battlefield 4”, “FIFA 14” and more. 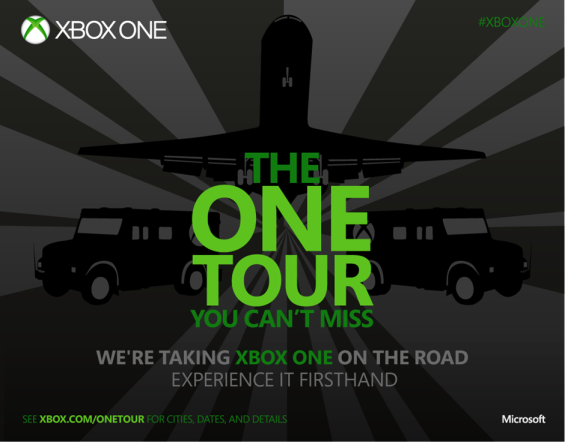 The tour will begin in London from the 25th October through to the 3rd of November, before heading to Manchester from 18th – 27th November.

Register now at xboxonetour.com to choose a date and time for your Xbox One hands-on session, but hurry – tickets will be allocated on a first-come first-served basis.

If you can’t make the London or Manchester dates, don’t worry. Xbox One will also be playable as part of the “Area One” and “Test Drive” tours, with more dates to be announced soon. Additionally, fans in France, Italy and Spain will also be able to get their hands on the Xbox One line-up at the Xbox booths at Milan Games Week (Oct 25 – 27), Paris Games Week (Oct 30 – Nov 3), and Madrid Games Week (Nov 7 – 10). For more information on the tour, take a look at  xbox.com/en-GB/onetour