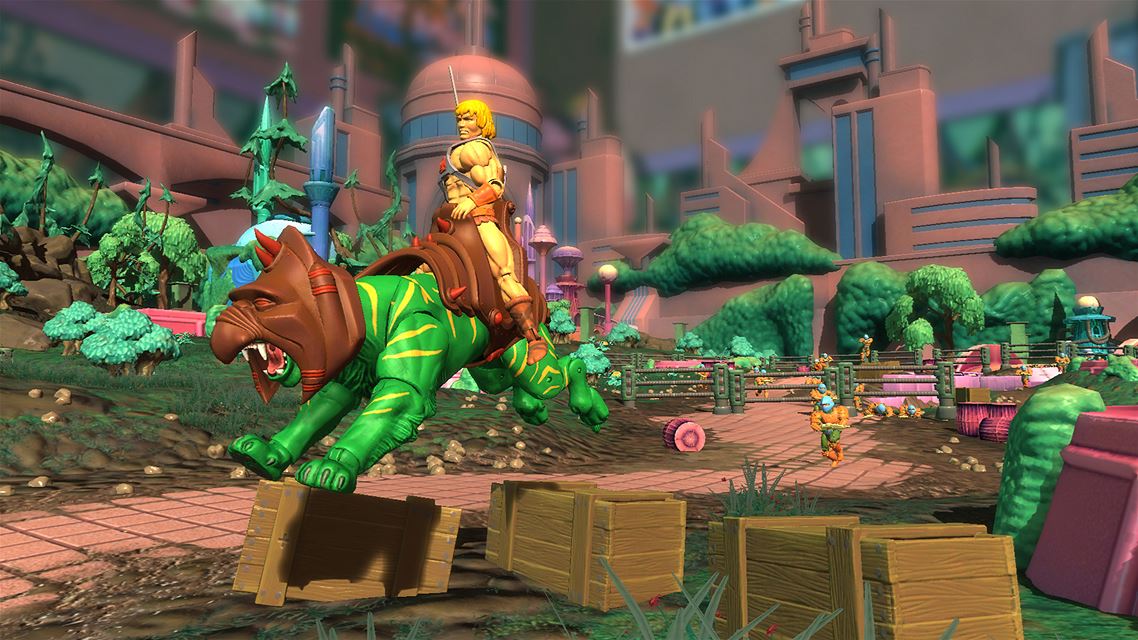 I can remember as a kid that my imagination took over when playing with my action figures. It didn’t matter if I had GI Joe, He-man, Transformers, little green army men or some cheap knock off toys I could stage battles of epic proportions that would last hours on end. The only thing better was video games because they brought things kids only dreamed of to life and gave you complete control. When the Toy Soldiers game first came out it was like Signal Studios pulled ideas out of my head and put them in an amazing tower defense game that spawned an equally remarkable sequel in Toy Soldiers Cold War. Just when I thought things couldn’t get better Toy Soldiers War Chest comes out and gives players the chance to play with some of the most prolific toys of the 80’s. Does this necessitate a purchase based on nostalgia alone or is it the whole package? 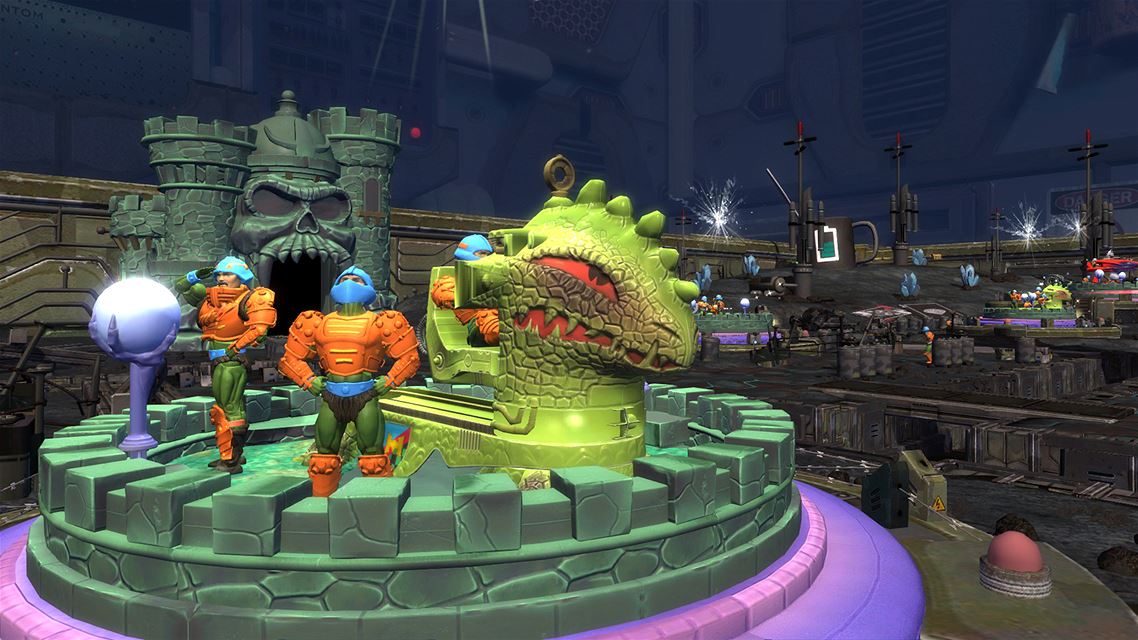 War Chest follows the same recipe as the previous Toy Soldiers games utilizing the core tower defense game with some 3rd/1st person shooting when you zoom into a tower of your choice. There are all the basic components available to fight ground troops, armored infantry vehicles, and air raids. While War Chest has all the similarities of previous ventures it just feels like it is missing some pieces that keep it engaging for long periods of time or even advance the series. If protecting your home base is the most important objective it would only make sense that the towers you set up should defend it, but sadly the AI is as useful as trying to milk a bull. Unless you actually take control of the turrets your demise will be met in a quick and timely manner especially with the scaled and unfair difficulty levels you encounter through the campaign. Taking up arms with the turrets becomes tedious and redundant as you try and flip between towers to kill off as many enemy waves as possible and try and complete repairs. 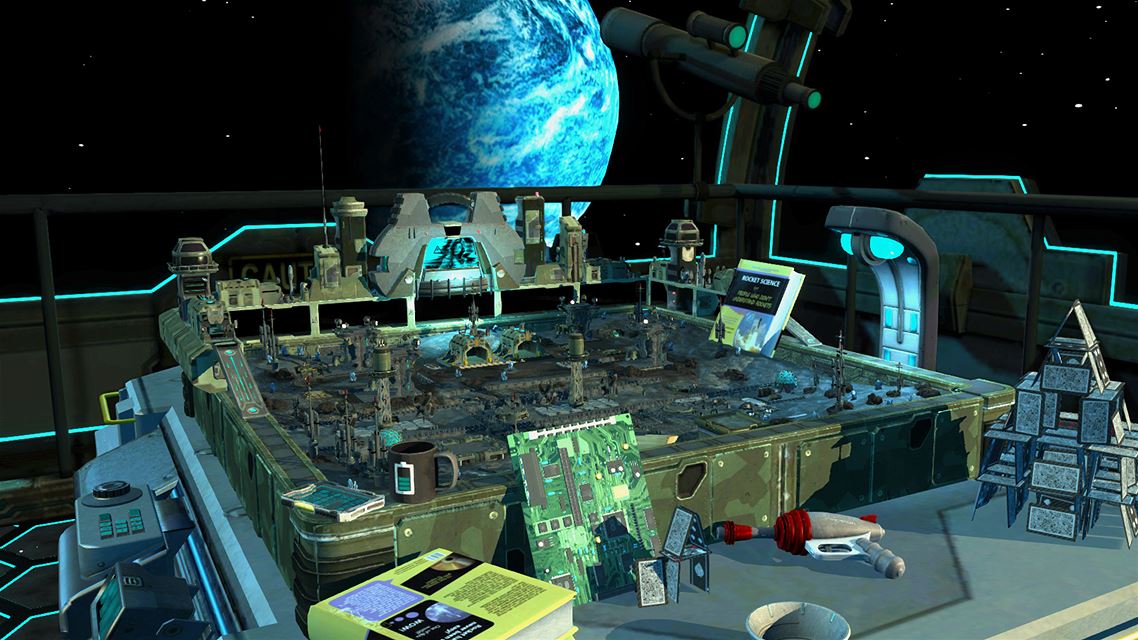 There is still plenty of fun to be had despite the flaws as you arrange your toy battlefield to combat the assault of a variety of genre crossing toys. You start off playing the campaign by using Kaiser Wilhelm his faction of toys from WWI while fighting against other toys like Star Bright and her army of gummy bears, unicorns, and fairies or the Dark Lord’s army of minions or Phantom’s generic sci-fi forces. The gameplay is the same with all of the factions except for the fresh coat of paint slapped over top of them to make them look like something new. If you want to play as some of the more nostalgic 80’s toys like He-man, Cobra, or GI Joe and the Assassin’s Creed II characters you’ll need to shell out some extra cash, but they work just like the other factions as well. The only real difference between any of them is their main hero that can be activated to the battlefield if you rack up a high enough combos. Each faction has 3 tiers of special hero toys to use in battle, for example the 1st tier of He-man you get to run around with He-man wielding his sword, with the next you hope on Cringer the Battle Cat to lay waste to the enemy, and finally you can call upon the power of Greyskull and unleash lightning strikes throughout the toy box battlefield. Unfortunately getting to use the heroes doesn’t happen very often unless you actually take control of the turrets and even then it takes time to get enough points to unleash them. 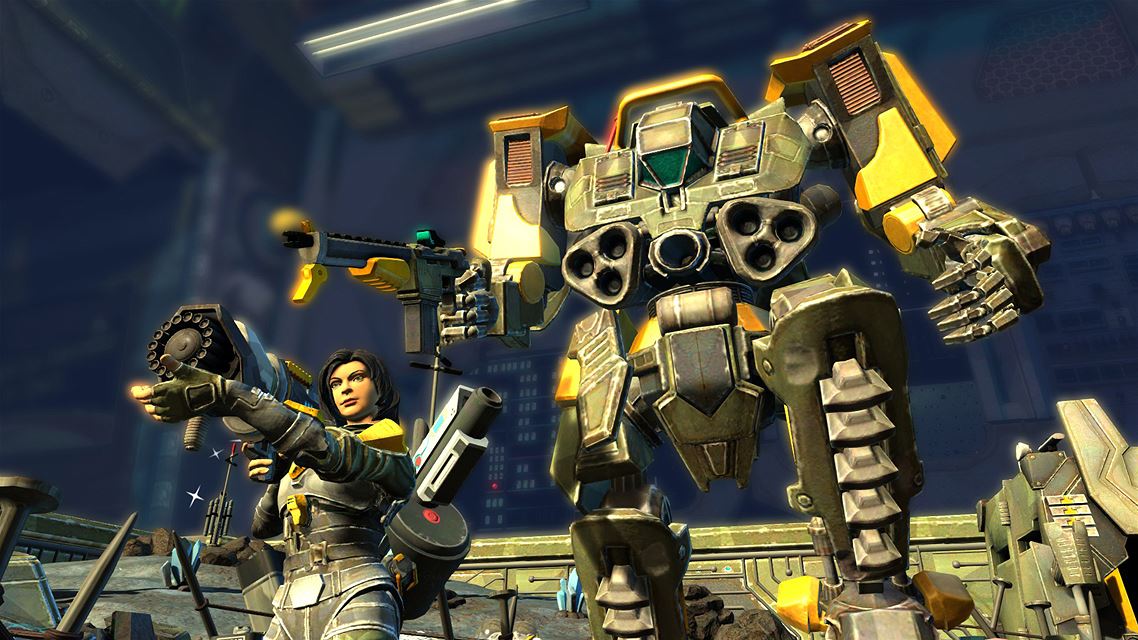 The cartoony visuals really help bring War Chest to life and recreate battles only a child’s imagination could concoct. At times it is like watching reruns of your favorite 80’s cartoon with quirky little mannerisms and unique blend of humor infused. Each faction themed skin (yes that is basically all they really are) is wonderfully done, but frame rate issues drop on a frequent basis and seem to lag the reloading process more than it should. Sound effects get the job done, but ambient sounds like dogs barking or birds chirping in the background feel pretty worthless.

War Chest has a pretty lengthy campaign that allows you to use which ever faction you choose (or purchase) to go through a gauntlet of challenging levels and bosses that cheat more than the New England Patriots. Unlocking each faction’s turret upgrades takes some time and plenty of coins that are earned by playing the game, but are the only way you can really progress in the more difficult levels. There is also local co-op and 4 player online multiplayer that add some value for those looking to share the Toy Soldier experience with a friend. Weekly challenges are also thrown into the mix that rewards you with goodie boxes full of turret upgrades or coins. Ubisoft brought in micro transactions where you can purchase coins, but the cost is pretty steep compared to the amount of coins you can earn through the campaign. 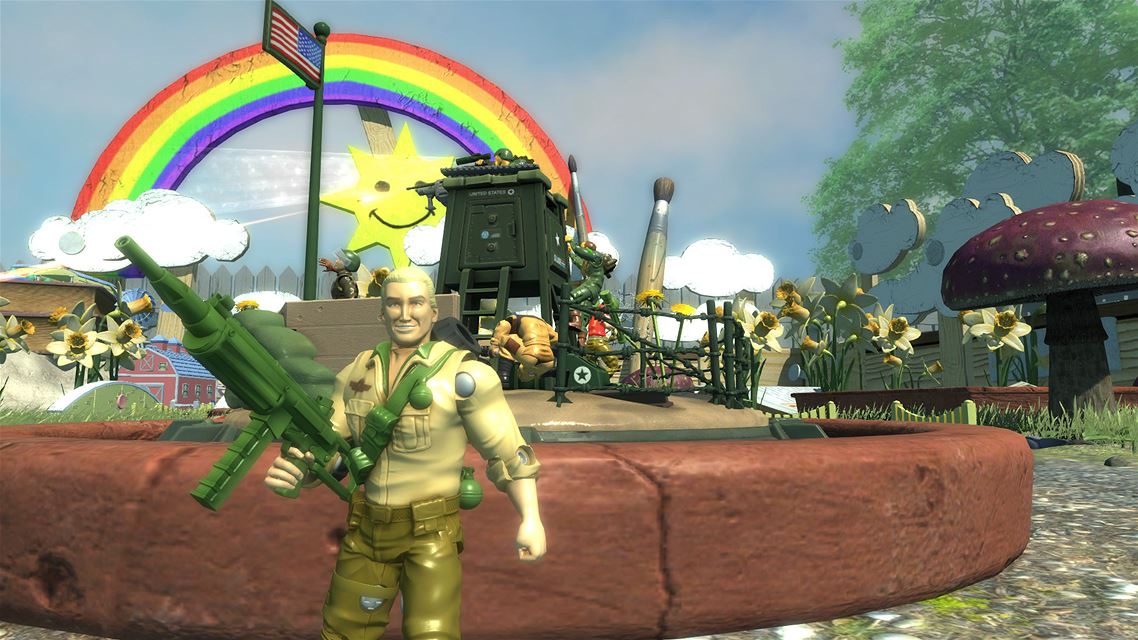 Overall Toy Soldier’s War Chest falls a little short of what we’ve come to expect from the series on multiple levels. I love the use of some of my favorite toys from yesteryear, but they seem underutilized and poorly done. So many great things could have come from these licenses besides just a themed skin to paste over the base product. Add in the insane cost to get the whole package and it really makes this a hard purchase to recommend. That’s not to say that there aren’t portions of the game that are enjoyable and the campaign really beefs up the total package. Still, there are better tower defense games on the market that offer a ton of strategy instead of playing on the appeal of days gone by. This is one game that would be better off buried in the toy box.