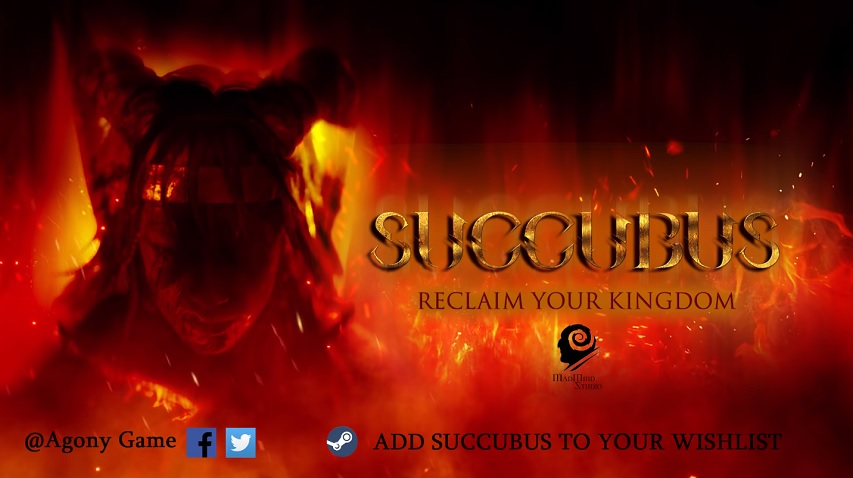 Madmind Studios released the first proper look to their upcoming adult themed horror game Succubus. A sequel to the game Agony and not for the faint-hearted. Does contain some horrific moments and lots of gore.

The main character of the game is Vydija, a wild and lustful Succubus demon. The players were able to learn a part of her story in the original Agony and Agony UNRATED, where she received her own single player campaign. With the disappearance of the legitimate rulers of Hell, the remaining demons recognized Nimrod as their ruler, because he was the only soul who could dominate the mind of the mighty Beast. By raising his new empire from the corpses of sinners, the new king, along with his new queen Vydija, managed to control the chaos left by the former rulers. The new title didn’t fit the Succubus. The life of luxury and walking on rugs sewn from the skins of martyrs was not for her though, and so she has chosen a life in the wilderness of Hell. During her travels, the new queen meets the powerful Baphomet who, together with his army, is going to get the soul of Nimrod. Captured, maimed and betrayed by her own species, Vydija is left with only one goal that matters – revenge!