This is neither praise nor condemnation, but Stardust Galaxy Warriors: Stellar Climax has a name that reminds me of an anime with a translation too strictly precise for its own good.. The title alone will give you a pretty good idea of what’s to come, and while it’s definitely over-the-top without any regard for the fourth wall it’s constantly breaking, the end result is actually a really good, if somewhat utterly crazy, SHMUP space adventure.

Let’s get into the crazy first. The story is absolutely bonkers, but in a good way as long as you like references. Countless shows and Internet pop culture and video games are referenced, and in a way that I dare say is more subtle and clever than the meme-hammer smashed over your head in a game like Borderlands 2. There’s no voice acting to speak of, but there is a ton of really funny dialogue to enjoy between the entire cast. Not a single part of this game is taken seriously, and it’s better for it.

Gameplay wise, Stardust is a 2D side-scrolling SHMUP, a “SHoot ‘eM UP” game. In each stage you must move your piloted mech suit from left to right shooting hordes of baddies and avoiding their incoming fire until you fight a big bad boss at the end of the level. While the basic mechanics are fairly standard, the variety of tools at your disposal is actually quite impressive. You have primary and secondary weapons, melee attacks, special attacks, and distortion attacks all at your disposal. The primary and secondary weapons can be swapped out before levels to fully customize your arsenal. The melee attack is fairly basic, but the special attack and distortion attack vary from mech to mech, giving replay value to each individual player who can replay the game with one of the five different characters to see how their special abilities change the gameplay up. 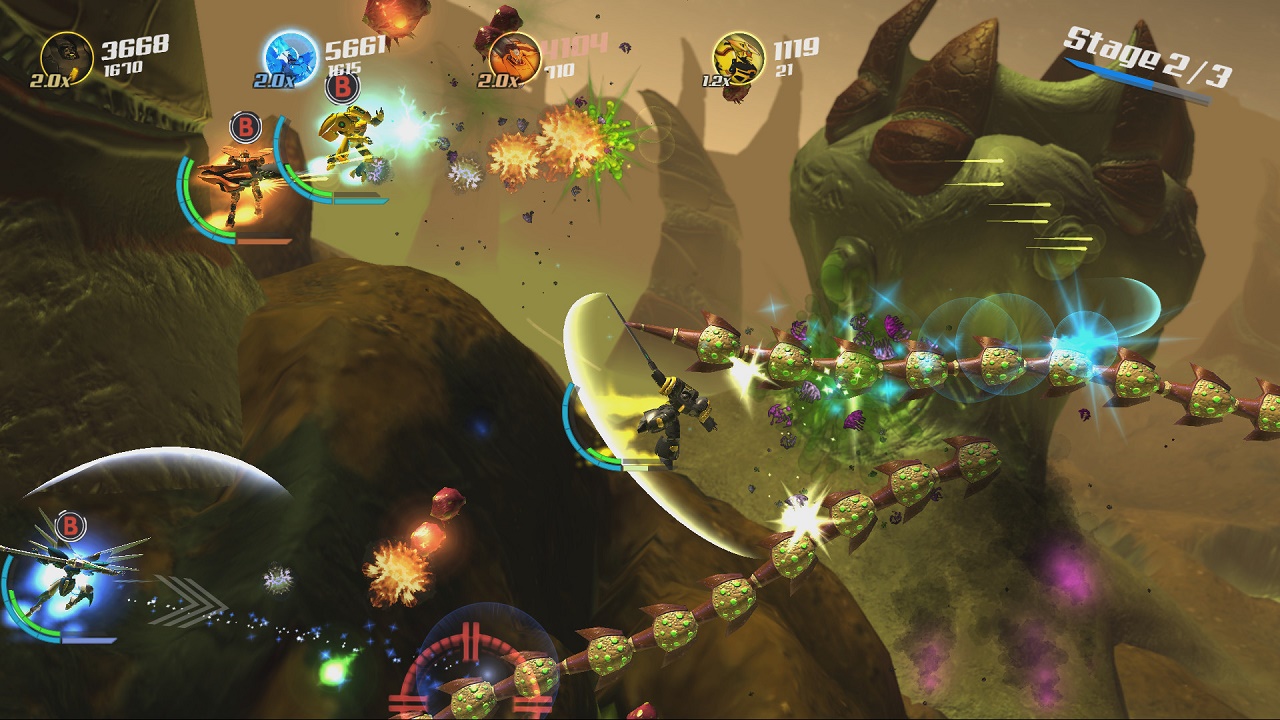 You can also upgrade your mechs with improved damage, defense and so on, and keep your abilities through each playthrough for all mechs until you’ve maxed out every statistic, if you like. Besides the decently long campaign, there’s a gauntlet mode and a challenge mode and a mech’s weight in difficulties from which to choose…including a custom difficulty mode! You can actually tailor the difficulty however you’d like which is probably the first time I can recall seeing this feature in a video game. Kudos, Dreamloop.

The gameplay is smooth and easy to control, with a pretty impressive variety of enemies and characters with the five mechs at your disposal. There’s even co-op available with up to four people working together, which is always welcome. I also have to add that the game features auto-fire buttons for your primary and secondary weapons if you want to just go guns blazing nonstop and focus on your piloting to avoid those nasty enemy attacks. 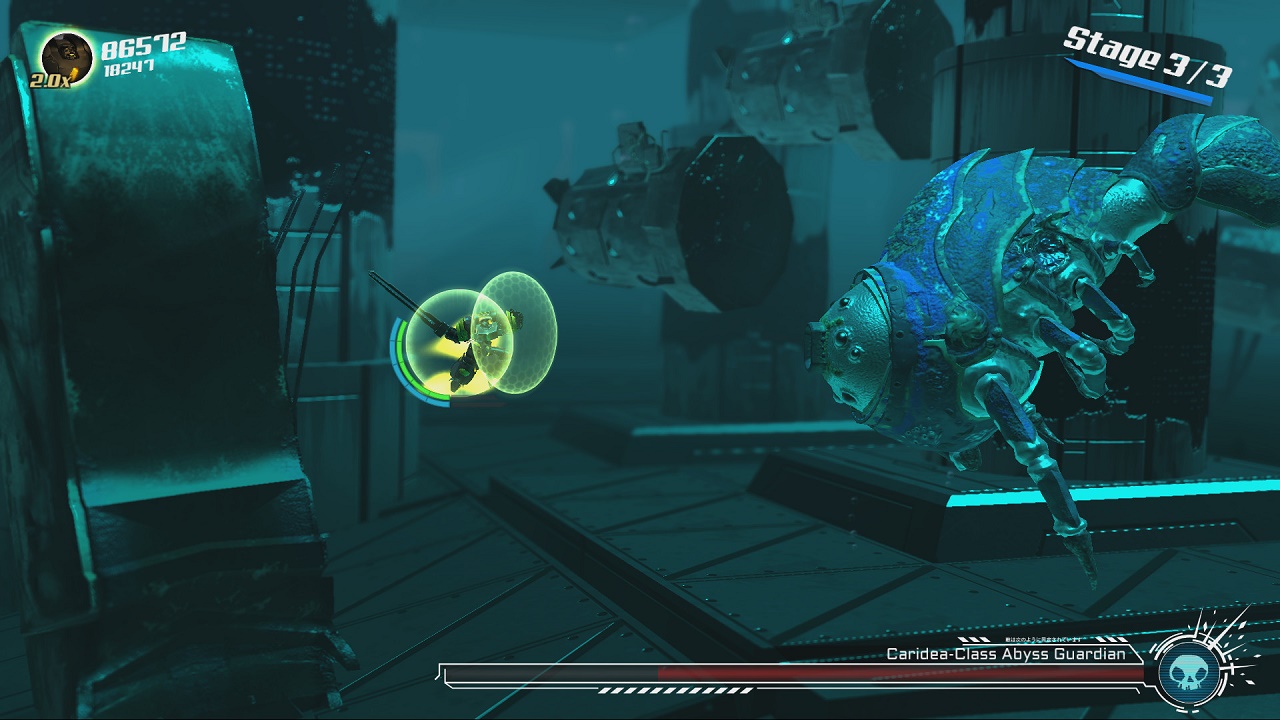 While the game is colorful and energetic visually, what impressed me most beyond the gameplay was the music. I found the soundtrack to be absolutely fantastic, and in many ways it reminded me of the critically acclaimed (and inarguably phenomenal) Mega Man X soundtracks.

With some challenging achievements, a ton of features, and no shortage of love and polish invested in it, Stardust Galaxy Warriors: Stellar Climax has everything you need for a great time with some laughs along the way, and I can’t recommend it enough for fans of the genre.