Pixilated perfection would best describe my memories of playing games as a young kid, but revisiting those memories after playing some of the amazing games today only allow them a place reserved for nostalgia. Every once and a while a modern day developer pursues that feeling of yesteryear and pushes out a retro graphics gem at a decent price that makes it hard to not make it an addition to your library. Gateway Interactive hopes to teleport gamers into the past with Spectra 8-Bit Racing and hook them into what older gamers enjoyed so many years ago. The question is does this old school racer really deserve a spot on your gaming roster? 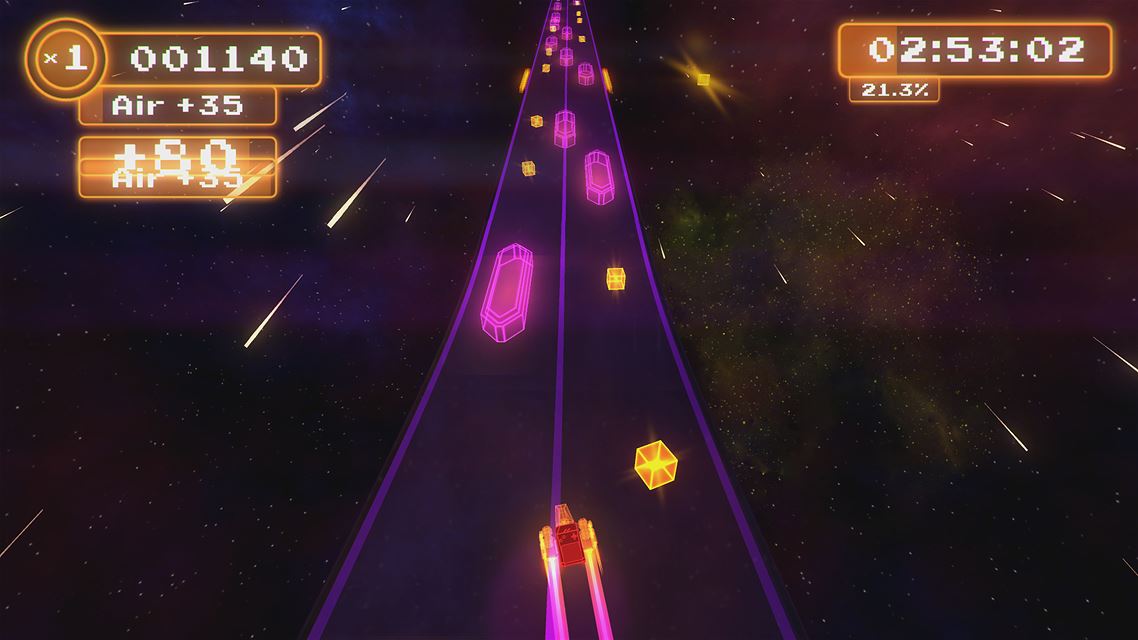 Right out of the gate you’re hit with the retro design of Spectra that is filled with a vibrant color palate and pixilated features of the track and background. The controls are simple using only left or right on your control stick to move your vehicle in which ever direction you want as you dodge obstacles in your path and stay on the track to avoid falling into oblivion. Spectra uses a pretty one-dimensional scheme where you race through 10 different tracks that last 4 minutes each collecting yellow cubes to rack up your score while zipping through twists and turns avoiding impediments and falling off the edge with each turn. It feels less like a racing game than it does a twitch game because you really don’t control your vehicle’s speed other than hitting the occasional boost arrow laid on the track and everything is dependent on precise directional movements. 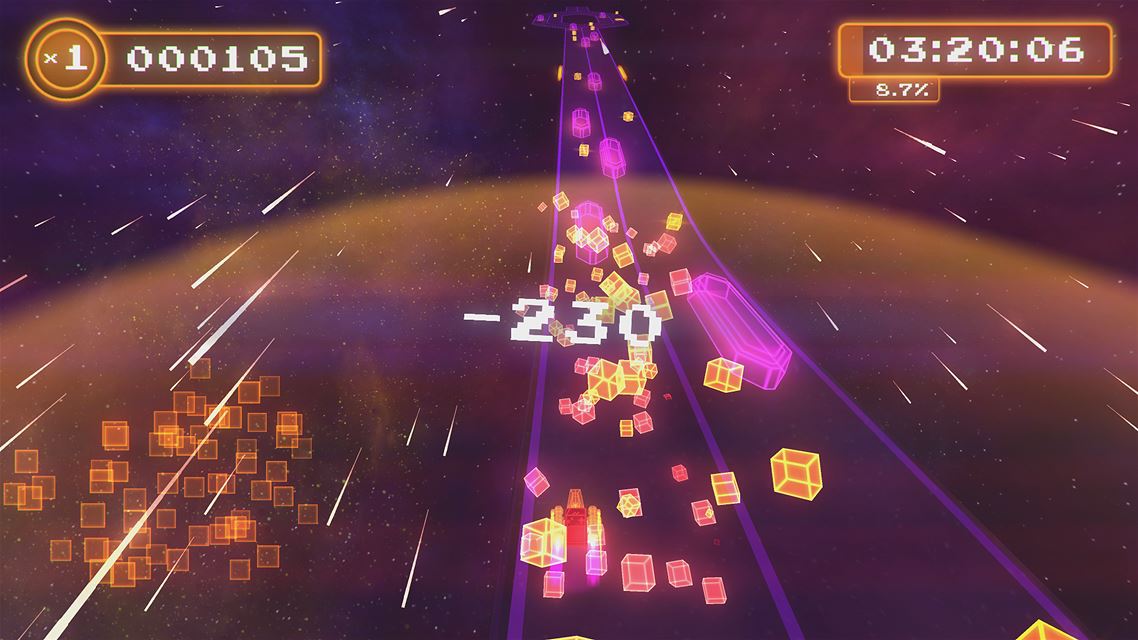 Spectra’s soundtrack is produced by Chipzel who laid out a nostalgic trip back to the great 80’s chip tune’s music we’ve come to cherish and love. Each track has a different tune that is used to pace the course and everything thrown in your path. Needless to say this amps up the difficulty level especially when you unlock the hardcore mode after trying out each of the 10 tracks. The masochistic gameplay is something old school gamers are well versed in and Spectra really tunes into that. Luckily you have the option to restart immediately if you plummet off the side of the track which can lead you down that slippery slope of “just one more try” that lasts 30 more minutes.

Sadly the game doesn’t offer a diverse amount of gameplay other than normal and hardcore modes on each of the tracks. Spectra’s tracks begin to feel like the same thing repeated over and over. There are no different obstacles, just slightly different layouts that don’t really feel unique. Even though the price tag is extremely low at $4.99 USD there just isn’t enough to keep a player entertained for more than 10-15 minutes at a pop. Some may find the challenge worth dumping a little more time into, but no way will anyone be playing this game for great stretches or a couple months after they purchase it. Even the achievements aren’t enough to keep the gamerscore whore lurking around long. 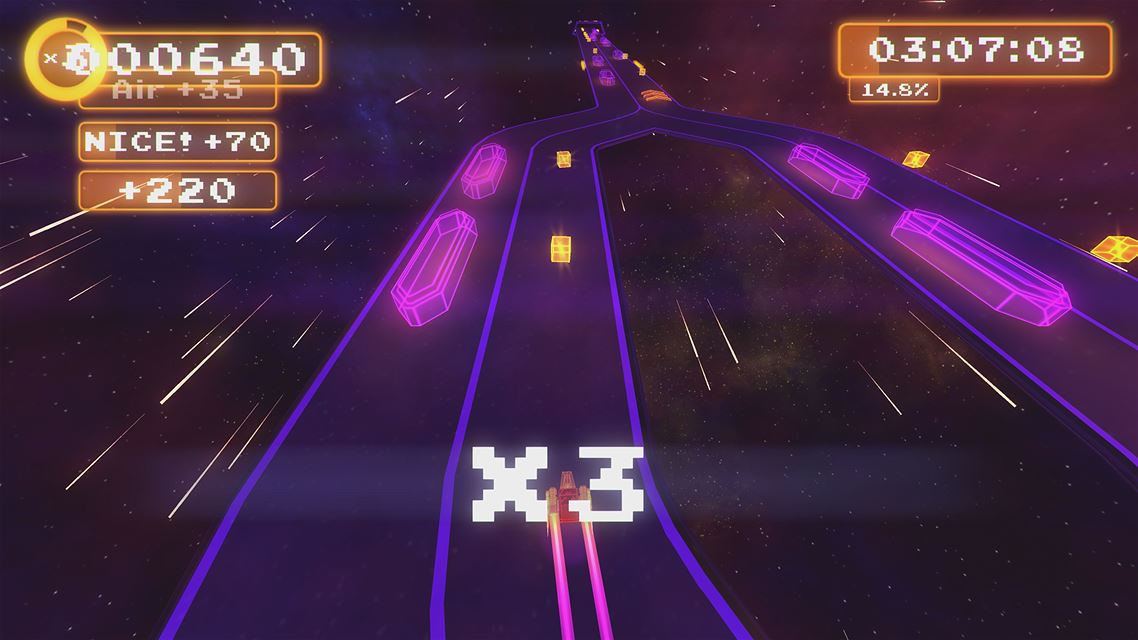 Overall Spectra 8-Bit Racing doesn’t offer much in the way of content or gameplay. Sure it captures the essence of unforgiving 8-Bit era with graphics and sound, but with so many other retro inspired games or remastered classics available it just can’t hold a match against the competition. It’s one bright and shining point would be Chipzel’s wonderfully rendered soundtrack that fully embodies everything from the 80’s arcade games. Beyond that I’m hard pressed to find anything worth bragging about unless you like dumping your money on a game you’ll only play a handful of times.