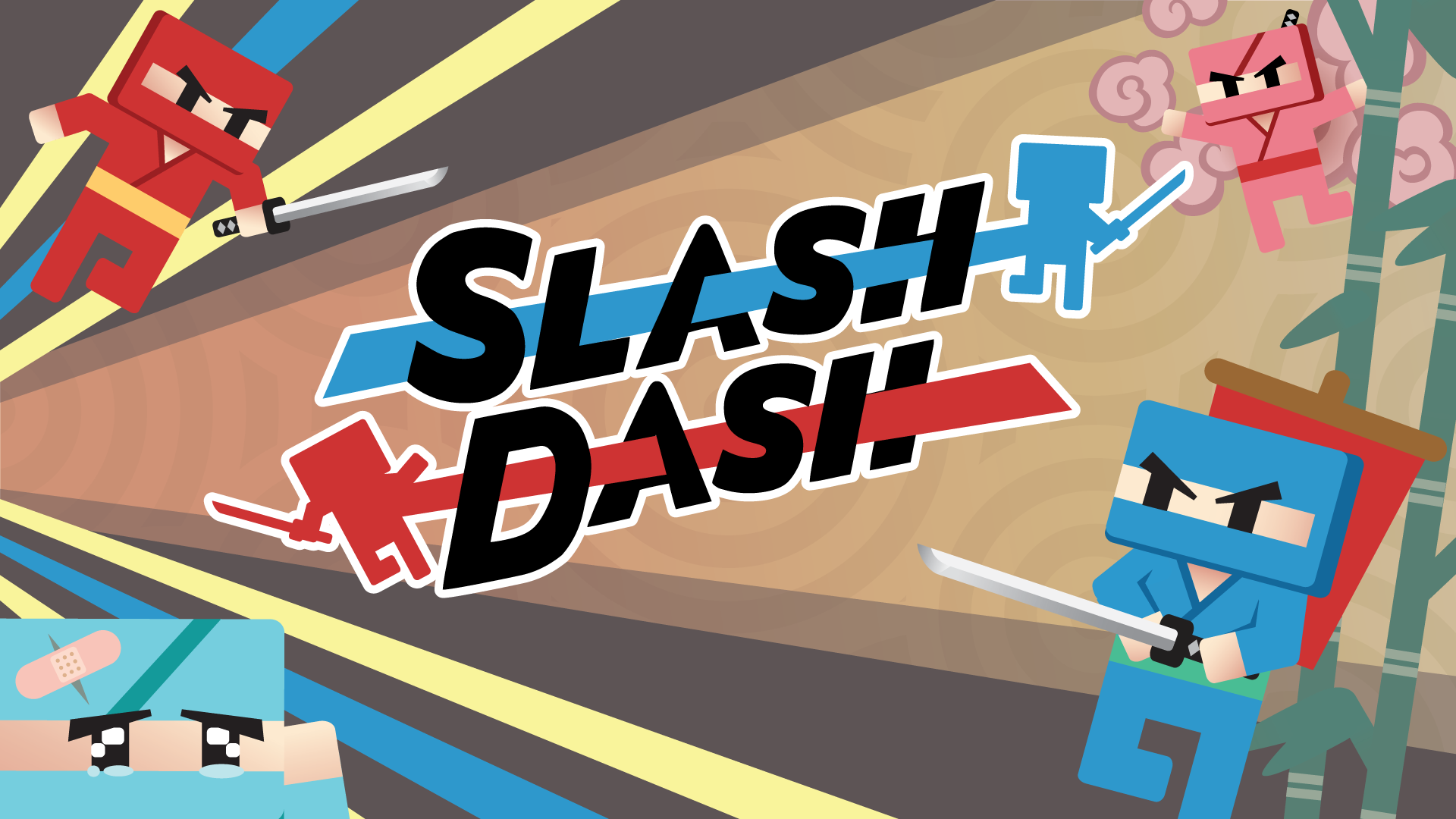 Local co-op use to be the only way to get in a multiplayer match, whether that meant standing in line to be “NEXT” at the arcade or having a buddy over and grabbing two controllers on the same console. With the internet now in place the local multiplayer sessions are as rare as unicorns and Bigfoot. Sure you can get a game or two that has split screen or a fighting game that uses local multiplayer, but those components are just built in for those “just in case” scenarios. Lately there have been a slew of Indie games that don’t just add on local gameplay, but seem to focus on that strictly since they have no online element. Nevernaut Games pushes this even further with SlashDash, a local multiplayer only game where groups of ninjas fight to the death. Can this once thought of game mode be brought back to life by the likes of Nevernaut or is this just another futile attempt at virtual tree hugging that won’t really stop progress? 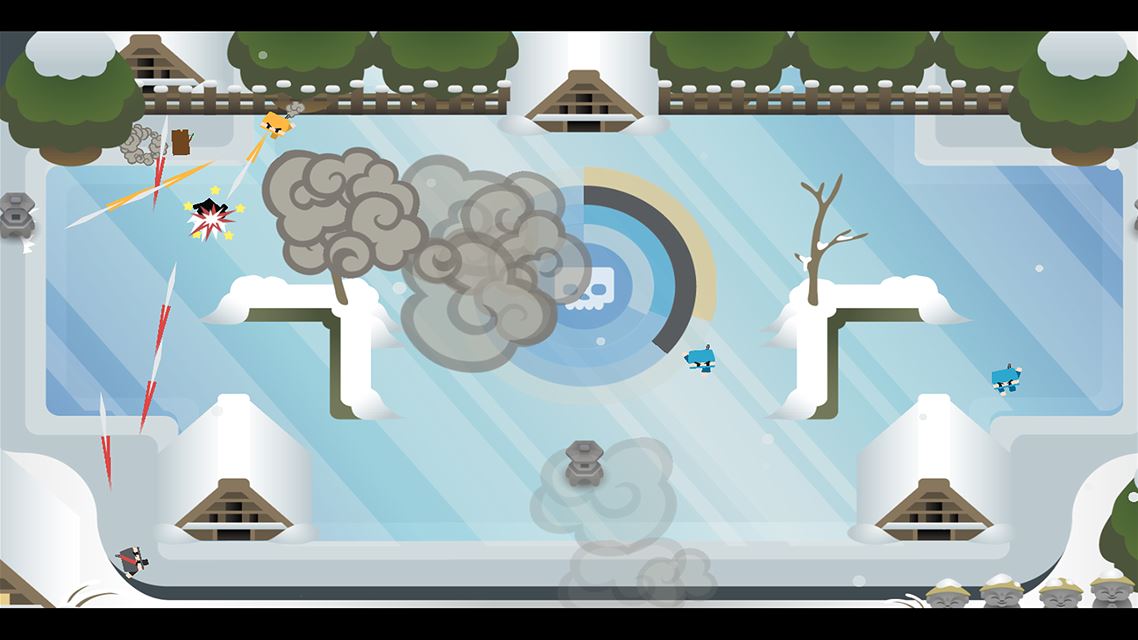 SlashDash is a local only multiplayer game, so for those that don’t know what that means you need more than one controller (actually you need 2 or 4). Teams of ninjas are pitted against each other with all the usual ninja weaponry and trickery. There are no instructions on how to play, but once you pick up the controller you quickly become aware of what button does what. In fact it is so simplistic that anyone with basic controller knowledge will understand in less than 30 seconds. There are 4 game types that are broken down into either 2 versus 2 or Free for all. Obviously the 2v2 utilizes 4 controllers and the others can use 2-4 controllers based on how many players you have sitting around at your house. In the 2v2 modes you can play capture the flag or assassination. CTF is self explanatory and assassination is like defend the VIP you’ll see in some games like Call of Duty. Each team is tasked with guarding a shogun warrior and the last one standing wins. Sounds simple, but strategy is key here and the hilarious in room banter that ensues is priceless. 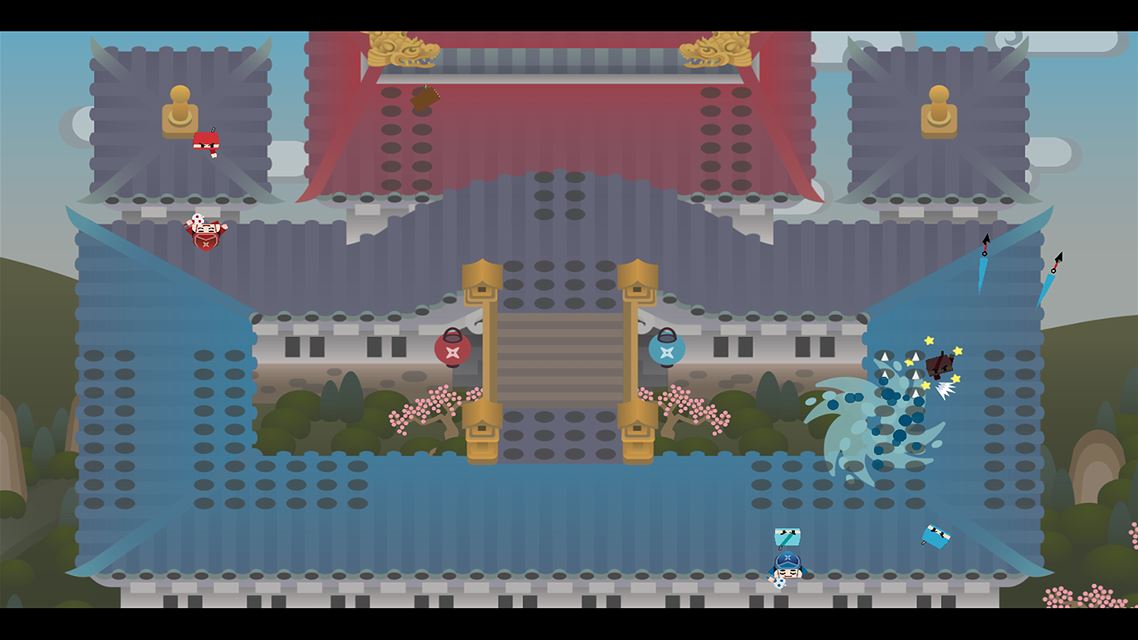 Free for All modes consist of Death Race and Mirror Match. Death Race is basically a race to stay alive, so the more you kill your opponent (s) the more your time meter fills up for the victory. If you are the one getting hacked up than your meter will diminish until someone else’s fills up. Mirror Match is basically the same concept except you control a pack of 5 ninjas who move in unison with each other, but are scattered about so if you bump into an obstacle with one they become detached from the group. It can be a frantic good time during the match if everyone starts getting their groups separated.

Graphics are dull, but give off a retro vibe. There are 9 different maps set in the theme of Feudal Japan each with a different layout that players can use to their tactical advantage. Setting traps using secondary weapon unlocks like smoke bombs obscure spikes that kill as instantly as your primary katana. Sound effects get the job done, but there is nothing spectacular in this department either. 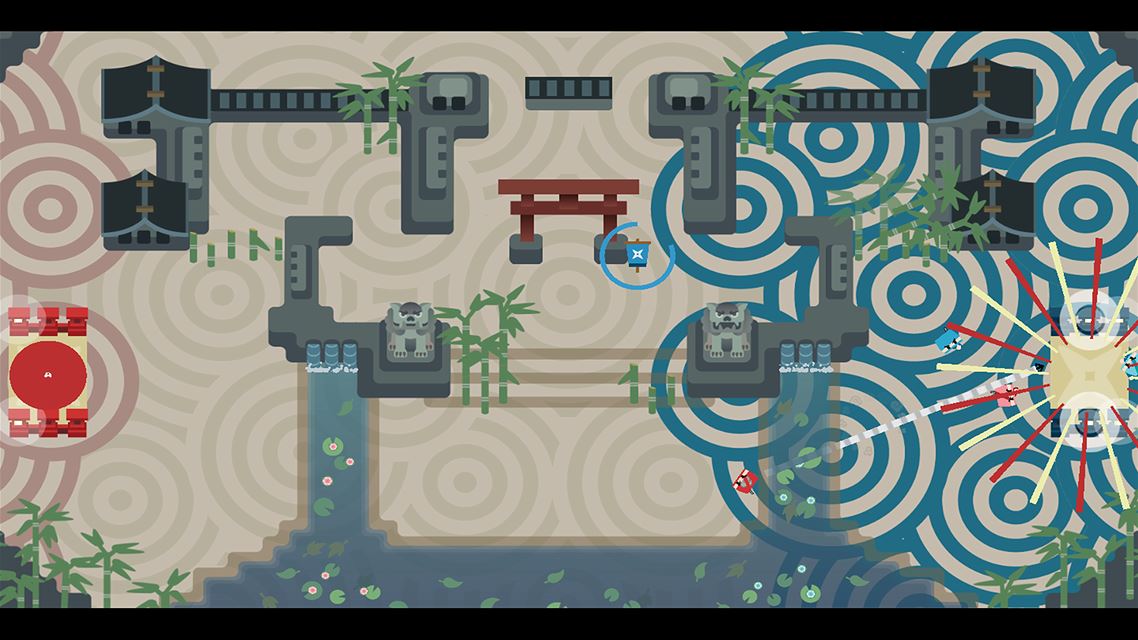 Overall SlashDash has an opportunity to be a big hit based on how many people you have around you. I had to bribe my daughter into playing the game with me, but after a few minutes in she enjoyed it so much a few games turned into a few dozen. There isn’t a lot to master in Slash Dash, but tactical thinking and quick reflexes are key to winning against a worthy foe or multiple adversaries. I can’t help but to be slightly disappointed with the lack of any type of single player game mode or fill in with bots even though I knew exactly what I was getting into. For $9.99 USD there is plenty of fun packed into Slash Dash, but that is entirely based upon how many controllers you own.