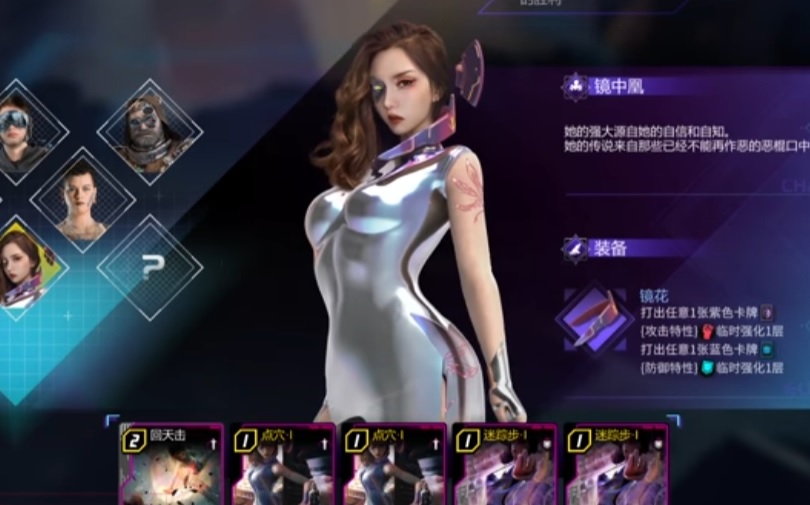 Here is a look at some 30 minutes of Shadowplay: Metropolis Foe gameplay from developer 42 Foundation. The gameplay shows off some of the cyberpunk themed, deck building action. You can grab the game for just £4.67 on Steam right now which we think is a steal.

Shadowplay: Metropolis Foe is a deck-building rogue-like card game set in Stary City, a vibrant metropolis full of dangers and adventures. Choose between 8 characters, each with different strengths and powers. Build a deck that adapts to your playstyle choosing skills, attacks, and armor cards. Once in combat, you’ll have companions by your side whose skills and cards you can borrow to complement yours. Think carefully about every move because, in the world of Shadowplay, a single decision can make the difference between victory and defeat!
Customize your deck and crush every foe

Choose between more than 200 cards to assemble a customized deck that fits your play style like a glove (or a pair of knuckle dusters)! Level up your character as you move forward, living random encounters that will force you to make difficult decisions. The world of ShadowPlay changes and evolves continually – you will never play the same game twice.

A deep combat system where your decisions matters
Like flies getting attracted to light, in Star City you’ll find a high concentration of street thugs, gangsters, security companies and other corpo agents whose only reason to live is gaining more and more power. As a rebel organization, you’ll face multiple enemy threats from each faction — and they won’t go easy on you, so make sure to adapt your combat strategy if you want to survive one more day. Identify their strenghts and take advantage of each weak point they have.

A thrilling story in Cyber City
The single-player story mode will take you to Star City – a restless cyberpunk metropolis that never sleeps, an unforgiving place that doesn’t care if you live or die. Fight your way up through the ranks of the city, from street thugs to elite agents, to unveil the darkest secrets of this cyberpunk setting. Three companions will help you in every battle on your way to the top. You better be prepared to make difficult decisions…

Rogue-like endless mode
Put your best decks and strategies to the test in a challenging roguelike mode. Great rewards await for those willing to take risks – but beware, because a bad decision could take you back to the starting point. Your efforts won’t ever be wasted, though: you will earn credits to purchase items to help you in the future, and if you beat some special enemies, you will get special items for your next run.

-Build a unique team of roguelike fighters. Choose among eight characters, each one with its own set of cards.

-Create an unstoppable deck. With a pool of more than 200 cards, you can combine them and use them to solve the many challenges you will have to face in this dangerous cybercity.

-Explore a unique city where every playthrough is different You will encounter different enemies and events, and your choices will shape Cyber City’s landscape.

-Face hundreds of moral dilemmas. Star City is packed with random events. Shape your character as you progress through the game: will you help everyone in need, or will you choose a darker path?

-A thrilling cyberpunk story where you will have to unveil the darkest secrets of your new homeplace.

-An endless roguelike mode to test your wits, skills, and tactical thinking