Microsoft are all set to release their swanky Xbox 360 Arctic Camo controller next month to add the growing collection of themed Xbox 360 wireless controllers and we’ve had a chance to play with it first hand and think it’s rather sweet. It has to be said it’s unlikely to offer any tactical advantage in your multiplayer gaming sessions despite looking the business.  Aside from its cool looks , if you want one then expect to fork out around $54.99 or £39.99 from the Microsoft store when it becomes available. In the mean time, take a look at our Sexy Xbox 360 controllers video to see the controller close up alongside some of the other themed controllers such as the black and purple chrome editions as well as the much older silver version. 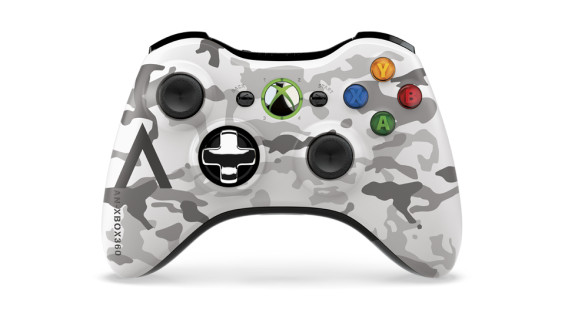