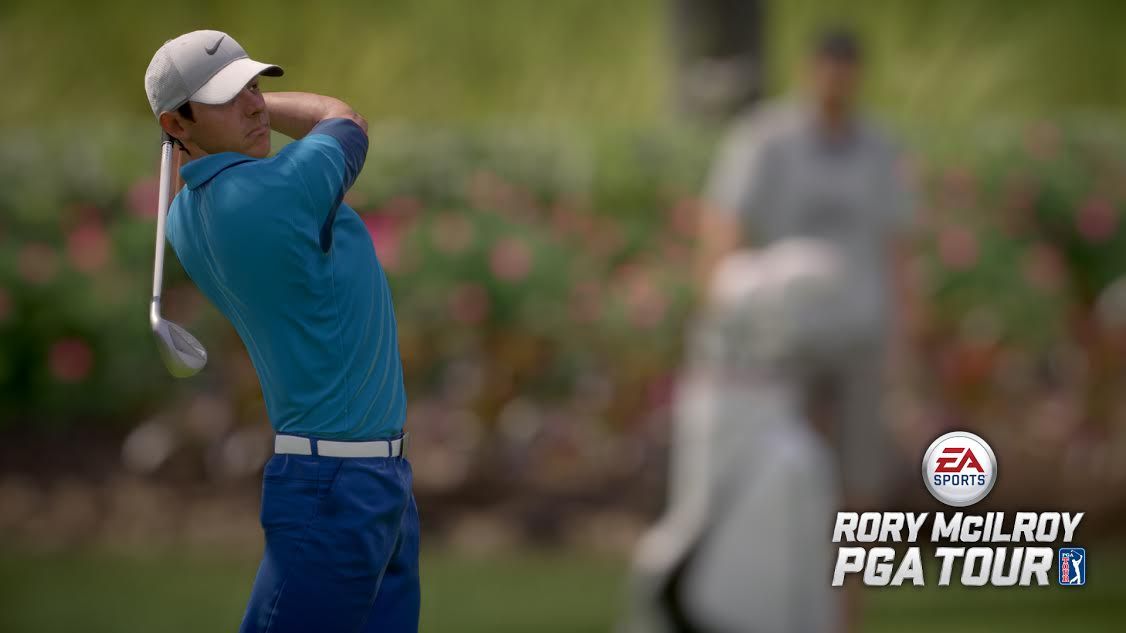 Golf has long been a staple of console gamers since the original Nintendo and every year following that we’ve seen amazing changes across the board to make the game as immersive and fun as possible. The Tiger Woods name dominated EA Sports PGA series for quite some time, but that came to a screeching halt when his escapades came to light and trash talking about him came from every direction starting with ESPN and even my own grandmother. Golf fans have waited a long time for a reboot of the franchise and it seems EA has found their new golden boy in Rory McIlroy. Sure he isn’t the rock star that Tiger was, but he is an amazing player and embodies a more wholesome appeal. Can EA re-energize the PGA series with Rory as their front man or is this just more of the same old game with a new face?

Players are immediately thrust into a showdown series of events with a narrative by Rory McIlroy between holes that serves as a nice prologue of what to expect. Even an inexperienced gamer can become quickly immersed since the game seems to offer a forgiving play style designed to keep you in the heat of the moment. If you happen to flop and double bogey every hole you can replay this at a later time to get the glorious ending you desired. This little introduction serves as a nice hands-on learning experience before you jump into the tutorial that breaks down everything from putting spin on your ball to sinking those long putts.

Giving a port from real life to videogames has always been the goal of EA Sports with their PGA series, but sometimes the controls don’t always work out as well as one would hope. In Rory McIlroy’s PGA Tour there are 3 different types of swing options that allow the player to choose the style that best suits their playing ability and provides a challenge on that skill level. The first style is Arcade and is the most simplistic of them all. It utilizes the left analog stick to swing your club back and forth with power and accuracy after you select the hitting placement of the ball to adjust for spin and trajectory. Next is the Classic style that steps up the difficulty with the traditional 3 click method that golf games from years ago used. It allows the player to have more control with power and precision shots, but with a little more complexity than the arcade mode. The last style is Tour which uses the same swing style as arcade, but adds a more intricate control scheme that allows you to curve shots based on the angle you select with the left analog stick. Overall, this is the most difficult of the 3 and provides a more real life struggle of trying to hit that perfect shot. 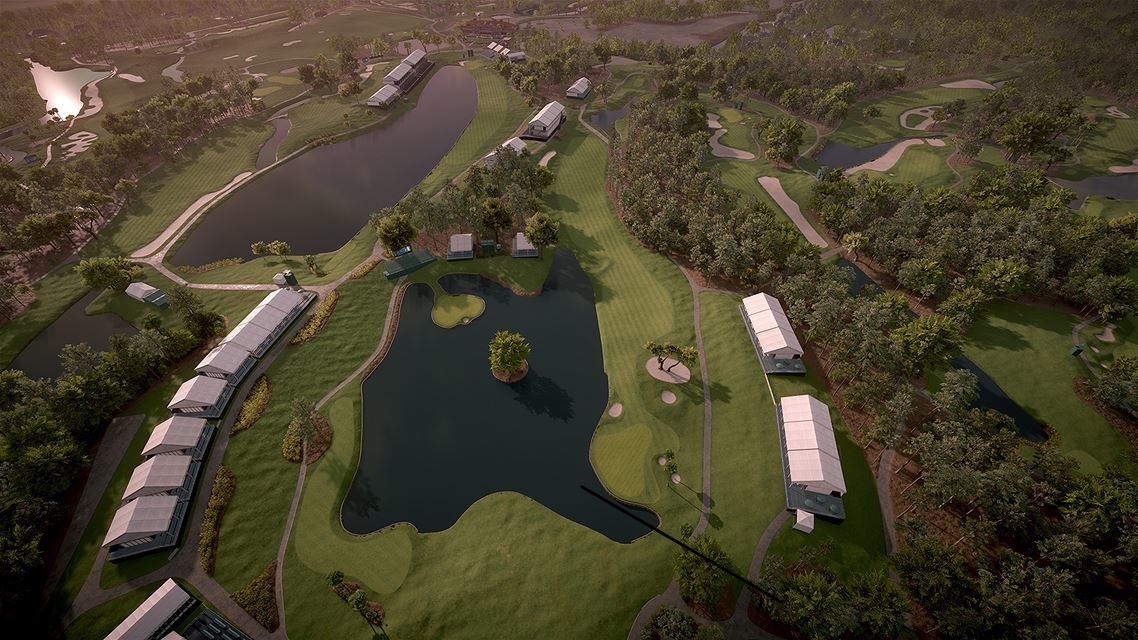 The bread and butter of EA Sports golf games have been the engagement of the player with their in depth PGA Tour Pro career mode. In the past this was an overwhelming experience trying to start out as a rookie and make it to the top of the leaderboards in a tournament, but in this year’s outing things seem to be a little more simplified allowing the player to rank up their skill points with each outing. While accruing skill points allows your golfer to maximize their potential it also levels you up to select new equipment that improves your golf game. Matching hole for hole with the pros happens much quicker than in the past giving you a more meaningful golfing experience. The customization tool is bare bones and only allows you to select a handful of preset options that you’d expect from an original Xbox game, but not a current gen console or a company that has allowed a much deeper customization in previous iterations of the game. Even though this is just a cosmetic touch to a very deep game mode you can’t help but to feel a little short changed creating a character you’re going to use for the majority of the time.

There are a few other modes like Play Now which allows you to jump straight into gameplay if you don’t have time to dive into career mode. Sadly there is no carry over on your created player or any other type of customization to be utilized in this mode or the new Night Club Challenge. This by far is one of the most enjoyable approaches to their PGA series in years offering up more of an arcade style game that requires you to hit targets, knock over barrels, avoid explosions, and roll under gates. Based on your performance you’ll earn up to 3 stars which can keep you trying for hours on the more difficult challenges. 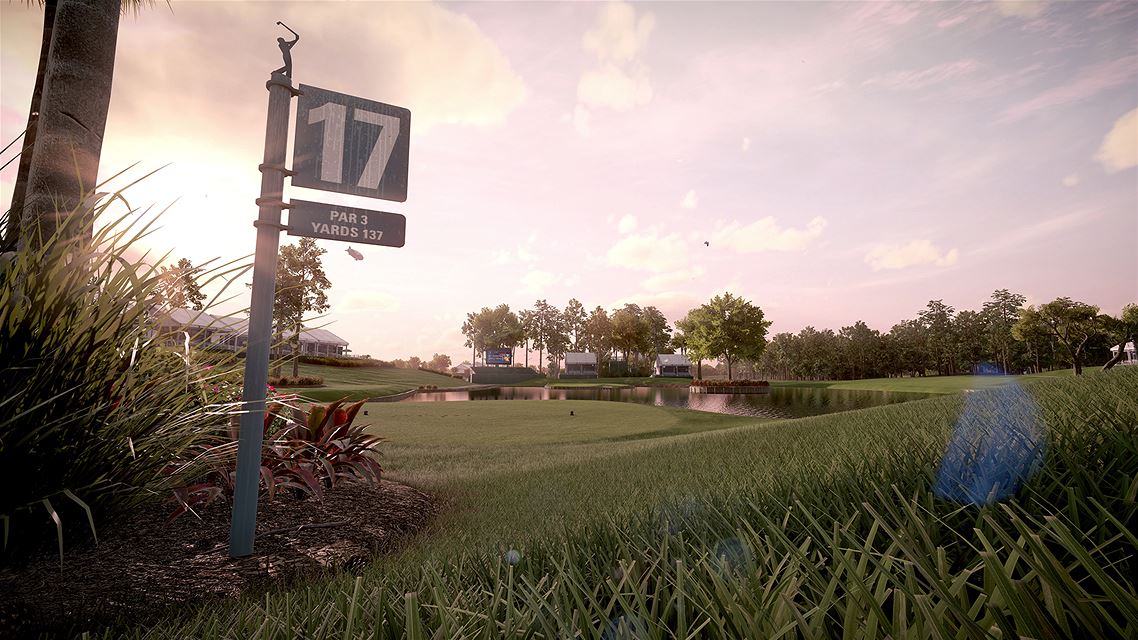 Visuals aren’t spectacular and look more like last gen consoles than what we’ve come to expect from current gen consoles. You’ll see skips and glitches during gameplay as well as cuts in the environment players shouldn’t be seeing if the game had enough polish (especially since they are using the Frostbite engine now). Character models aren’t bad, but when you see the hitch in their swings or gait it makes you wonder what EA did to improve on their PGA game during its hiatus. Voice acting by Rory McIlroy is spot on, but most likely because Rory McIlroy actually did it. Kidding aside, the commentary feels like you’ve teleported back 10 years when play by play was the same old scripted garbage hole after hole. You’ll hear the NBC sports and Golf Channel drone on about club selection, perfect placement on the fairway, and how terrible your short game is (which may actually be worse than in real life). Sound effects are what you’d expect from any golf game which produces an authentic crack of the ball and depending on how well the shot is placed a roar from the crowd or disappointment that is well vocalized.

PGA Pro Tour career mode gives you plenty to play around with and is where you’ll spend the most substantial portion of gameplay. Sadly there seems to be a limited number of courses on which to play and real life players to compete against. With only 8 authentic courses and 4 of EA origin you’ll find yourself becoming accustomed to the in’s and out’s of each rather quickly. Augusta fails to make an appearance due to an expired license, but who knows maybe we’ll get that tacked on as a free add-on since there was such a small offering of initial courses (insert laugh here). There is also the online aspect of Rory McIlroy that provides the bare minimum of match and stroke play. All the great online features of previous titles have been stripped away and replaced with nothing. 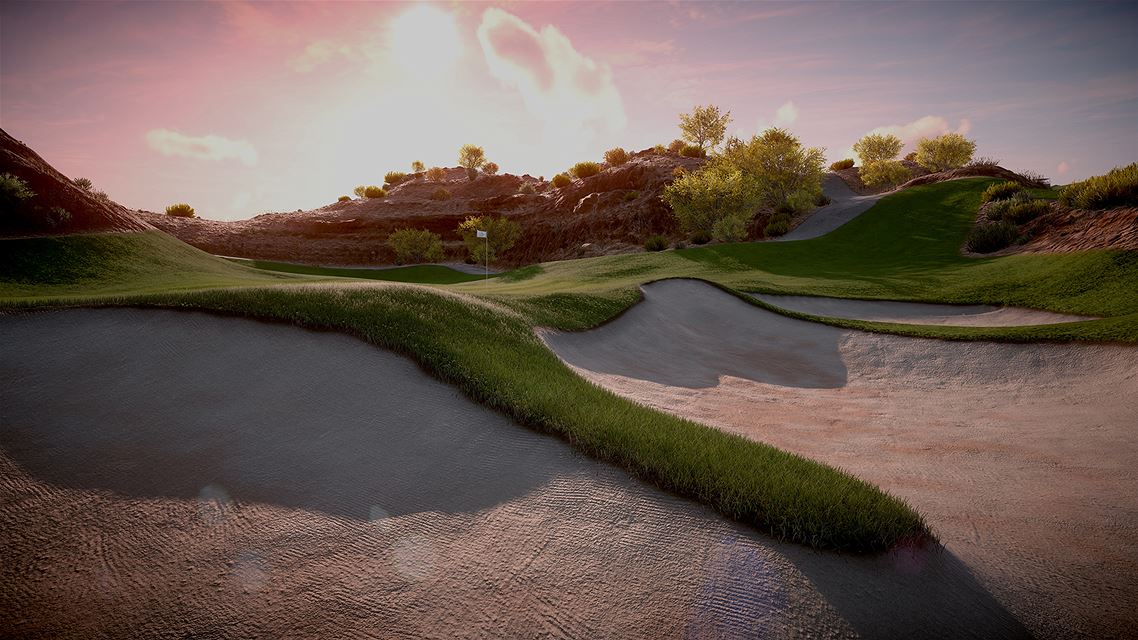 Overall Rory McIlroy PGA Tour barely makes the cut, but since it really is the only golf sim on the market that has a previous track record, that isn’t saying much. Graphics aren’t pushing that Frostbite 3 engine to its limits, commentary is spotty at best, and there is less content on the disc than bathing suits at a nude beach. Fans of the series can’t help but to feel slighted at the limited course offerings, the cutting out of Legends and LPGA players, and a skimpy offering of online play that use to be bursting with options. The Night Club Challenge is one of the few bright spots of the game, but won’t keep you coming back on a regular basis. EA could have used the one year absence to get a jump on the game and make a lasting impact on the series, but Rory McIlroy’s first game lands straight in the sand pit.